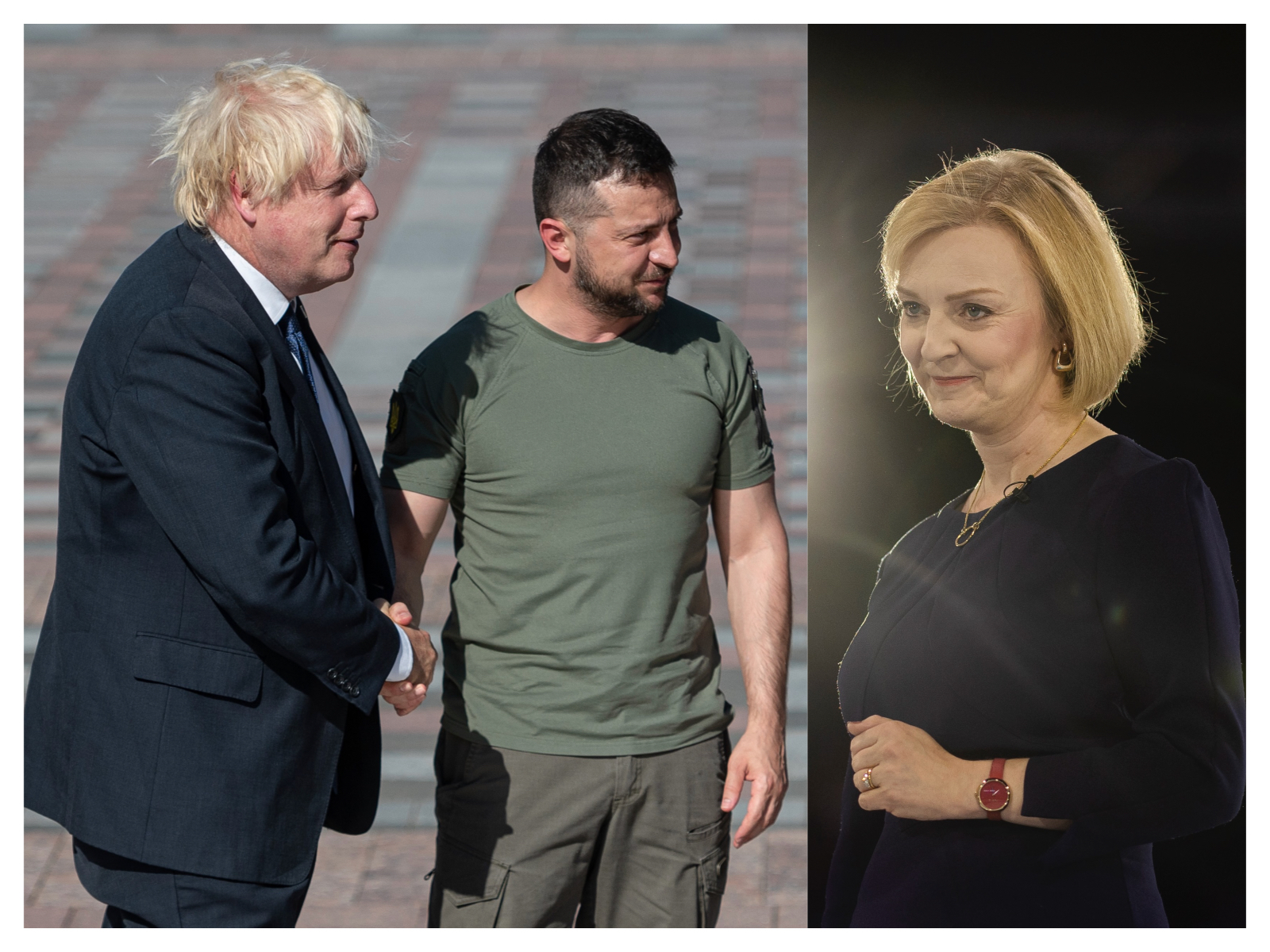 Truss won the race for Conservative Party leadership on Monday. She will replace Johnson, who resigned under pressure in July, on Tuesday. During a final phone call as prime minister on Monday, Johnson thanked Zelensky “for his leadership and friendship” and promised to “stay in close touch as friends,” according to 10 Downing Street.

Zelensky spoke about the call and paid tribute to Johnson during a televised address to Ukrainians later in the day. He thanked the British leader for his “friendship” and predicted that Truss would help Ukraine defeat Russia.

“Today, the prime minister of Great Britain and a great friend of our people, Boris Johnson, is leaving his office,” Zelensky said. “I believe that he will not leave political activity and will continue to support the defense of freedom in Ukraine, in Britain and around the world. I spoke to him today. As always, it was a very good conversation.”

“It is usually said that there is no friendship in politics, but Boris is the case when you understand each other with half a word, when friendship exists, when it is strong and when it really strengthens both our states,” he added. “From the first minutes of Russia’s full-scale war against Ukraine and Europe, Boris was with us.”

Zelensky said that he “felt that Britain stood with Ukraine” long before the war began on February 24. He said that his work with Johnson had “managed to bring Ukrainian-British relations to the highest level throughout the entire time of our independence.”

Zelensky went on to say that Ukraine was “already looking forward to continuing our cooperation with Boris in his new status.” He then offered praise for Truss and predicted she would “be able to do a lot more” to defeat Russia.

“I am no less looking forward to the start of cooperation with the new prime minister of Great Britain, Mrs. Liz Truss,” said Zelensky. “We in Ukraine know her well—she has always been on the bright side of European politics.”

“And I believe that together we will be able to do a lot more to protect our nations and to thwart all Russian destructive efforts,” he continued. “The main thing is to preserve our unity, and this will definitely be the case.”

Newsweek reached out to the U.K. embassy in Washington, D.C., for comment.