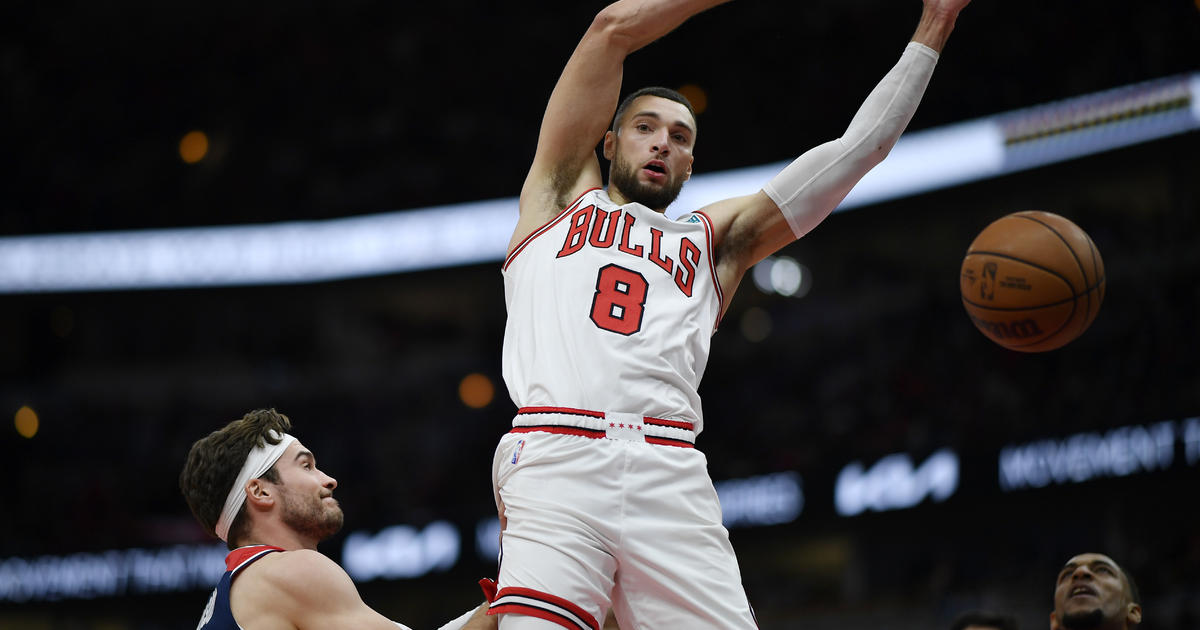 CHICAGO (CBS) — After exploring free agency, All-Star guard Zach LaVine is expected to re-sign with the Chicago Bulls, according to a published report.

LaVine has been linked to several teams as an impending free agent since the Bulls were knocked out of the postseason by the Milwaukee Bucks.

After revealing that he plans “to enjoy free agency” following that loss to Milwaukee, rumors have suggested his interest in the Blazers, Spurs, Lakers and others.

But according to Bleacher Report, it doesn’t look like any of those teams will be able to successfully recruit the two-time All-Star, as the outlet reports that LaVine is expected to re-sign with the Bulls.

Talks between the Bulls and LaVine’s camp now appear centered on the fifth year of a possible max deal. LaVine is eligible for a deal worth a projected $212 million, but the exact format that deal takes, and whether it includes a player option or non-guarantee in the final season, are still to be determined.

LaVine is coming off of knee surgery, and has a history of knee injuries that make his long-term durability a question mark.

Chicago will still eagerly pay up to keep him, but the idea that the Bulls might want to work some sort of injury mechanism into his contract makes plenty of sense on the surface. In fact, that might have played a part in motivating LaVine’s open-mindedness about other teams.

But with Bleacher Report’s Jake Fischer reporting that he is expected to stay in Chicago, the two sides appear to have made progress in bridging that gap.