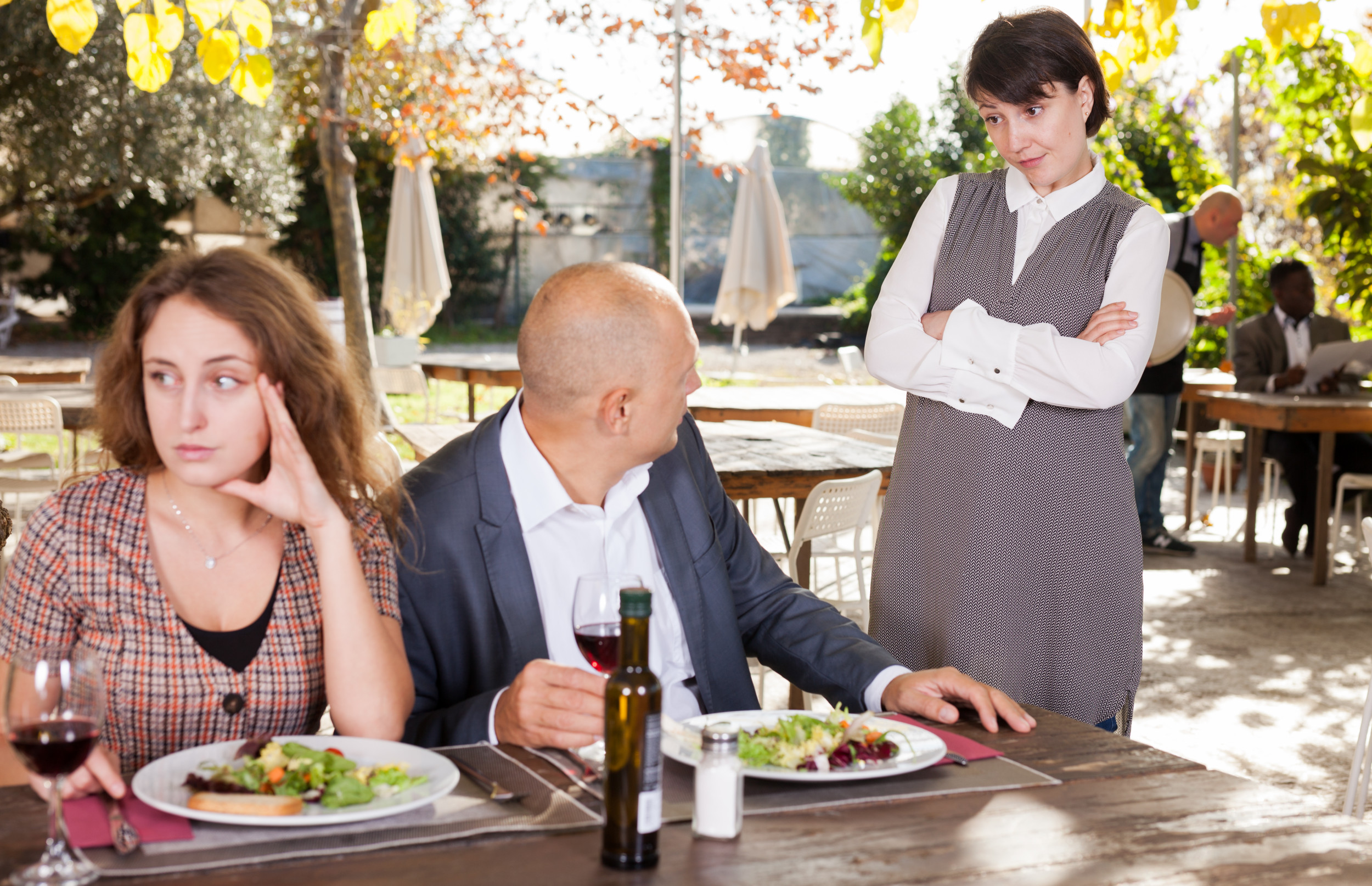 A woman who made an insensitive comment about the host of a dinner party, and then was angry no one corrected her afterward is being dragged online.

In a post to the popular Reddit forum r/AmITheA**hole, u/After-Cantaloupe-595 earned over 15,700 upvotes and 1,700 comments for her post, “[Am I the A**hole] for not saying anything when someone called me spoiled and privileged?”

Though they weren’t close, a friendship had been progressing between u/After-Cantaloupe-595, otherwise known as the original poster (OP), and “Camilla,” the girlfriend of her husband’s best friend, “Nate.” Camilla has been critical of some of the OP’s hobbies—for example, OP and her husband play tennis, which Camilla calls “a rich people sport”—but no offense appeared to be taken. Camilla had only known u/After-Cantaloupe-595 and her husband for about six months.

Recently, OP and her husband hosted a dinner party, inviting Nate, Camilla and some other friends. As the conversation drifted to the state of the world and the economy, u/After-Cantaloupe-595 says she was about to agree with Camilla about the topic, but she cut her off.

“Haha, no offense, but you are way too much of a spoiled privileged girl to understand things like this. You would need a tragedy or two in your life to understand struggle. I love you, but you never experienced any hardship in your life, haha,” u/After-Cantaloupe-595 described Camilla as saying, casting a silence upon the room.

Following the awkward silence, u/After-Cantaloupe-595 changed the subject by suggesting they eat. The following day, Camilla texted her, chewing her out for not saying anything at the party.

“Nate told her afterwards that I had an abusive father and I fell ill as a teenager, spent months in the hospital, had to have multiple life saving surgeries and it took me a month to learn to walk again,” u/After-Cantaloupe-595 wrote.

Camilla said that by not speaking up, OP made her look like an jerk to Nate’s friends. She said u/After-Cantaloupe-595 should have corrected her so she could have apologized—but since she didn’t, OP “took that chance away from her and now she will never make friends.”

OP says that she thinks Camilla’s being “ridiculous,” but decided it “never hurts to ask” if she was in the wrong.

Unfortunately, making an inadvertent insult is a fact of life. It’s something nearly everyone on this planet will do at some point. It’s not the end of the world, and Psychology Today recommends what to do—and what not to do—in this case.

Camilla, sadly, broke the very first rule Psychology Today lays out—”Don’t guilt the offended party.” The magazine says that to do this just increases the insult one’s supposed to be apologizing for. Other tips are to not argue that there was no harm intended—also known as the “I’m sorry IF you were offended” nonpology—and don’t ignore the offended party’s reaction.

Instead, Psychology Today says to be respectful and apologize—a real apology where the offender admits that they had done wrong and takes responsibility for it. It’s not necessary for the offender to insult themselves, though, and the magazine even says this undercuts the apology by making about themselves rather than the wronged party.

“[Not the A**hole],” u/katiethekatie wrote. “Camilla wants a performative friendship. She was trying to meet new people and committed a major faux pas by trying to make herself seem worldly by calling you out in your own home and it backfired on her spectacularly. Be cordial, be polite, but move on.”

“I 100% agree with you. I just want to add that it’s very impressive how OP shut Camilla down and just dropped the subject. Op showed they’re the bigger person!” u/CaptainFace13 added.

“I’d like at add, anyone who’s actually suffered the way Camilla thinks they need to doesn’t treat it like a contest. That attitude of ‘you haven’t suffered enough’ makes me wonder what tragedies she’s suffered and if they’re not ‘my bf broke up with me right before Valentine’s Day,'” u/RattusRattus wrote.

“[Not the A**hole], be sure to tell Nate what Camilla messaged you,” u/FireEbonyashes wrote. “Her message didn’t even have an apology. Just straight up blaming you for her own big mouth.”