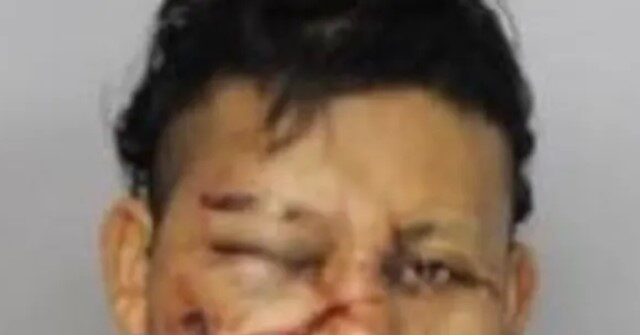 Witnesses in Gainesville, Georgia, disarmed an alleged robber Christmas morning after he slipped and fell on ice.

FOX News reports that 30-year-old Luis Sajbocho-Ordonez allegedly hid behind a business Christmas morning “and pulled a gun on an employee who walked outside.”

The employee fought back and a second employee came outside, startling Sajbocho-Ordonez, who then allegedly fired a shot.

Sajbocho-Ordonez then tried to flee but “slipped on a patch of ice and hit his head on the ground,” WSB-TV notes.

Witnesses took two guns from Sajbocho-Ordonez as he lay on the ground; police then arrived to arrest him.

Gainesville police observed it was “like a scene from Home Alone. Fortunately, no serious injuries occurred and the perp went to jail.”

AWR Hawkins is an award-winning Second Amendment columnist for Breitbart News and the writer/curator of Down Range with AWR Hawkins, a weekly newsletter focused on all things Second Amendment, also for Breitbart News. He is the political analyst for Armed American Radio and a Turning Point USA Ambassador. AWR Hawkins holds a PhD in Military History, with a focus on the Vietnam War (brown water navy), U.S. Navy since Inception, the Civil War, and Early Modern Europe. Follow him on Instagram: @awr_hawkins. You can sign up to get Down Range at breitbart.com/downrange. Reach him directly at [email protected]