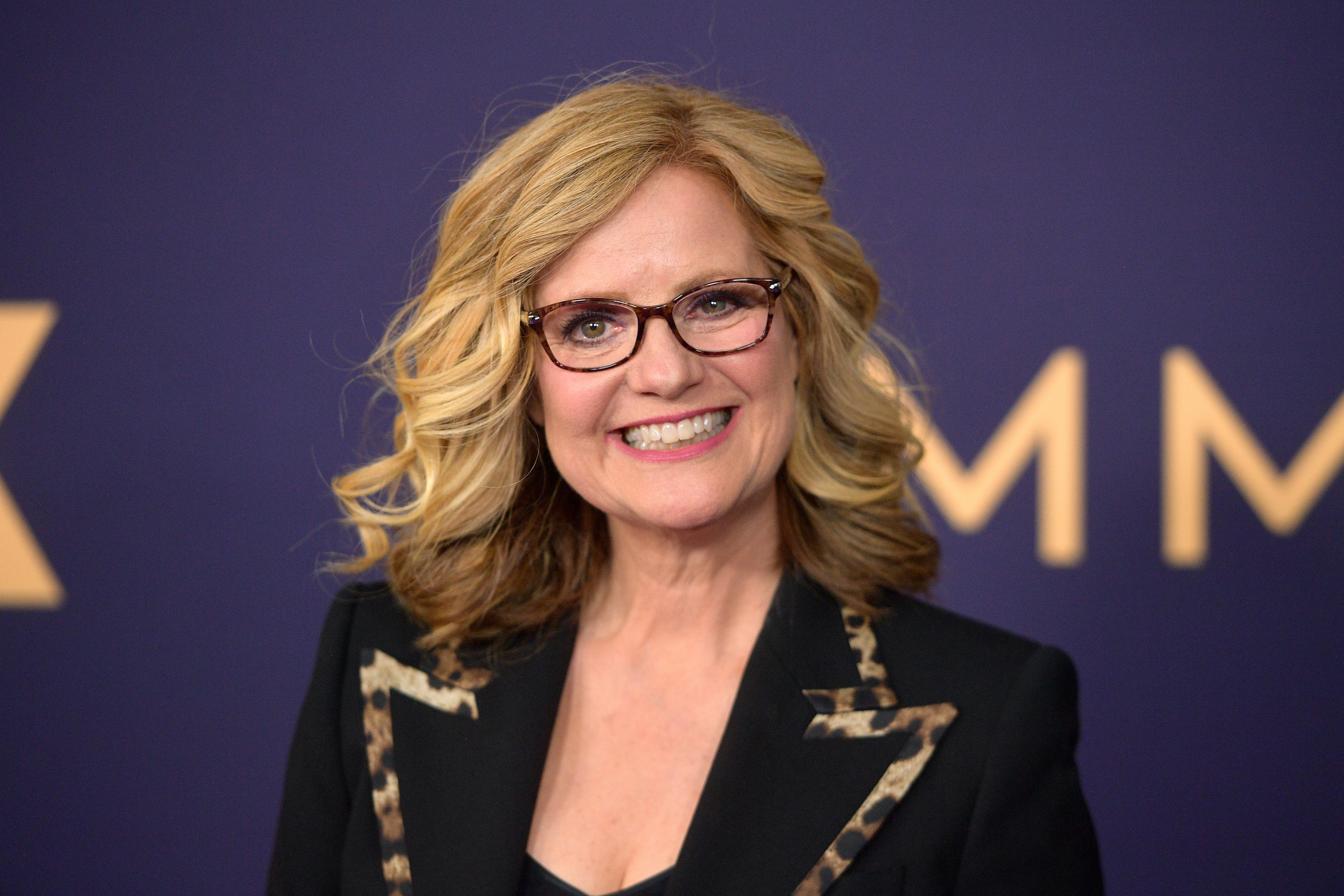 “It’s a big deal that [Amber Brown’s] parents get divorced, and seeing it through a kid’s eyes, her pain is so real.”

Bonnie Hunt is one of those hidden Hollywood talents. You know her work from films like Jerry Maguire, The Green Mile, and Jumanji. Or you know her TV work, like her sitcoms Bonnie and Life with Bonnie. But what you might not know is that Hunt is a Hollywood triple threat: an actor, director and writer.

Her latest project is the Apple TV Plus series Amber Brown, based on the popular children’s book series. Hunt directed, wrote, and executive produced the series.

“It’s a big deal that her parents get divorced and seeing it through a kid’s eyes, her pain is so real,” Bonnie Hunt told Newsweek’s Parting Shot. “And that sadness, that longing, ‘When is this going to go back to normal?’ And as this first season goes on, [we’re] getting a little closer to the acceptance that maybe it’s not.”

Listen to the full conversation between Hunt and Newsweek‘s H. Alan Scott on the latest Parting Shot. Available on Apple Podcasts, Spotify or wherever you listen to podcasts.

SUBSCRIBE TO THE PARTING SHOT WITH H. ALAN SCOTT
ON APPLE PODCASTS OR SPOTIFY

What inspired you to do Amber Brown?

It actually was my mom. A couple years ago, she was encouraging me to write about this generation—because I’m an aunt to many nieces and nephews, I have six siblings. So my mom’s like, “You should write about being an aunt, because I hear all the laughter and them confiding in you, and you speak to these young people because they need it.”

And then I started writing an outline. At the same time, I ran into one of the executives. They asked me what I was working on, I told them and they said, “Well, we have this series of books, Amber Brown.” And so I took a look at them. And I had to talk to [Amber Brown author] Paula Danzinger’s family, of course to get their blessing.

I let them know that I would want to set Amber in present day, because the books were written many years ago. I wanted to make her an artist, and apply a lot of my own personal life and my experience with my mom to this, but the inspiration from the book is the heart, the humor, the intelligence. And they gave me their blessing. So I dove right in.

There is something special about children’s literature, even if you’re an adult reading it, you find that connection, that sort of nostalgic touchstone in your childhood. When you first started reading the Amber Brown stories, what touched you?

It was interesting. It was translated into so many languages and so many people were reading it—I didn’t even know of the books until [the executive] told me about them. I think it was a similarity, that combination of both worlds, and being able to bring Amber into the present day and make her older, but keep the heart and soul of family disappointment and expectations.

I mean it’s a big deal that her parents get divorced and seeing it through a kid’s eyes, her pain is so real. And that sadness, that longing, “When is this going to go back to normal?” And as this first season goes on, [we’re] getting a little closer to the acceptance that maybe it’s not.

I’ve had many conversations with our mutual friend Danny Pellegrino (from the Everything Iconic podcast and author of the book How Do I Un-Remember This?: Unfortunately True Stories) about how much we love your work. When I saw you in Jerry Maguire, I didn’t care about Renee Zellweger, although I love her, and I didn’t care about Tom Cruise—I just wanted to be you. I wanted the movie to be told from your point of view.

I’m so lucky to have fans like you guys, because we get each other, you know? We just kind of get it, we speak the same language. And it’s just so fun when people get it. That’s what I love.

Even when my shows didn’t last, the people got it, even if it was six episodes, one season, two seasons. And I see them in the grocery store and they’ll remember certain lines or certain moments and that’s that’s all the payment I need. I love that part of it.

We get each other, and I’m so happy I pushed as hard as I did in the early 90s [on Bonnie]. I was the first person to do all that, right? Star and executive producer on a show. I had to go to all the unions, I had to get everything approved because nobody had ever done it. I just wanted to be the storyteller and see it all the way through and do something different where the actors were just so real and overlapping dialogue and using extra cameras and shooting it like a single camera. All that stuff’s now normal.

I’ve always felt like you played a lot of moms or wives or sisters, great supporting characters, which gave you a lot to work with. But sometimes I was like, “I want to see her in a lead role immediately in a film.” You definitely excelled in voice work and you did a lot of interesting stuff with Pixar. But did you ever feel like you were pigeonholed at all with some of those films?

I guess you can look at it that way. But you know, I’m a blue collar kid, Chicago city kid. I was a nurse for seven years. An oncology nurse, I worked in an emergency room. I still volunteer as an advocate for newly diagnosed cancer patients. I’ve never fully left my nursing background to become a storyteller.

To be a part of the [Hollywood] magic, that meant so much to me and still does today. I love to get lost in a great film or a great play or a great TV show. I did Rain Man and Jerry Maguire with Tom Cruise, I played Tom Hanks’ wife in The Green Mile, Cheaper by the Dozen with Steve Martin, Jumanji with Robin Williams.

Yeah, maybe I was the second banana or a character actor. But boy, it’s the company you keep. Just great times with great people. And those are the memories I hold dear. They’re so valuable, more than whether it was a starring role or not, you know? It’s the people.

Back to my amazing mom—she always said to me, “Bonnie, be mindful of the energy you’re going to put out in the world. Because it can have a ripple effect.” And I think the ripple effect is what I love.

When I’m in the grocery store, and somebody comes up to me and they’ll say a line, something that I wrote that really stayed with them. Like with Return to Me. Does it make people happier? Do they feel like they can relate to something I’ve written? Because that stuff was so powerful to me as a kid; certain movies and TV shows that I was just like, “Oh, my God, I love these people.” And when I was writing Return To Me, [MGM asked] “What’s the movie?”

And I said, “I’m not sure yet, but I’m gonna write something where I think people are gonna want to crawl on the screen and be with those people.” That was my goal.