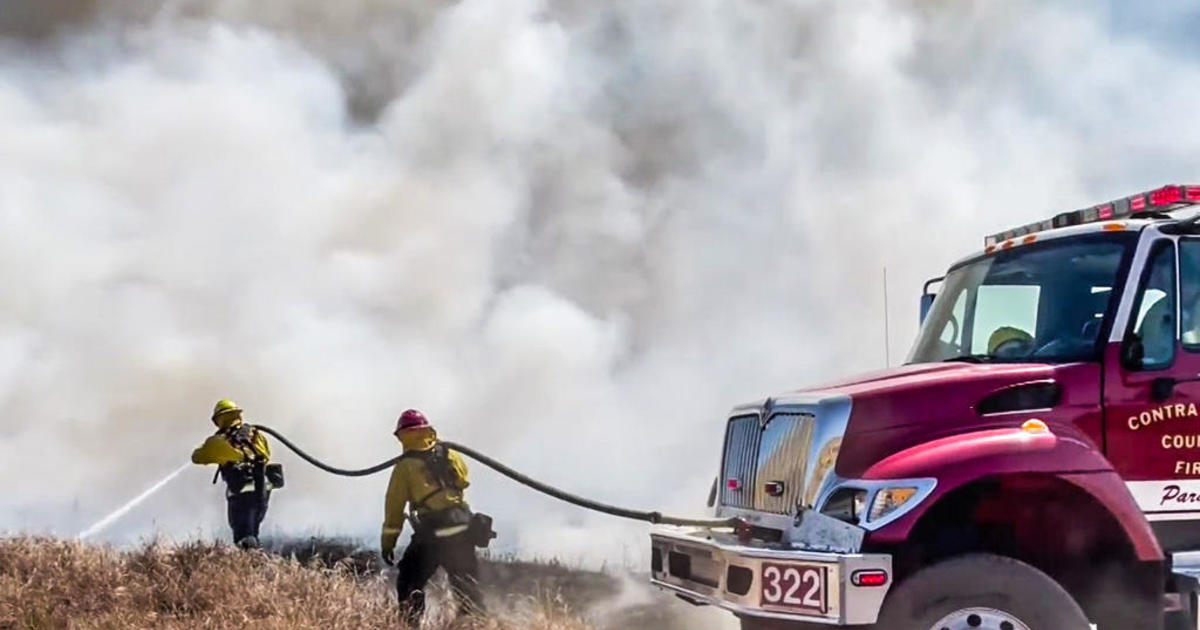 SAN FRANCISCO — Windy and dry conditions pose an increased risk of wildfires Thursday and Friday, according to the National Weather Service.

The warning extends eastward all the way to the Sierra foothills and includes the Sacramento Valley and northern San Joaquin Valley and runs until 8 p.m. on Friday.

The warning comes shortly after the service issued a wind advisory Wednesday for the North Bay’s interior mountains and East Bay hills in effect from 11 p.m. Thursday through 2 p.m. Friday.

The strongest winds are expected early Friday morning, with gusts reaching 40 miles per hour in southern Napa County and in Stockton and about 30 mph in most other areas of the region.

Humidity levels are expected to drop below 20 percent in most areas by Friday afternoon, except for along the coast where they will be about 30-40 percent.

Firefighters in Contra Costa County had been scheduled to use drip torches to cut fire breaks near I-80 and the Phillips 66 refinery Thursday. Instead, they were training in Concord due to the increased fire danger from low humidity and high temperatures that put a pause on fire break operations through the weekend.

“Wanted to make sure our crews were ready and in service and it’s so hot today that we felt it was in the best interests to call that training off so they’re prepared and ready to go if they get any kind of vegetation fire today,” ConFire Fire Marshall Chris Bachman told KPIX 5.

The concern is real. ConFire has already seen a 25 percent increase in vegetation fires over the first four months of the year.

Our camera spotted a DoorDash driver trying to stamp out a small fire in Pleasant Hill with his delivery bag this afternoon.

“It wasn’t real big so, I knew that I could just jump over the fence and try to knock it out with my bag, but I’m glad the firefighters are here now,” Isaiah Vaughn told KPIX 5.

With concerning conditions already upon us this May, firefighters do have one very important request for days like today: do not clear the tall, dry grass until temperatures drop and winds settle.

“Red flag days are not the days to be going out there and working with equipment because they can create sparks,” said Bachman.