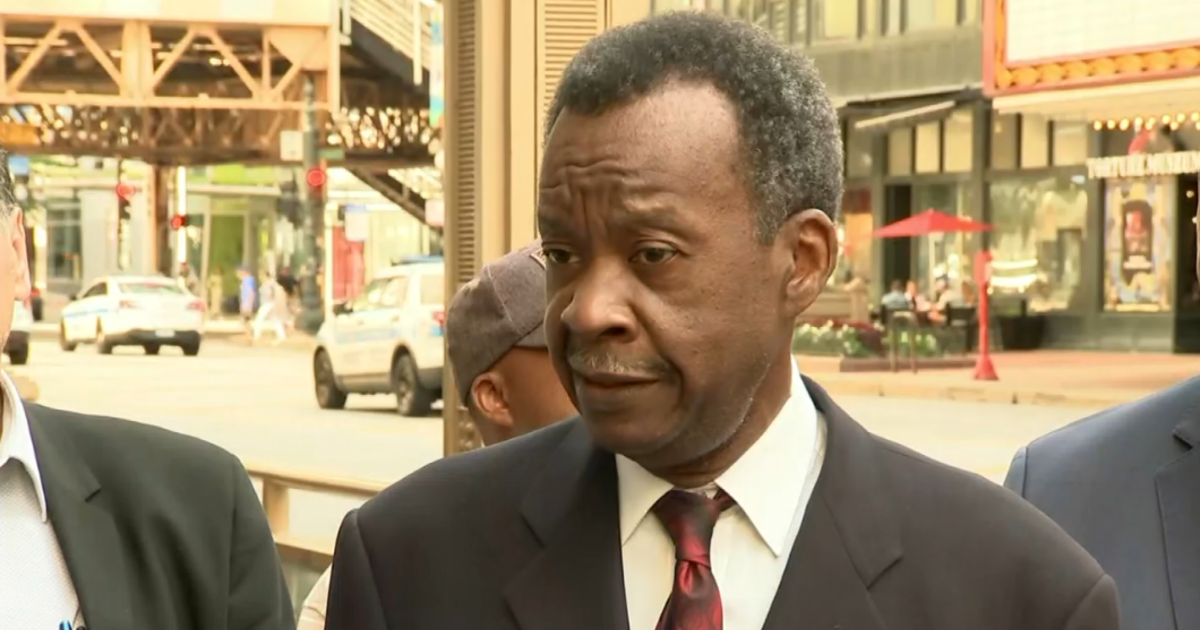 CHICAGO (CBS) — Mayoral candidate Willie Wilson on Wednesday said he wants to bring back a dedicated CTA police force and return conductors to every train to stem spiking violent crime on the city’s public transit system.

Wilson said Mayor Lori Lightfoot and other elected officials in Chicago are “totally out of touch” when it comes to crime, particularly on the CTA.

“You must first protect its citizens by all means. You can’t look at the dollars in terms of budget-wise, and things of that nature. You must take care of the citizens at all costs,” he said.

Wilson outlined a six-point safety plan for the Chicago Transit Authority, including bringing back the CTA’s own dedicated police force, which was disbanded in 1979.

The Chicago Police Department has a dedicated transit unit, but Wilson wants CTA to have its own police force, with at least 300 officers, some of them in plain clothes to ride trains and buses. He said he would also consider hiring as many as 800 armed security guards for the CTA.

He also wants those officers trained in de-escalation techniques, and to work with community health centers and social organizations to help provide services to CTA passengers who need assistance.

Wilson also wants to bring back CTA conductors on every train; to seek federal charges for violent crimes committed on buses and trains; to strictly enforce rules banning smoking, soliciting, and urinating on the CTA; and to enhance on-board communications on buses, trains, and terminals to allow passengers to quickly report problems.

He also proposed creating a website to allow CTA customers to track where crime is happening on the system.

However, Wilson has not said specifically how he would pay for his security plan.

While overall crime is down on the CTA compared to before the pandemic, violent crime is up, as CBS 2’s Tara Molina reported on Tuesday.

With 1,115 CTA crimes reported in total so far this year on CTA property, there is indeed a drop of more than 40 percent from last year and pre-pandemic 2019. Included in those numbers are crimes such as cellphone, purse thefts, and pickpocketing – and total theft numbers are way down.

But violent crime is up – since this time last year and also compared with before the pandemic began.

Criminal sexual assaults and homicides are also up. There have been a total of three homicides on CTA property this year.

Chicago Police Supt. David Brown this week said police are stepping up patrols on CTA trains across the city after recent violence, including a fatal shooting on a Red Line train Saturday.

Brown said police have deployed officers to parts of the CTA system with high incidences of violence – including the Roosevelt Red Line station, where officers tend to be present constantly.

Police plan to pull officers in uniform from different assignments, such as desk duty.

While many riders have said they haven’t seen the increased police presence on the CTA, Brown said there’s a reason.

“We are adding more and more resources, but not on every train. That wouldn’t be practical. But we need to add more. So likely the ‘they’ were on a train and didn’t see, but there are some ‘theys’ that were on trains that did see that you likely didn’t talk to. So we’ve got a lot more work to do,” Brown said. “I will just tell you – this is not going to be an easy task, but we’re dedicated to ensuring that people who ride the CTA are safe.”

When asked how many officers will be added to trains and platforms, Brown said he did not want to give those numbers out because he doesn’t want to show his cards to the offenders.

The CTA also said it will bring back K-9 patrols.