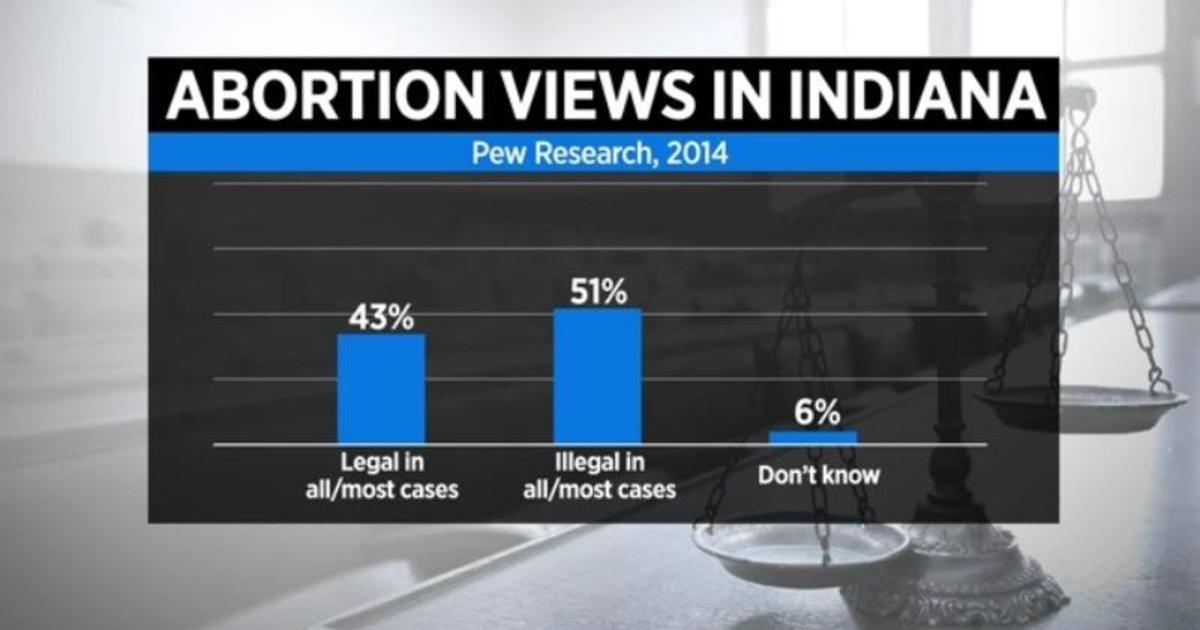 CHICAGO (CBS) — As Illinois doubles down on promises of keeping abortion legal, despite the Supreme Court, a larger question looms in Indiana.

CBS 2’s Chris Tye reports from Hammond where if Roe v. Wade is overturned insiders expect a special session in the state house to figure out what’s next for Hoosiers.

Many conservative states have what are called “trigger laws” in these states and the laws would make abortion illegal if Roe v. Wade is overturned on the books.

If and when it’s overturned, laws kick in making abortion illegal almost immediately. Indiana is conservative, but hasn’t passed trigger laws. But insiders said that could soon change.

An Indiana professor said she’s surprised the laws aren’t on the books already.

“It is surprising to me. Indiana also has a pretty good idea of the political consequences of particular pieces of legislation,” said Indiana University Law Professor Jody Madeira.

Indiana, with huge chunks rural and urban areas, is a state that is red, but not deep red. In Indiana, abortion is legal up to 22 weeks.

There is no “trigger law” on the books banning abortion if Roe is overturned. Insiders said the legislators may feel the political freedom to add one, during what they think could be a special legislative session this summer.

Madeira points to conventions skipping states with hyper-strict laws on abortion as one of those reasons for less strict rules.

The latest Pew poll on abortion in Indiana is seven years old.

*43% of adults said abortion should be legal

“I don’t think Indiana would be a state that would have difficulty passing legislation severely narrowing or ending the abortion right altogether,” Madeira said.

Tuesday is primary election day in Indiana. In Illinois as they more deeply plant their flag as a pro-choice state, it is very likely that if Roe v. Wade is overturned, and Indiana decides to tightened those rules, the corridor between Indiana and Illinois will likely more robustly traveled.

Chris Tye is a reporter and fill-in anchor at CBS2 Chicago.