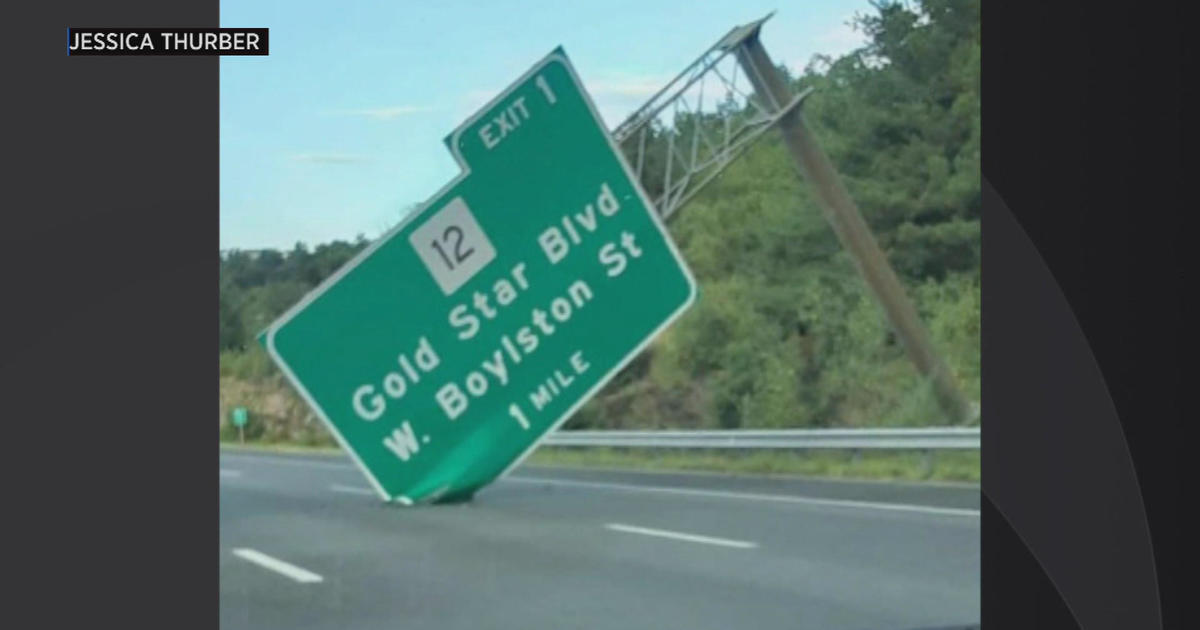 WORCESTER – MassDOT is still trying to figure out why a highway sign fell down onto I-190 in Worcester Tuesday morning.

It happened at about 7 a.m. on the southbound side of the interstate, just before Exit 1. Luckily, no one was hurt and no cars were damaged.

The sign structure is about 24 years old and went up in 1999 as part of a sign replacement project.

“MassDOT is performing a root cause analysis and will be reviewing prior structural inspection reports as part of this process,” MassDOT said. “If it is determined that the sign fell due to a structural failure all signs constructed during the same period in the corridor will be reviewed.”