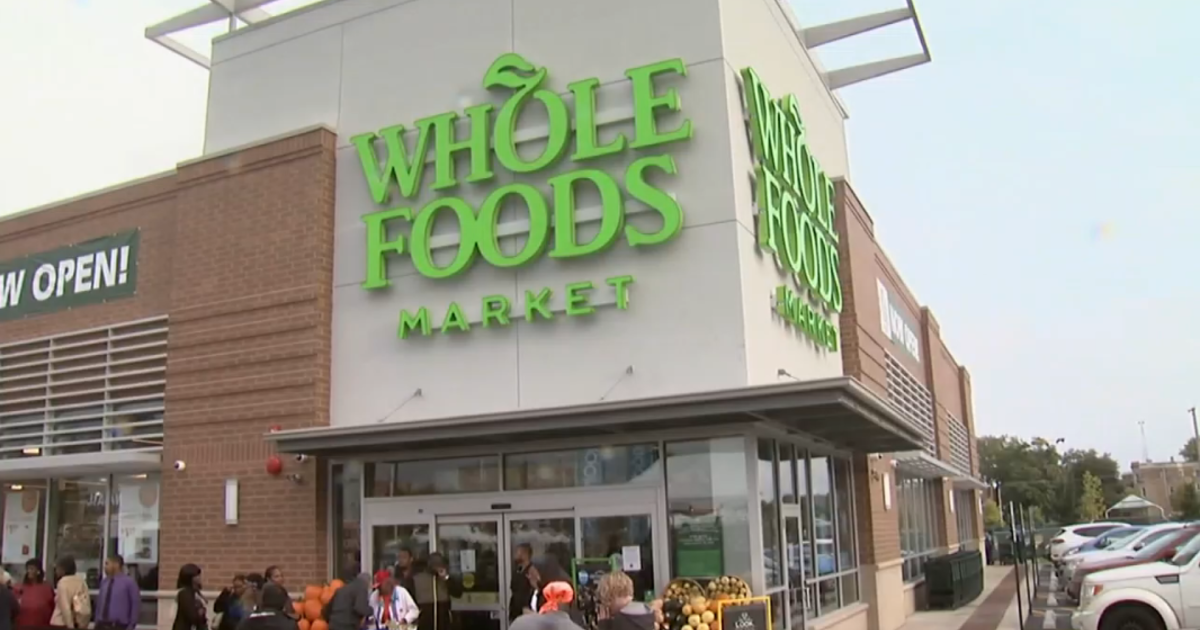 CHICAGO (CBS) — Whole Foods will be closing its store in Englewood, six years after opening a grocery store in what had once been a food desert on the South Side.

A Whole Foods spokesperson confirmed the company is closing six out of its more than 530 locations nationwide, including the Englewood location and their store in the DePaul University Welcome Center in Lincoln Park. The other stores closing are in Montgomery, Alabama; Mobile, Alabama; Tarzana, California; and Brookline, Massachusetts.

“As we continue to position Whole Foods Market for long-term success, we regularly evaluate the performance and growth potential of each of our stores, and we have made the difficult decision to close six stores. We are supporting impacted Team Members through this transition and expect that all interested, eligible Team Members will find positions at our other locations,” a Whole Foods spokesperson said in a statement.

The store anchors a larger commercial complex at the corner of 63rd and Halsted Streets. The City Council voted in 2014 to provide $10.7 million in city financing to a joint venture of DL3 Realty and Chicago Neighborhood Initiatives to pay for environmental remediation and infrastructure work needed to make way for the complex.

At the time the Whole Foods opened in Englewood, the company hailed its efforts to team up with 35 local businesses that would be providing products to be sold at the store.

The Whole Foods in Englewood was the chain’s first store on the South Side of Chicago, and at the time, the company said it was excited to expand to the South Side.

“We have been looking to expand further south for many years and this new store will help offer more Chicagoans fresh, high quality foods right in their neighborhood. We’re excited to work together with the city and local community long before we open our actual doors to build a custom store that meets the needs of Englewood,” said Whole Foods regional president Michael Bashaw at the time.

Once the Englewood store closes, Whole Foods will have only two stores south of Madison Street in Chicago — in the South Loop and Hyde Park — with eight stores north of Madison.

The closing of the DePaul location won’t have nearly the same impact on Lincoln Park, which has a wealth of grocery store options in the neighborhood.

However, the announcement of the closings comes only two days after Whole Foods opened a new 66,000-square-foot store on the border between River North and Gold Coast, at 3 W. Chicago Av., replacing the existing nearby store at 30 W. Huron St.

This is a developing story.

Steven Graves is a Multimedia Reporter for CBS2 Chicago who joined the team in September 2019.