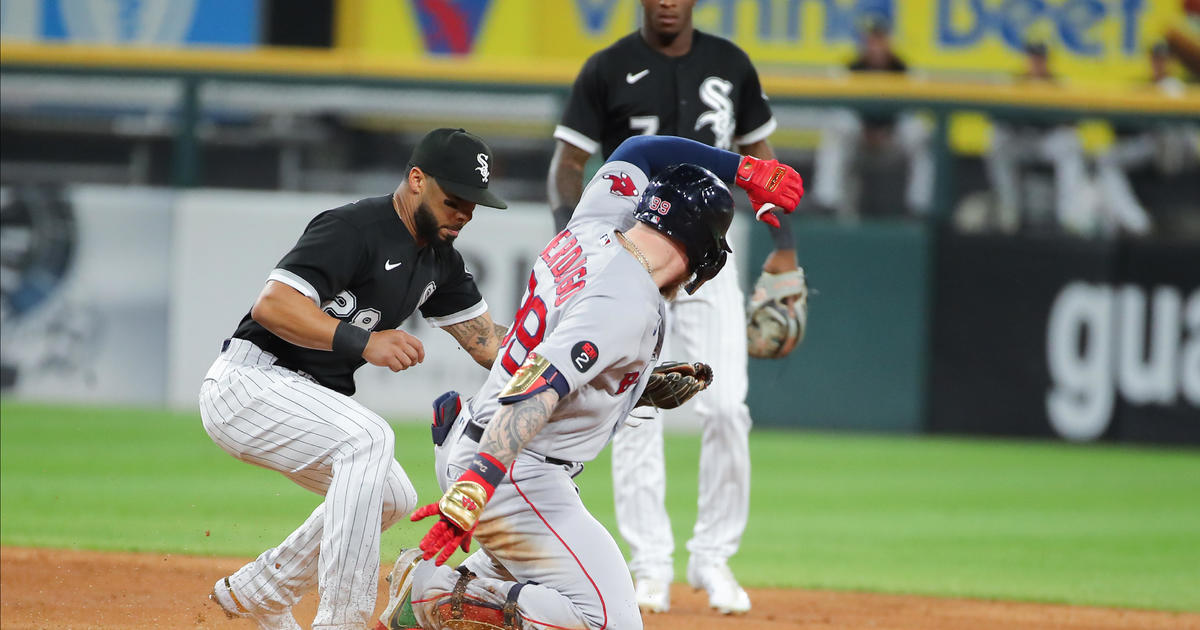 CHICAGO (AP) — Trevor Story kept up his hot hitting with a three-run homer and four RBIs, and the Boston Red Sox beat the White Sox 16-7 Thursday night to take two of three from Chicago.

Story has seven homers and 21 RBIs in his last seven games, raising his season totals to nine homers and 32 RBIs.

Alex Verdugo had pair of doubles among four hitsfor Boston, which outscored Chicago 33-13 in the series. The Red Sox opened with a 16-3 win and followed with a 3-1 loss.

Kevin Plawecki pinch hit for Story in the ninth and hit a two-run homer off Josh Harrison, an infielder who made his second big league pitching appearance, his first since he got Pittsburgh’s last out in a 10-1 loss at Colorado on Aug. 9, 2013.

Andrew Vaughn had a career-high five RBIs, driving in Chicago’s first five runs with a three-run double in the third and a two-run homer in the fifth off Michael Wacha.

J.D. Martinez went 3 for 5 with a walk to raise in major league-best batting average to .380 and help the Red Sox rebound after the White Sox ended their six-game winning streak. Martinez is batting .640 (16 for 25) with five walks in his last six games.

Kiké Hernandez led off the game with a homer and and Rafael Devers doubled twice as Boston raced to a 6-0 lead after two innings.

Wacha allowed seven hits in 4 1/3 innings. John Schreiber (2-0) the first of five relievers, got five outs for the win.

White Sox: Placed RHP Joe Kelly on the 15-day IL with a grade two left hamstring strain and recalled LHP Tanner Banks from Triple-A Charlotte. Banks entered in the seventh and was tagged with six runs, five earned. Kelly expects to be out three to four weeks after leaving Wednesday night’s 3-1 win over Boston in the eighth and striking out two. Kelly started the season on the IL with a right biceps nerve injury after signing with Chicago as a free agent in November. He’s 0-1 with a 9.53 ERA in seven appearances

White Sox: Are off on Friday, then RHP Johnny Cueto (0-0) starts on Saturday on the South Side in the first of a two-game set against the crosstown Cubs. The resurgent 36-year-old righty hasn’t allowed a run in his first two starts with Chicago, going six innings in each.