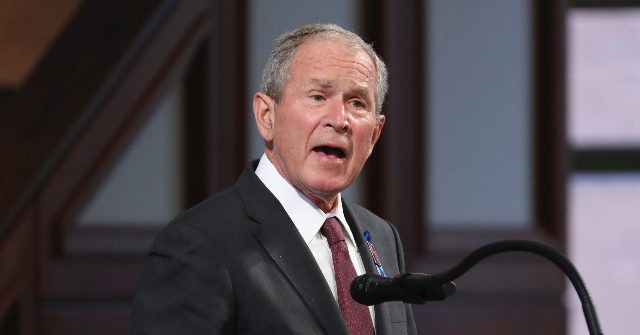 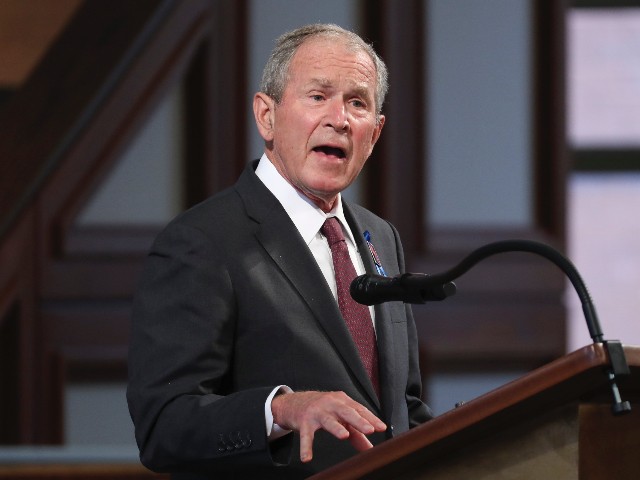 Instead of saying Ukraine, though, Bush screwed up and said, “Iraq.”

Bush was speaking about the ongoing tensions between Ukraine and Russia on Wednesday at his presidential center at Southern Methodist University.

“Russian elections are rigged, political opponents are imprisoned or otherwise eliminated from participating in the electoral process. The result is an absence of checks and balances in Russia,” Bush said.

“And the decision of one man who launched a wholly unjustified and brutal invasion of Iraq — I mean Ukraine,” he continued. Bush, 75, paused while the crowd erupted in laughter, then blamed his age for the mistake.

Former President George W. Bush: “The decision of one man to launch a wholly unjustified and brutal invasion of Iraq. I mean of Ukraine.” pic.twitter.com/UMwNMwMnmX

Users across social media users erupted after Bush’s comments, roasting the former president for the mistake.

The biggest Freudian slip of the century

My dude’s subconscious straight up confessing something he’s been feeling probably since 2003.

What a slip up. The universe works in funny/mysterious ways.#GeorgeBush #Iraq

That amazing “gaffe” from Bush is a reminder: the grandiose “freedom agenda” doctrine he invoked to justify the war in Iraq is now being re-deployed, with only minor variations, to justify the US proxy war in Ukraine. This from Liz Cheney (R) and Jake Auchincloss (D) is Bush 2.0 pic.twitter.com/vol2955coH

George W. Bush didn’t do a Freudian slip.
He did a Freudian Confession.

Breitbart News reached out to Karl Rove, who served as Bush’s deputy chief of staff when Bush launched his war on Iraq in 2003. “May I suggest you contact the former president’s office? They have people who respond to press inquiries,” Rove told Breitbart News.

Rove played an instrumental role in convincing then-President Bush to invade Iraq, one of the most costly wars in U.S. history that has been criticized across the board in the decades since.

Despite the more than 4,000 dead American soldiers and tens of thousands of Iraqi citizens who died, Rove stands by his support of the Iraq war, claiming it was “the right thing” to do.

I appreciate your service for our country. I’m sorry for what you went through but it was the right thing to remove Saddam Hussein from power. The United States government and the United States military was right to do so. We should be proud of what we were able to do in Iraq and we should be sorry that we left them alone, because when we left them, things deteriorated.

Rove has not issued any further comments on the former president’s gaffe despite efforts to get him to do so.

Bush’s office, for their part, has not immediately replied to a request for comment Breitbart News sent to his spokesman Freddy Ford.