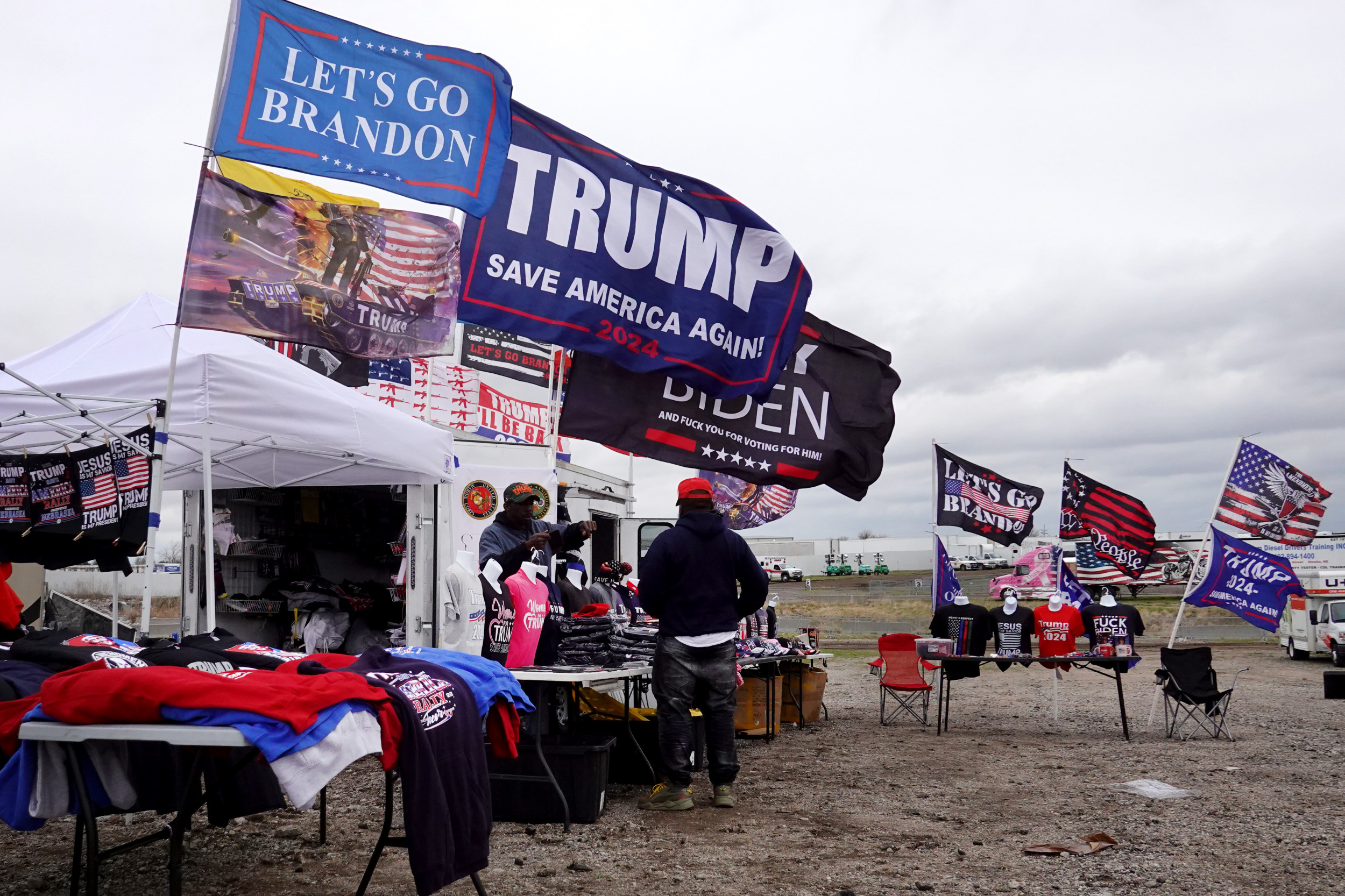 Some supporters of former President Donald Trump traveled significant distances to see him speak at a rally in Nebraska on Friday that was rescheduled due to poor weather.

Trump was slated to speak at a rally in Greenwood, Nebraska in support of Republican gubernatorial candidate Charles Herbster, whom he endorsed in October. It was also set to be the former president’s first appearance in the state since 2020.

However, the event was rescheduled for Sunday because of severe weather and the risk of high winds, leaving would-be rallygoers to wait two days before seeing Trump.

Nebraska’s KLKN-TV reported on Friday that some Trump supporters had come from across the country and in at least one case from as far away as Manitoba, Canada, to attend the rally.

“I came from Winnipeg, Manitoba, Canada and it was a 10-hour drive,” Ethan Margolis told the TV station, while Tina Garrelts traveled with her girlfriend from Wichita, Kansas.

Conservative outlet Right Side Broadcasting Network reported on a father whose young son dresses as Trump. He said they had “been to rallies all over the country” including in Florida and Iowa, though it was not clear where they live.

KLKN-TV reported that thousands of people had driven to Greenwood from different parts of the country and many stood in line all day waiting for the doors of the venue to open.

Trump addressed those lining up to see him in a statement about the postponement on Friday.

“Thank you to all who waited in line for our Save America Rally tonight in Greenwood, Nebraska,” the statement said. “Because of severe weather, including the possibility of 60 mph+ wind, hailstorms, and maybe even tornadoes, I will not be coming to Nebraska tonight, but rather, weather permitting, will be there this Sunday night, May 1st.”

“The most important thing is to keep you safe, and that cannot be done with such a terrible forecast,” he continued. “Thank you to Charles W. Herbster and his wonderful staff for working so professionally with us. See you on Sunday!” Trump said.

Trump’s appearance in Nebraska is part of his role in the upcoming 2022 midterm elections where the former president is offering his endorsement to some Republican candidates.

Most recently, Trump endorsed Republican Representative Greg Pence of Indiana— brother of former Vice President Mike Pence—despite an ongoing dispute between Trump and his former VP over the certification of the 2020 presidential election and the Capitol riot on January 6, 2021.

Trump supporters who have flocked to Nebraska should have an opportunity to see the former president on Sunday.