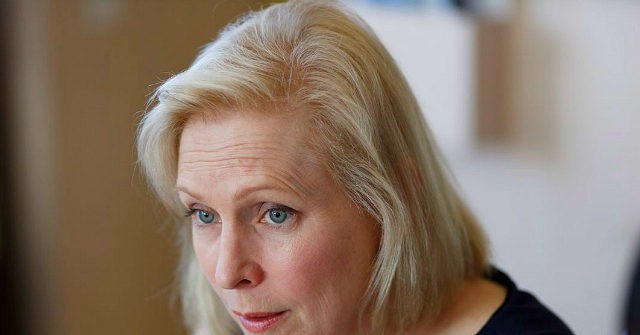 When asked about the House Select Committee investigating the January 6, 2021 riot, Gillibrand said, “What we have seen is the radicalization and the growing extremism, anti-Semitism, white supremacists, neo-Nazis. This group, the insurrectionists on January 6, tried to take down the United States Capitol and tries to subvert our electoral counts process. So it is an outrage this happened in America. And it is the responsibility of this House committee and oversight to get to the bottom of it and give facts and evidence to the American people.”

She continued, “But I have broader concerns with how the radicalization of America is affecting all aspects of American life. You saw what just happened in Buffalo, where an 18-year-old was so radicalized that had so much hate in his heart that he drove over 200 miles to shoot black people in a grocery store. Where you saw a dad buying a cake just for his 3-year-old boy. You saw a grandma stopping by to visit her husband in an assisted living facility. This is a community that was torn apart by a murderous gunman who got these ideations through social media and platforms that aren’t regulated.”

Gillibrand added, “So, we need to have a reckoning with the American public and have a conversation about how this extremism in America has grown. And we have to name out white supremacists and supremacy as domestic terrorists, domestic extremist terrorists, and how to have common sense oversight over these internet sites and internet framework so we can actually put people back in charge of their data and their privacy that these companies have been able to monetize people’s personal data to create algorithms that target the most vulnerable, to make them more extreme. Whether convincing young girls to become bulimics or other disorders or convincing shooters like the gunman in Buffalo, to kill black people because of false ideology and radicalism. And so, I think this committee in the House is essential. We have to get to the bottom about how so people were so hatefully radicalized to harm our democracy and to try to overtake the U.S. Capitol.”