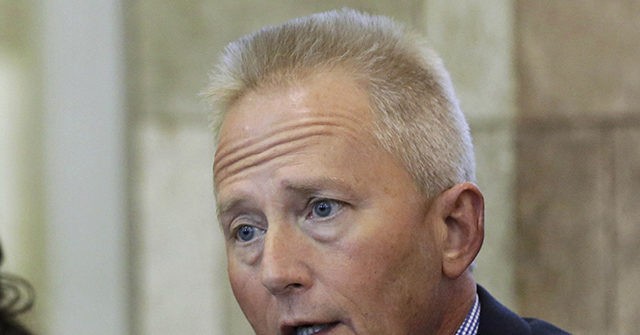 On Saturday’s broadcast of the Fox News Channel’s “Cavuto Live,” Rep. Jeff Van Drew (R-NJ) blasted Southwest Airlines for taking billions in taxpayer dollars and then failing to ensure quality service and argued that not only should such giveaways be less common, when these giveaways are done, there needs to be much stronger accountability for these companies, which Transportation Pete Buttigieg didn’t do until it became an emergency.

Van Drew said, “So, just how think how cruel this is in a way, taxpayers working their back off to pay their taxes, the money goes to bail out these airlines, including Southwest. Instead of keeping hiring and keeping the people they are employing, they fire them, use the money for their own profits, and don’t even make sure that we have a good level of service. Let me say something, it is time in America when we give money away — which we shouldn’t, God help us…that we know where the money’s going, how it’s being spent, and we ensure that the right thing’s being done.”

He added that the solution “is just making sure that there’s a real level of communication, number one, when money is given away like that, which I think is done far too often. And, number two, making sure that our Secretary of Transportation — what would you do, Dave? You know there’s a big storm coming up, you’re the secretary of transportation. You’re going to call every airline, you’re going to have meetings with them, you want to see their contingency plans, you’re going to want to know how they’re going to deal with this issue, and take care of the American public. Did none of that, didn’t really care, nothing happened until, once again, it was an emergency. So, now, we’re going to regulate more, we’ll probably overregulate, overcharge, overtax. It’s not the answer. Do your job.”