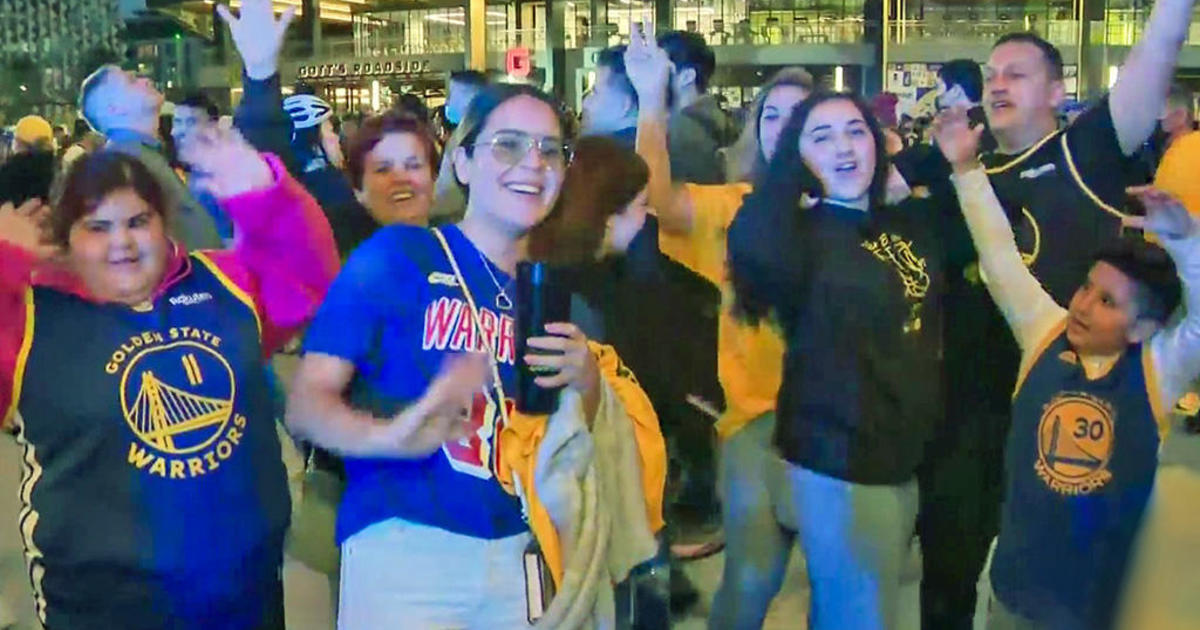 SAN FRANCISCO (KPIX) — As the Warriors took care of business on the court Thursday night, the crowd inside and outside Chase Center erupted into a massive celebration. Golden State will return to the finals for the sixth time in eight years.

“No doubt. The whole time I knew they were going to win,” said Tina Bird.

Fans inside the arena, though, got mixed reviews on their performance in the stands during Game 5.

“I was screaming louder on my couch than these people in the stands so I’m, like, down by 10, up by ten. Cheer for your team! Let’s go baby!” Boissonou said.

A fan named Kayla had a different opinion. “The crowd was doing well. We participate every game — the Roaracle. It’s still Oracle.”

For the Warriors and their devoted fans, this trip back to the finals may mean more. After missing the playoffs in 2020 and ’21 in back-to back injury-plagued seasons, the Dubs are now set to host the winner of the Eastern Conference finals between Boston and Miami on June 2.

“How many times have we done this? It’s so awesome!” said Ted Schlein.

Dub Nation will spend the night enjoying the sweet taste of victory.