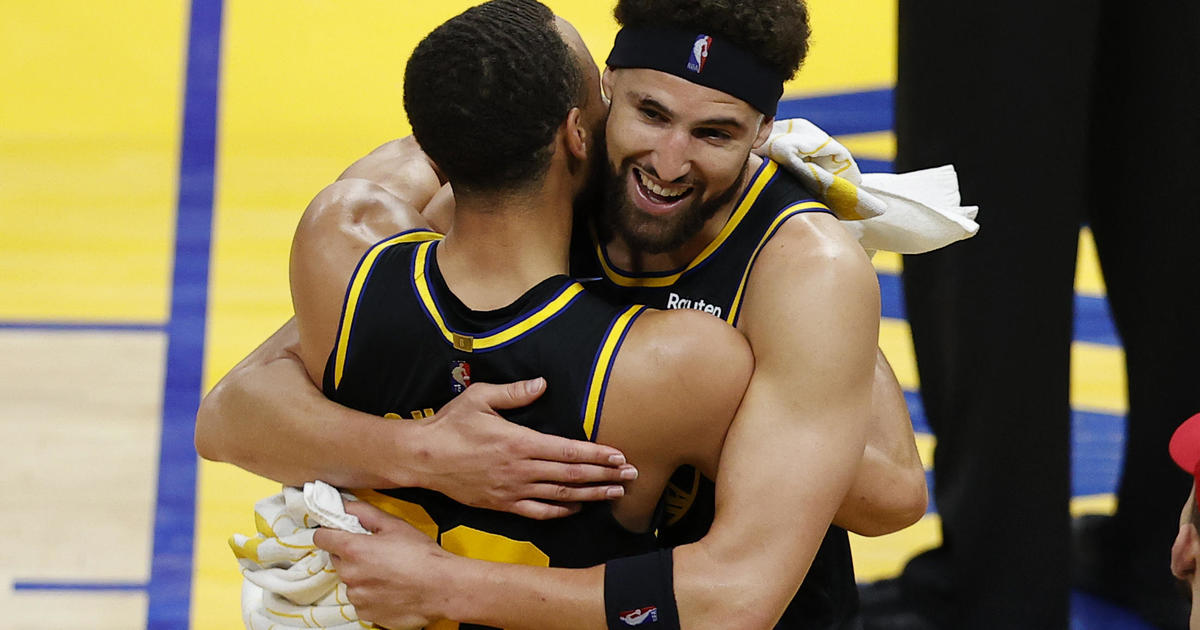 They didn’t scrap what they had to undertake a massive rebuilding of their roster. Instead, team leaders chose patience, maintaining the belief that success was once again not far off.

And now, their patience and belief has paid off with a return to the NBA Finals — their sixth trip to the league championship in eight years.

“These last couple years have been difficult with the injuries, worst record in the league two years ago,” said head coach Steve Kerr as the Warriors home crowd celebrated. “Last year felt like we spent the year trying to get back on track. And I think we did at the end of the season. I thought last year’s finish, even though we lost in the Play-In, winning 15 of our last 20, kind of finding our mojo a little bit, and knowing Klay Thompson was coming back this season, I thought last year was a springboard into this one.”

“Really proud of the guys for really being resolute the last couple years in terms of getting their work in every day on the court, in the training room, knowing that it was the only path back here, and not knowing if we could do it. It’s an incredible sense of accomplishment for our group.”

The team’s inspirational leader Draymond Green has gone through his own injuries woes these last two years. He heard the chatter — the dynasty was dead.

“After being counted out, dynasty is over, all of those things,” Green said. “To get back here, it’s fantastic. It’s a testament to the hard work and dedication and to an incredible organization. We continue to stick with it, show what we’re capable of. This one feels great. But got four more wins to get.”

“Reflecting and celebrating this moment for sure because you can’t take it for granted, nothing’s ever guaranteed, we understand how hard it is to win,” he said. “We’ve said that until we’re blue in the face the last two years. This is definitely special.”

And no one waited for the exhilaration of returning to top than Klay Thompson, who scored 32 points in the Game 5 clincher over Dallas Thursday night. He returned mid-season after a more than 2-year forced hiatus while recovering from a torn ACL and Achilles tendon.

“Such a surreal feeling. It’s hard to put into words really,” he said. “This time last year, I was just starting to jog again and get up and down the court. Now to be feeling like myself, feeling explosive, feeling sure in my movements, I’m just grateful.”