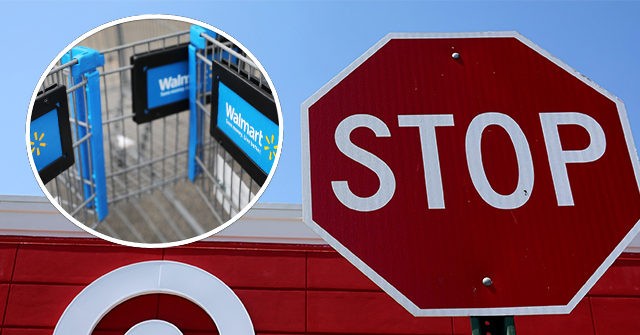 It’s hard to believe that it was only last week that the Democrats were expecting to change the narrative over inflation by deflecting blame for rising prices onto greedy corporate price gougers.

In a speech on Tuesday of last week, President Joe Biden complained that “corporate executives are on earnings calls with investors on Wall Street, cheering their record profits and explaining how they’re using this period of inflation to cover the rise in prices far beyond what they need to do to cover their costs.” On Thursday, Sens. Elizabeth Warren (D-MA) and Tammy Baldwin (D-WI) and Rep. Jan Schakowsky (D-IL) proposed a bill to fight inflation by outlawing “price-gouging,” ever so broadly defined as “unconscionably excessive” price hikes.

The best evidence that the greedflationists could marshal to support their theory of a corporate conspiracy to raise profits was the expansion of profit margins last year. Gasping in horror at rising profits at a time of rising profits might be a time-honored tradition, but it is also a display of ignorance of basic economics. Inflation is typically the result of an imbalance between supply and demand. When demand surges faster than supply, prices rise. This raises the profits of the people selling the goods and services. John Maynard Keynes, who some on the left used to pretend to have read, called this phase of an inflationary era “profit inflation.”

The thing about profit inflation is that it very quickly leads to what Keynes called “income inflation.” Businesses attempt to sell more at the higher prices, expanding production and hiring workers. This pushes up the prices of materials, products, warehousing, shipping, and—most importantly—labor. The rise in demand for consumption goods that drives up corporate profits subsequently fuels demand for labor and other factors of production. This, in turn, annihilates the excess profits.

This swing could be seen this week in the quarterly reports of Walmart and Target. Both reported that sales were rising, but profits were falling. Costs on the back end were rising and were not expected to moderate. The corporate profit inflation was eaten by the cost inflation. 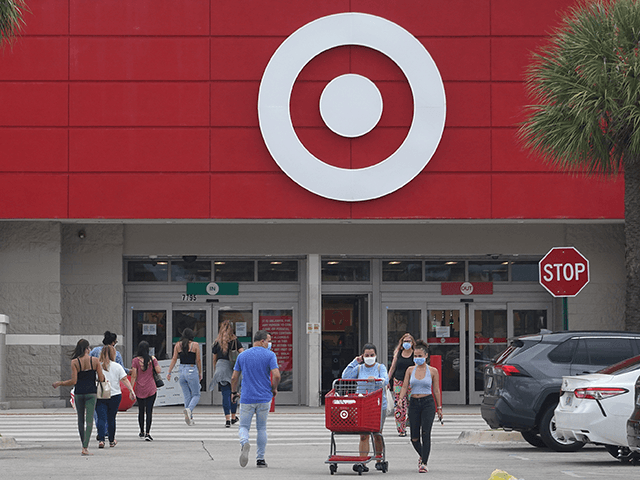 Note that this inflation is evidence of competition in the economy—huge businesses competing with each other for access to warehousing, workers, and shipping. They are bidding up fuel costs. Sen. Warren wants to blame inflation on anti-competitive behavior, but it’s really being fueled by competitive activity. Instead of having market power that allows them to control prices, these huge corporations are not able to raise prices to keep up with costs because they are competing with each other for customers.

Target was quite explicit about this. It said it had decided not to attempt to pass on higher costs to consumers because it hopes to win market share away from its rivals by maintaining a reputation for affordability. “While we don’t like the impact to our profitability in the short term, we know it is the right thing to do for our guests and our business over the long term,” said Target’s chief financial officer.

And with those words, the theory of greedflation was tossed into the dustbin of history.

Of course, the inflation story does not end with the elimination of excess profits due to rising wages and production costs. Consumers react to rising prices by changing their consumption habits. Walmart talked about customers shifting out of national brands and into private labels for things like lunch meat. The preliminary University of Michigan consumer sentiment survey for May saw a record high in the number of consumers who think that now is a bad time to purchase durable goods. This cyclical pattern is likely being amplified by consumers shifting their spending away from goods and towards services, reversing the huge shift in the spending balance brought on by the pandemic.

Target Chief Executive Brian Cornell talked about a shift in consumption on Wednesday:

In our other three core merchandise categories, Apparel, Home and Hardlines, we saw a rapid slowdown in the year-over-year sales trend at the beginning of March, when we began to annualize the impact of last year’s stimulus payments.

While we anticipated a post-stimulus slowdown in these categories and we expect the consumer to continue refocusing their spending away from goods and into services, we didn’t anticipate the magnitude of that shift.

This shift might explain the crash in demand seen in the Empire State manufacturing survey released on Monday. We will get a glimpse of how widespread this is on Thursday when the Philadelphia Fed releases  its manufacturing survey. The expectations are for a mild drift downward. Those were, however, the same expectations for the New York Fed’s survey. A downside surprise in the Philly Fed survey could spark fears of a broader economic slowdown and more hits to corporate profits, at least for the producers and sellers of goods. 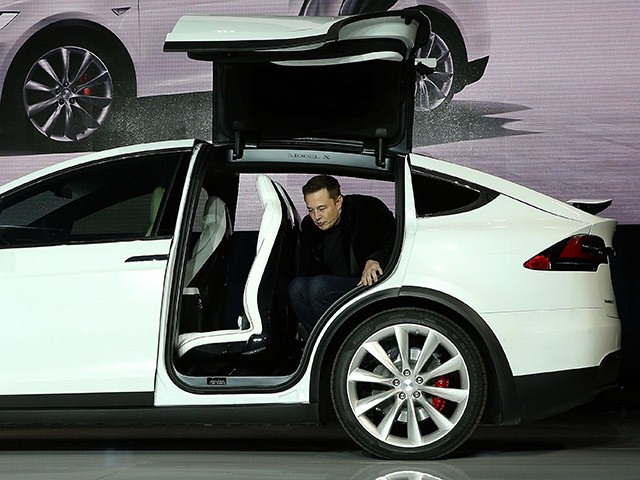 Tesla CEO Elon Musk steps out of the Tesla Model X during an event on September 29, 2015, in Fremont, CA. (Justin Sullivan/Getty Images)

Is it possible Elon Musk is actually becoming red-pilled? Musk started as a darling of the left and an icon of the radical greens, so he naturally gravitated to support the politics of his biggest fans. He started to show signs of alienation during the pandemic lockdowns, when he threatened to relocate Tesla’s headquarters from California to Texas and restarted production in defiance of the state’s authorities.

He’s now one of the country’s foremost advocates of freedom of speech online; although given his historical closeness to repressive regimes in China and the Middle East, there’s some room for skepticism about the depth of this attachment. Even still, if his position is simply that the U.S. needs or deserves free speech more than other countries and cultures, that would be preferable to the folks who are constantly trying to foist the latest Ministry of Truth on us.

Now, however, he’s crossed the line and announced that he will vote—gasp—Republican.

“In the past I voted Democrat, because they were (mostly) the kindness party. But they have become the party of division & hate, so I can no longer support them and will vote Republican. Now, watch their dirty tricks campaign against me unfold,” Musk tweeted.

In the past I voted Democrat, because they were (mostly) the kindness party.

But they have become the party of division & hate, so I can no longer support them and will vote Republican.

Now, watch their dirty tricks campaign against me unfold … 🍿

Alexandria Ocasio-Cortez is probably seeing about trading in her Tesla right now.