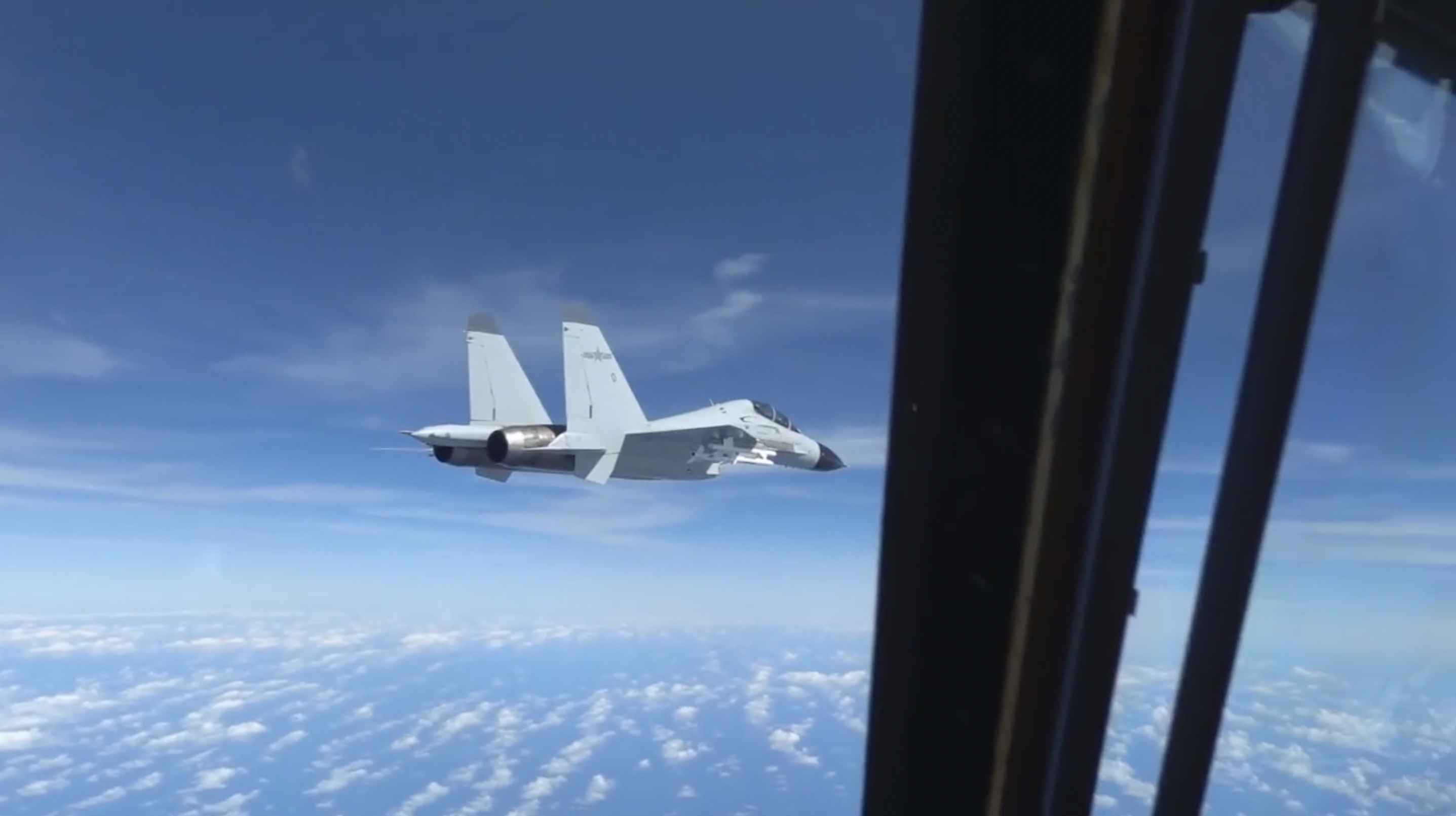 A video released Thursday showed the moment in which a U.S. aircraft had to perform “evasive maneuvers” in order to avoid a collision with a Chinese fighter jet.

U.S. Indo-Pacific Command issued a statement describing an “unsafe maneuver” that a Chinese Navy J-11 fighter jet performed during an intercept of a U.S. Air Force RC-135 aircraft on December 21. At the time of the incident, the U.S. aircraft was “lawfully conducting routine operations over the South China Sea in international airspace”

“The PLAN [People’s Liberation Army Navy] pilot flew an unsafe maneuver by flying in front of and within 20 feet of the nose of the RC-135, forcing the RC-135 to take evasive maneuvers to avoid a collision,” the statement said.

The statement linked to a video of the incident posted on the Defense Visual Information Distribution Service. The footage shows the Chinese jet slowly coming closer and closer to the U.S. aircraft, which ultimately decreases its altitude in order to avoid a collision.

The incident came as relations between the U.S. and China remain tense over issues such as the Biden administration’s support for Taiwan as China continues to assert territorial claims over the island, which has been governed independently since 1949.

U.S. Defense Secretary Lloyd Austin said during an address at the ​​Shangri-La Dialogue over the summer that there was an “alarming increase in the number of unsafe aerial intercepts and confrontations at sea by PLA [People’s Liberation Army] aircraft and vessels.”

A U.S. military spokesperson told Newsweek in a statement that military aircraft interactions take place on a regular basis throughout the world. The majority of such interactions, including those between the U.S. and China’s People’s Liberation Army (PLA), are “safe and professional,” the spokesperson said.

“When these interactions are unsafe, the U.S. responds through appropriate diplomatic and military channels,” the statement read. “We have communication channels to discuss encounters with the PLA military that we are concerned with, such as the Military Maritime Consultative Agreement mechanism. We intend to do so in this case.”

The statement noted Austin’s comments at the Shangri-La Dialogue, reiterating his remarks about the “alarming” uptick in unsafe aerial intercepts and confrontations at sea by the PLA.

“So this latest incident reflects a concerning trend of unsafe and dangerous intercept practices by the PLA that are of grave concern to the United States,” the statement added.

Newsweek reached out to China’s Foreign Ministry for comment.