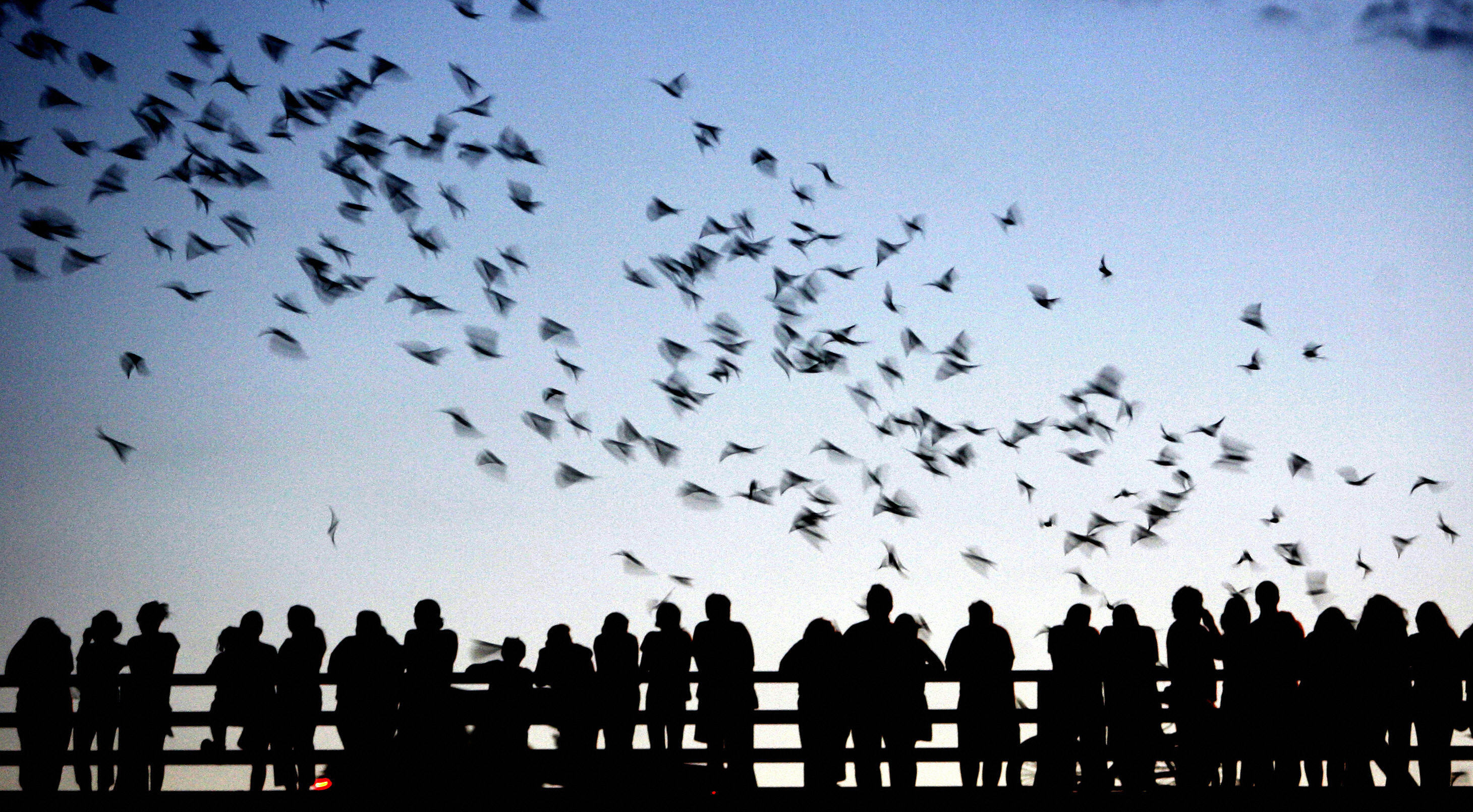 Frigid temperatures hit some animals harder than others during the wicked winter storm that blew through America last weekend. In Florida, iguanas fell from trees. In Texas, bats fell from bridges. Both of these species get so cold they can’t grasp onto things, subsequently making them slam to the ground.

The recent Arctic blast in the United States over the Christmas weekend proved that certain animals can’t defy gravity. Iguanas dropped in Florida and a slew of Mexican free-tailed bats in Texas all fell to Earth, apparently frozen to death.

Except they weren’t dead.

The Houston Humane Society rescued more than 1,500 frozen bats last Thursday under the Waugh Drive Bridge, which is a bat colony habitat. More than 115 of them died while trying to thaw and recover. The rest were released into the wild from their home camp Wednesday evening at dusk, just in time for a feast upon mosquitos and moths in the now-warmer Houston skies.

Here’s a video of the bat release as captured through Houston’s CBS affiliate KHOU.

During their frozen capture, the bats were given fluids to ensure they all maintained hydrated, according to KHOU, the CBS affiliate in Houston.

Members gathered at the Waugh Drive Bridge to grab bats from a large, cloth bag and lift them into the air, in which they each flew into the rather warm evening to feast upon insects that had also adapted back into the seasonal temperatures. The humane society used a scissor lift to get them near the underlings of the bridge.

Mary Warwick, the Texas Wildlife Rehabilitation Coalition Director, said Waugh Bridge in Houston is typically a tourist attraction, but that they owed it to the bats to return them to their natural habitat for sleeping and feeding, similar to other bat colonies, like the Congress Avenue Bridge in Austin.

“When they first come out of the colony, they eat mosquitos,” Warwick said. “As they go higher, they eat a lot of moths and insects that affect food crops.”

Throngs of people gathered near the bridge to watch the prequel and listen to remarks from the Houston Humane Society.

The Arctic blast last week heading into the Christmas weekend made temperatures plummet throughout the country as far south as the Rio Grande Valley of Texas and into south Florida. Temperatures in Houston dipped into the 20’s over the weekend, causing the bats to lose muscle coordination and fall from their clinging grips to the bridge.