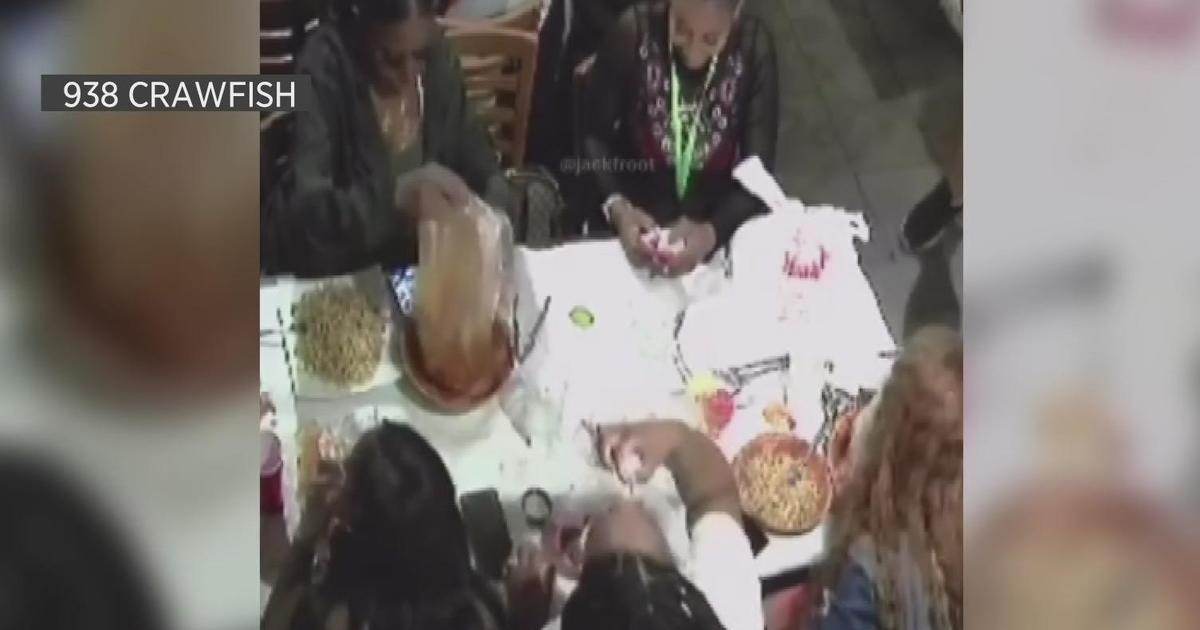 ALBANY (KPIX) — Restaurant owner Michelle Phan’s Vietnamese-meets-Cajun seafood restaurant, 938 Crawfish was hit twice in one week by thieves who skipped out on their bill. Dine-and-dashers ate more than $200 worth of food each time. The most recent incident happened on Saturday.

Surveillance video shows five women walking in, sitting down, and eating a meal. Some of the women are seen looking around several times, before one-by-one, they dash out door.

Phan said one of the women in the group paid for her drink and left the restaurant before the rest of the group dashed out the front entrance.

“It’s not fair to us, you know all the hard work and although we are doing our best, it’s hard, it’s really hard to be a small business owner at this time,” said Phan. “Even though we’re still trying to feed the houseless every week, that’s what we do on a weekly basis, it’s really hard when stuff like this happens because that takes away from what we try to do in the community.”

Phan said she and her son always try to give back to her local community.

She said after she posted the video to social media, she received a flood of support this past Sunday.

“Something so ugly, turned into something so beautiful actually,” added Phan.

Phan said after this latest hit, she will start making customers pay before they eat.

“It was really frustrating,” she said. “Businesses are still trying to recover from COVID. There’s just no respect there.”

Phan said she hasn’t contacted the police department, but plans to so it doesn’t happen to other small businesses.

Betty Yu joined KPIX 5 in November 2013 as a general assignment reporter. She spent two years at WTVJ, the NBC-owned station in Miami, as a reporter before moving to San Francisco.