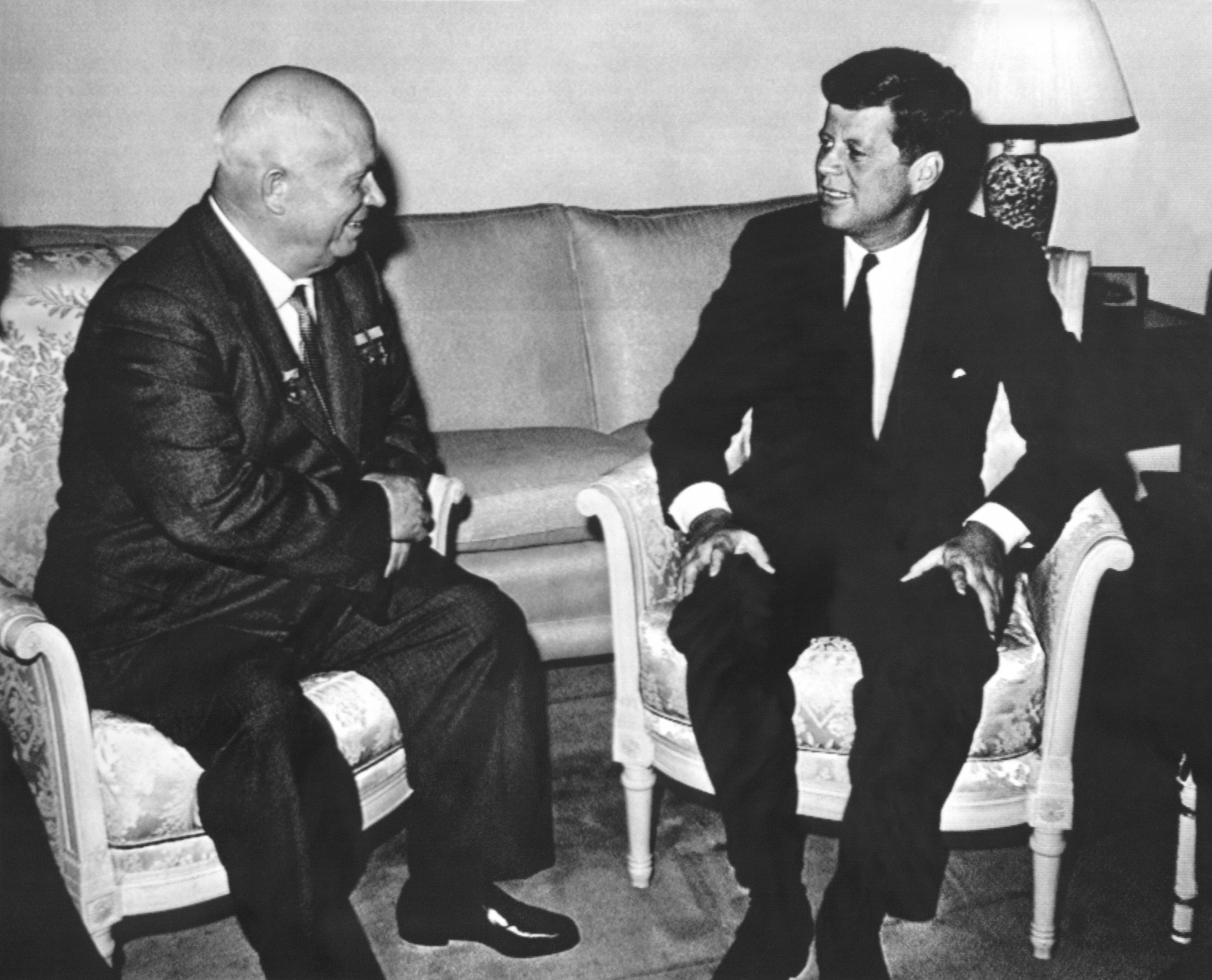 The great-granddaughter of Nikita Khrushchev—the Soviet leader who squared off with U.S. President John F. Kennedy in the Cuban missile crisis—fears Vladimir Putin’s war in Ukraine presents more of a global threat than the Cold War confrontation of 1962.

The comments by Nina Khrushcheva follow a warning by Russian Foreign Minister Sergei Lavrov that NATO countries were engaged in a proxy war with Moscow that could escalate into a global conflict with nuclear weapons.

Lavrov invoked the Caribbean crisis, thought to be the closest the Cold War superpowers came to nuclear war, in an interview in which he said that the chance of World War Three was “very significant.” He criticized the West’s arming of Kyiv’s forces as adding “fuel to the fire.”

But Khrushcheva told BBC Radio 4’s Today program that the 13-day stand-off six decades ago was a “war of words more than it was a war of actions” and that her great-grandfather was responding to the presence of U.S. missiles in Europe.

She said on Saturday that what saved the world was that whatever differences Khrushchev and Kennedy had about each other’s ideology, “when the threat appeared of a potential conflict of any kind, they immediately backed off and it took 13 days to back off.”

“We are closer to war issues, nuclear or any other way, because I don’t see today any side, and the Russian side particularly, backing off and that’s what scares me the most.”

Khrushcheva, a professor of international affairs at The New School in New York, said that “it was clear” when Russia invaded Ukraine on February 24 that it was a “proxy war” in which Ukraine was “to some degree a pawn” in negotiations between the U.S. , NATO and Moscow.

Despite Russia’s insistence that it would only use conventional weapons in Ukraine, the prospect of a conflict widening if it drags on has raised concerns that it could eventually turn nuclear.

Although analysts have expressed doubt whether Putin would resort to nuclear weapons, Russia upped the ante this month after it said it planned to deploy its newly tested Sarmat intercontinental ballistic missiles, which could mount nuclear strikes against the U.S.

CIA Director William Burns said the threat of Russia potentially using tactical or low-yield nuclear weapons in Ukraine should not be underestimated but there was no evidence that it would.

Asked on Friday about the latest U.S. assessment on whether Russia might use tactical nuclear weapons in the conflict, a senior U.S. defense official said: “We continue to monitor their nuclear capabilities every day the best we can and we do not assess that there is a threat of the use of nuclear weapons and no threat to NATO territory.”