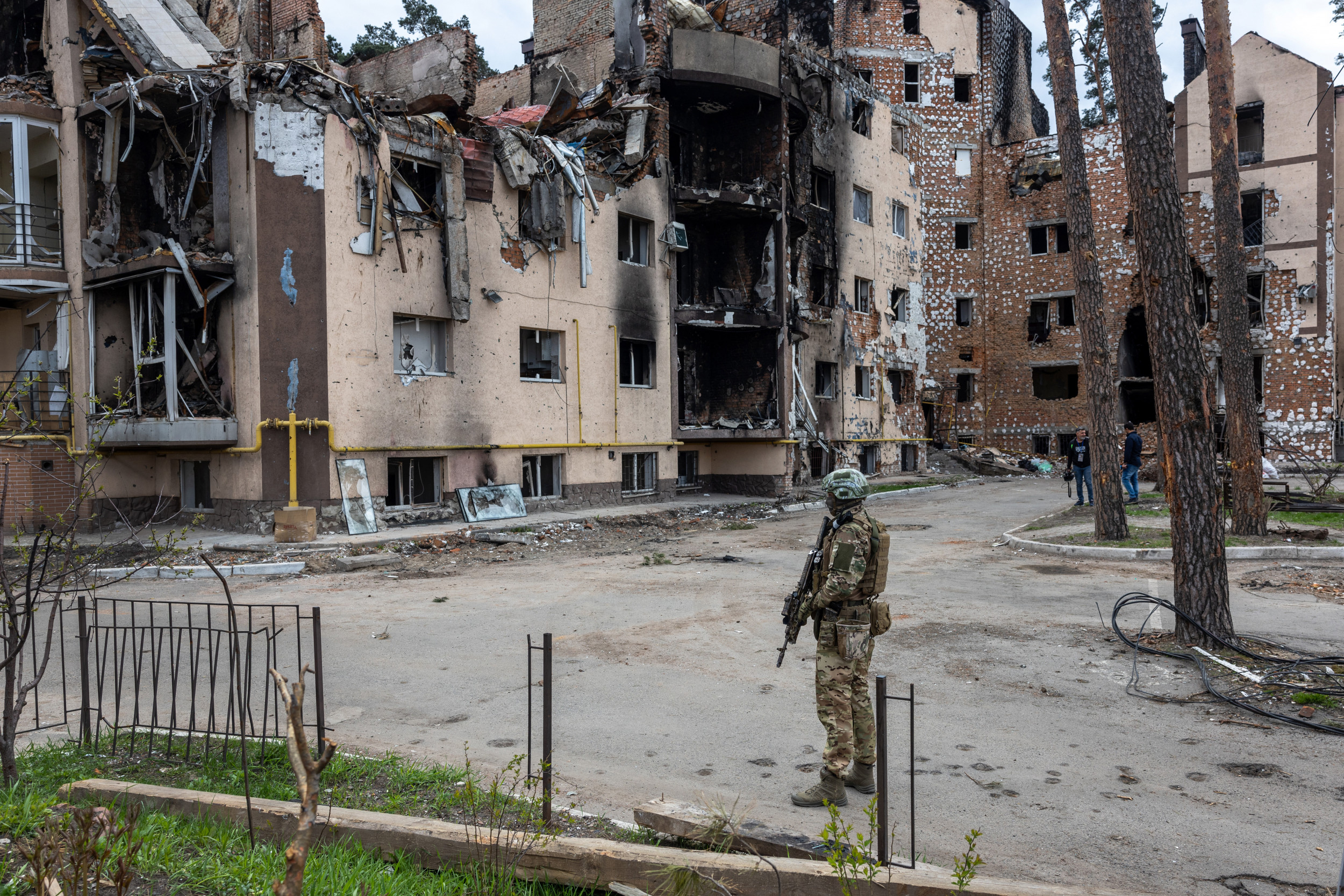 A British minister’s support for Ukraine’s right to attack targets in Russia has been condemned by Moscow and raised speculation over what Vladimir Putin might do if the war spilled over the border.

U.K. Armed Forces Minister James Heappey said it was “completely legitimate” for Ukraine to hit logistical targets in Russia, prompting its Foreign Ministry spokeswoman Maria Zakharova to ask whether Moscow could do the same to NATO countries supplying arms to Kyiv.

They point to a possible shadow war for Ukraine beyond enemy lines that Kyiv is tight-lipped about, but which experts have told Newsweek could be used by Moscow to justify mass mobilization of the Russian population.

Russian air defenses reportedly fended off an attack on a military airbase in the Voronezh region on Wednesday and a small reconnaissance drone was reportedly shot down over the city around 140 miles inside the border with Ukraine.

Explosions were heard in Kursk, with video posted on social media purportedly showing the blasts. Also, two oil depots in the south-western city of Bryansk are believed to have been hit by Ukrainian missiles on Monday, while an ammunition depot caught fire near the village of Staraya Nelidovka in the Belgorod region.

“Ukrainians are viewing logistical targets inside Russia, energy targets, ammunition depots and other infrastructure that is used for the war, as legitimate targets,” said Samuel Ramani, associate fellow at the London think tank the Royal United Services Institute (RUSI).

“And equally Russia is striking Ukrainian military infrastructure with relative impunity so it’s tit for tat,” he told Newsweek.

Ramani said that the kind of proportional response that Zakharova is talking about might center on the Ukrainian capital and “the bombing of decision making centers inside Kyiv.”

“That’s not a new threat, that was the exact same threat that they levied on the Ukrainians after the Moskva sinking,” he added, referring to Russia’s flagship that Ukraine said it targeted with Neptune missiles in the Black Sea on April 13, although Moscow says the vessel sank after a fire caused ammunition to explode.

Ramani said that the missile strike in the Ukrainian capital on Thursday when U.N. Secretary General Antonio Guterres was in town was “indicative of the kinds of strikes they are doing.”

“They have been doing those strikes periodically, the only reason why that one got so much attention was because it was a warning shot for foreign diplomats not to visit the capital.”

It is not clear how many incidents of Kyiv breaching Russian territory there have been, but Radio Free Europe reported an estimate of at least a dozen since the war started on February 24.

Glen Grant, a senior defense expert at the Baltic Security Foundation think tank who advised Ukraine on its military reform said it is unclear that Ukraine is hitting Russian targets but the incidents are pivotal nonetheless.

“They [Ukraine] haven’t shown much evidence of having the capacity to strike deep into Russia since the early days of the war”, he told Newsweek.

However, he said such strikes help Ukraine because “anything that burns fuel or ammunition and reduces the combat effectiveness of the system in some way or another has got to be useful in the long run.”

“If it is the Ukrainians, I’m not sure that anyone [in the Russian military establishment] would even tell Putin that this is happening because that would be saying ‘we are failing,'” said Grant.

“The big question is whether some of these are being done by Russians to whip up support for mobilization.”

Such a move could be announced by Putin at a May 9 Victory Day parade marking the Soviet role in ending World War II, British Defense Secretary Ben Wallace said on Friday.

And while Ukraine has denied Russian accusations that it is shelling checkpoints and Russian targets across the border, Moscow could use the claims to portray Kyiv as the aggressor, which come in useful if it seeks to call up reservists.

“The Russians will interpret them as an escalation if they feel that they want to and they will come up with pretexts even if there isn’t any evidence of a Ukrainian attack,” said Ramani.

“This will be used for propaganda purposes to showcase the reasons for the continuation of the war and also if necessary to have a line to justify a more complete mobilization or conscription of Russian society.”