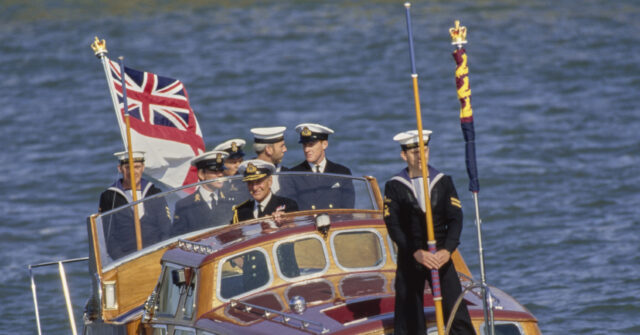 Britain’s Ministry of Defence (MoD) has denied Russian allegations that the Royal Navy directed Ukrainian drone strikes against the Black Sea Fleet and facilitated the “terrorist attack” on the Nord Stream pipelines.

In a statement published on Telegram on Saturday, the Russian defence ministry claimed Black Sea Fleet and civilian vessels “involved in ensuring the security of the ‘grain corridor’ as part of an international initiative to export agricultural products from Ukrainian ports” had been targeted in a “terrorist attack” by aerial and maritime drones, resulting, they claimed, in “minor” damage to a minesweeper and a sea boom.

The Russians further alleged that the “preparation of this terrorist act and the training of military personnel of 73rd Marine Special Operations Centre were carried out under supervision of British specialists” based within Ukraine, and that “representatives of this unit from the British Navy” were also “involved in plotting, organising, and implementation of the terrorist attack in the Baltic Sea on 26 September this year to blow up the Nord Stream 1 and Nord Stream 2 gas pipelines.”

To detract from their disastrous handling of the illegal invasion of Ukraine, the Russian Ministry of Defence is resorting to peddling false claims of an epic scale

This invented story, says more about arguments going on inside the Russian Government than it does about the west

Britain’s defence ministry has now responded to these claims, which Russia’s defence ministry did not substantiate with supporting evidence, accusing Moscow of “resorting to peddling false claims of an epic scale” in order to “detract from their disastrous handling of the illegal invasion of Ukraine”.

“This invented story, says more about arguments going on inside the Russian Government than it does about the [W]est,” the MoD wrote on Twitter.

Tensions between Russia and Britain, which Moscow views as particularly belligerent, have been high in recent weeks, with Britain’s defence secretary claiming a Russian warplane had fired a missile in the vicinity of a Royal Air Force (RAF) aircraft operating over the Black Sea earlier this month.

While the incident has officially been attributed to “a technical malfunction of the SU-27 fighter”, it is widely believed that it was in fact a warning, given the RAF aircraft in question was kitted out for surveillance and capable of being used to pass intelligence to the Ukrainians.

“Of course it wasn’t an accident,” said retired Rear Admiral Chris Parry in comments quoted by The Daily Mail.

“The incident displayed clear intimidatory intent. We are in a strategic conflict with Russia now,” he added.