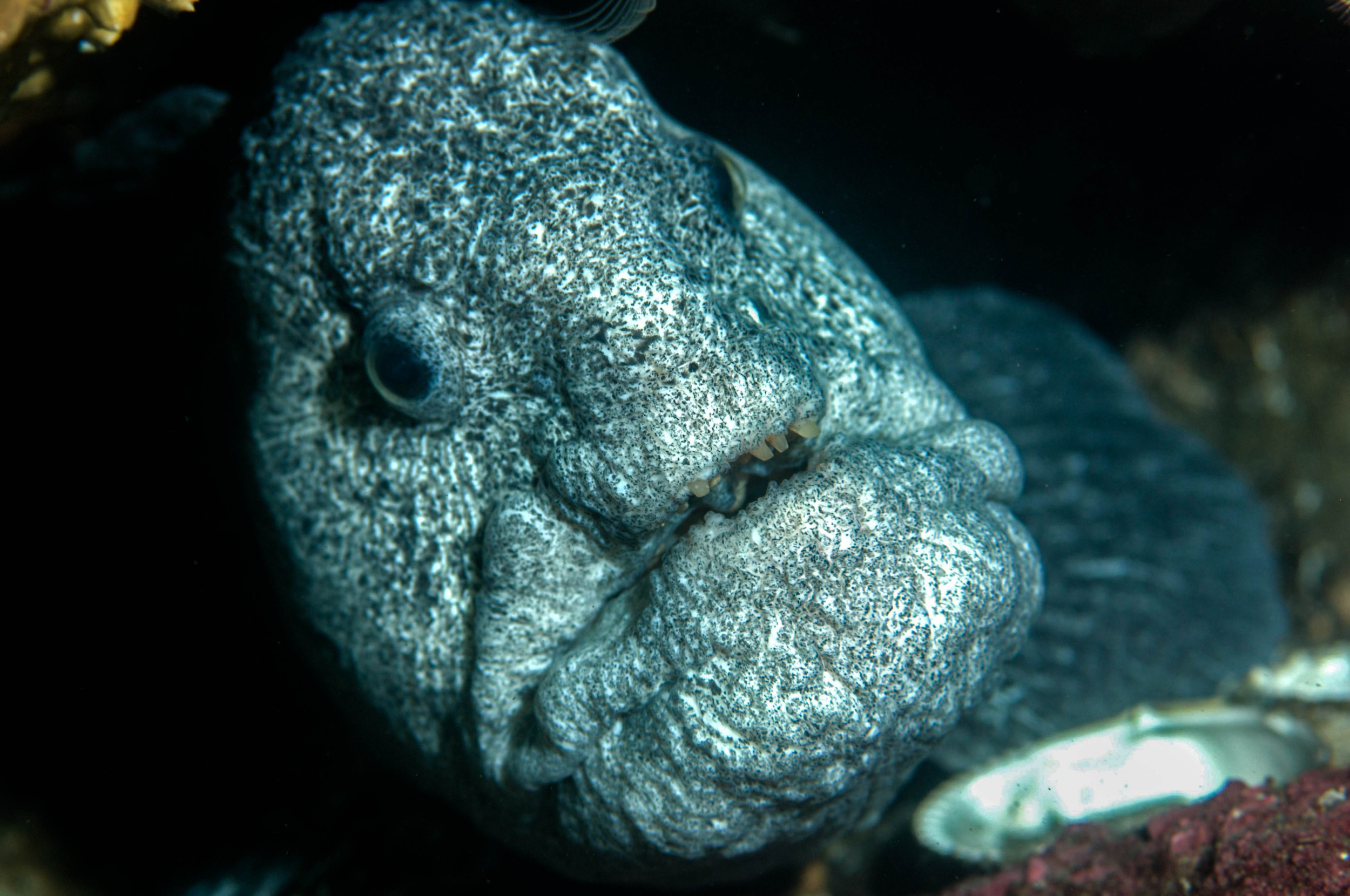 A video of wolf eels being caught in crab traps has captivated the internet to the tune of 64 million views and counting.

The video, posted on TikTok April 14 by professional surfer and commercial fisherman Matt Rockhold, features a gray-colored creature known as a wolf eel that got caught in a crap trap during a fishing expedition in Monterey Bay.

Rockhold said a big fishbone vertebra is in the eel’s mouth when it was brought to the surface.

“Dude, are you kidding me?” said one fisherman overheard in the background. “That thing is so ugly.”

Additional videos apparently posted on the same day include two other wolf eels caught in traps. Rockhold, in a comment under one of his videos, said even he “was kind of tripping” when he saw the eels in the traps.

When asked if the wolf eels enjoy eating crab, he humorously replied, “It’s like an underwater crab buffet.”

TikTokers, a few of whom admitted they had never seen wolf eels prior to the video, were quite smitten with these creatures.

“You are showing me something I’ve literally never seen in 35 years,” one user told Rockhold.

“Every time I question whether my fear of the ocean is irrational, something like this reminds me that it’s not,” another user said.

The Monterey Bay Aquarium said wolf eels, though not related to other eels, are one of five species in the “wolffish” family–though the other four species “are not nearly so long and skinny.”

Wolf eels grow up to 8 feet, 2 inches and prefer rocky-reef habitats that range on the Pacific coast of North America, from northern Baja California to Kodiak Island, Alaska; and west to Russia and south to the Sea of Japan.

Their appetites consist of sand dollars, sea urchins, crabs, snails, abalone, mussels, clams and fish. They eat crabs, too, which is likely how many get caught in traps like these in the first place.

However, the aquarium said wolf eels are not usually targeted by fishermen–such as the ones who carefully placed the eels back in the water in the aforementioned TikTok videos.

“They’ve got faces only a mother could love,” said Scott Reid, who cares for wolf eels at Monterey Bay Aquarium. “Their jaws are very strong and if you got your finger in there you’d regret it. But they’re really slow. It may be a vicious-looking eel, but it totally has the opposite temperament.”

Reid added that the creature is almost enamored with not being seen, with aquarium visitors getting good views typically during afternoon feedings. While at sea, wolf eels live in water as deep as 740 feet–where they swim in deep S-shapes. Imagine a snake slithering on the ground.

The Seattle Aquarium says that juvenile wolf eels spend their early lives in the open water: “Once they mature and find a mate, they select a den and typically spend the rest of their lives living in it.”

They may even mate for life. Females can lay up to 10,000 eggs in their dens, where both the male and female care and guard them for four-to-five months while they hatch and mature.

Newsweek reached out to Rockhold for comment, but it’s not the only time that a fisherman (or an eel!) has made the news.

A Maine fisherman caught a pregnant lobster, gave her two fish “for the road” and threw her back into the ocean, footage shows.

A shrimp eel took beachgoers in Georgia by surprise when it washed ashore.

And a long-standing state record for the largest American eel caught in Missouri has been broken after 28 years.