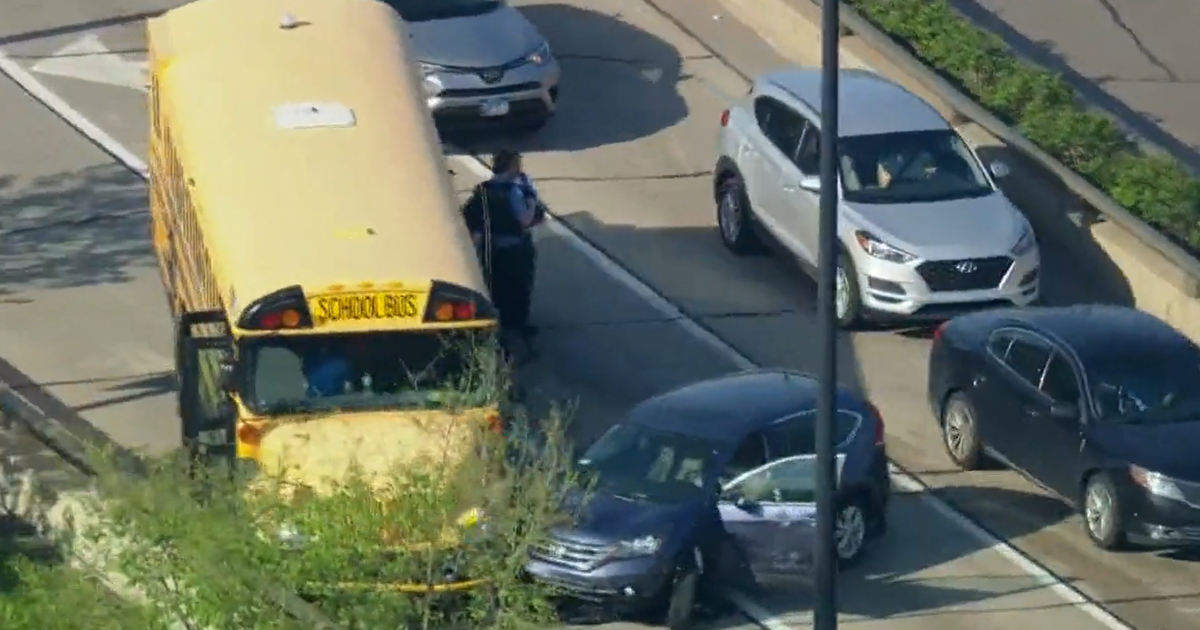 CHICAGO (CBS) — A school bus was involved in an accident Friday afternoon on DuSable Lake Shore Drive near 57th Drive.

The accident happened at 5:49 p.m. on the southbound Drive just north of 57th Drive and the Museum of Science and Industry, in Hyde Park. The driver of the school bus had a medical episode while driving, police said.

A total of five vehicles appeared to be involved, including the school bus.

The male school bus driver and a woman person were taken to an area hospital in fair-to-serious condition. No other injuries were reported.

The southbound Drive was blocked at the scene just in time for the Friday afternoon rush. Traffic was backed up beginning at 47th Street.