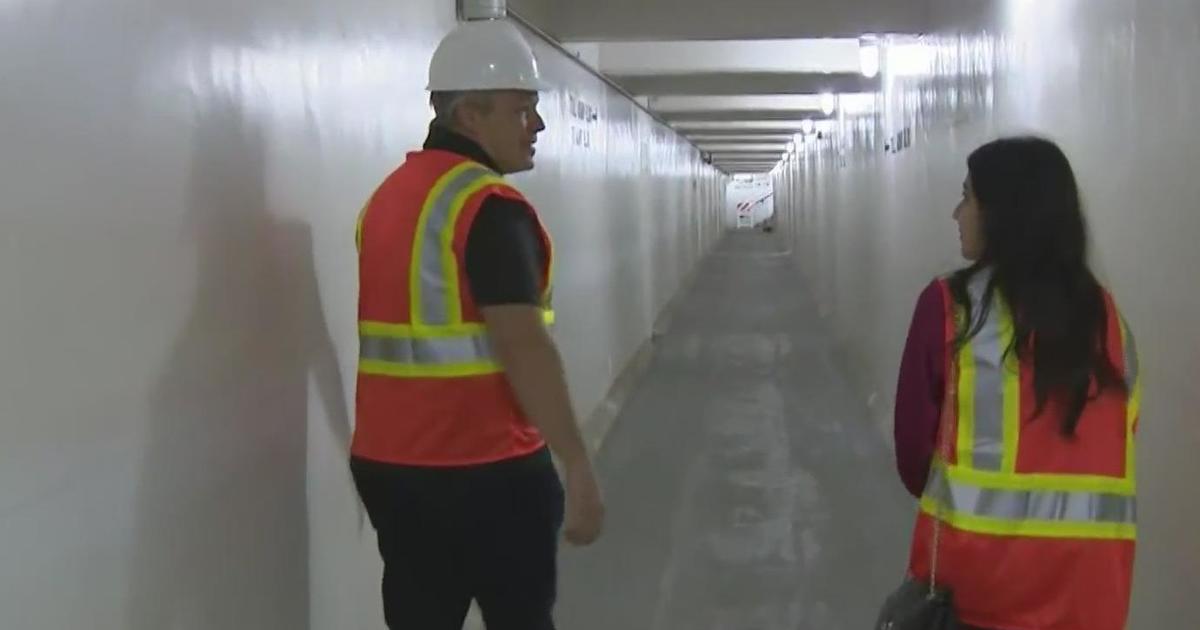 An East Bay resident’s viral TikTok post of tunnels under the Bay Bridge toll plaza has awakened a bit of bridge nostalgia and allowed residents a rare look into Bay Area history.

The post by Mingwei Samuel has drawn more than 340,000 views since last week. The video at one point shows stairs that were used by toll collectors to get to their booths.

It generated quite a bit of reaction, and of course, curiosity. Are they open to the public? Can anyone walk through them?

Caltrans public affairs chief Bart Ney said one of the tunnels used to be a public access tunnel, a straight walkway the length of the toll plaza.

“There is a big green state sign there that shows you this was the public access tunnel right here,” Ney said.

The walkway was used by toll collectors and others to access a bus stop.

“Anyone that needed to get to the toll plaza could come to the Burma Road side, where the buses stopped and then that was their access,” Ney said.

He added that those buses stopped running a few years ago. The other tunnel shown in the video had stairs for toll collectors to reach their booth and was never accessible to the public. Ney said the reason it was open the day the video was taken was that contractors working on the bridge were using it.

Ney said it’s dangerous when you go up the stairs too because of the ongoing traffic. Most recently, an oversized load destroyed one of the booths.

The tunnels are full of history, having been around since the 1930s. Back then, toll collectors were also state police officers.

“Our icon is bridges in the Bay Area, so if you dig a little deep and are interested in the history, this is kind of a fun fact,” said Ney.

While the tunnel with the stairs remains off-limits, Caltrans has now installed gates to shut off public access to the other tunnel leading to the former bus stop.

“Right now there’s not really a reason to use it, so we’re gonna close it off and then in the future if buses start running there again we can open it back up,” he said.