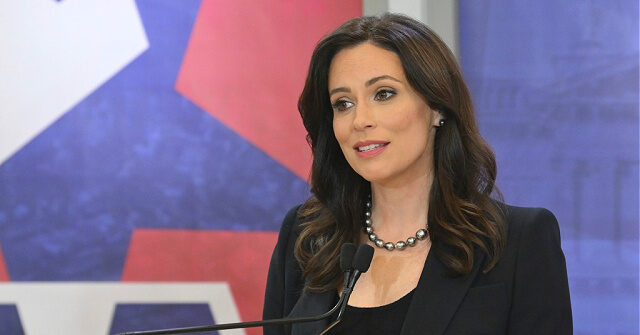 “We have seen a massive increase in overdoses. 2021 was the highest number we gave ever seen, and we can directly correlate this to the Whitmer [and] Biden policies of having an open border. We know that drugs are pouring across our border every day. We have seen overdoses rise since this administration took office. It’s been devastating.” Dixon said.

Dixon followed up by saying she would push to increase the number of police officers in the state to counter the fentanyl crisis through her proposed “Safe State Plan” that would put approximately one billion dollars into policing.

“If we have more officers on the streets, we can be preventing a lot more overdose deaths,” Dixon said. “I want to make sure we have the backs of our cops, and we invest in our cops, and we make sure that they have what they need to fight this horrible scourge on our country.”

Overdose deaths have increased in Michigan under Whitmer’s leadership.

In 2018, the year before Whitmer took office, there were 2,599 drug overdose deaths in Michigan, according to government statistics. That number surged in 2021 as there were 3,040 deaths related to drug overdoses, per the Detroit Free Press.

Over 107,000 Americans died from an overdose death in 2021, during the first year Biden administration — a 15 percent increase from the previous year.