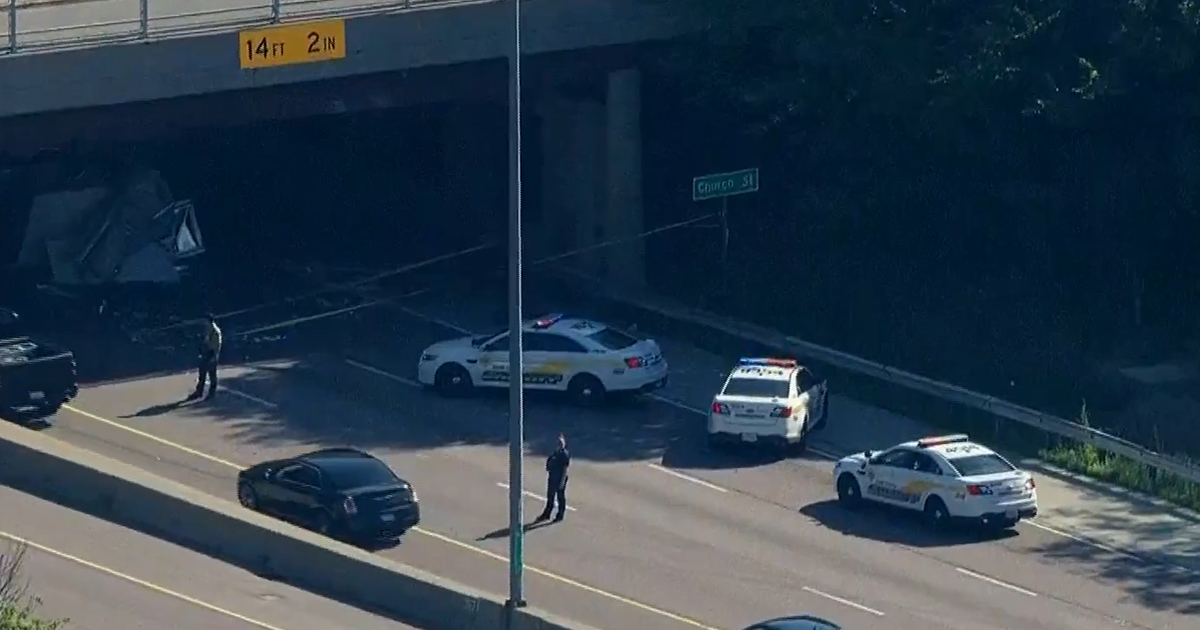 SKOKIE, Ill. (CBS) — A semi-trailer truck was left wrecked and wedged underneath an overpass on the Edens Expressway Wednesday afternoon.

The truck was too tall for the 14-foot 2-inch clearance at the Church Street overpass on the inbound Edens, on the boundary of Skokie and Morton Grove. The trailer was destroyed.

The cab and chassis of the truck were sent into the ditch along the side of the roadway. it was not immediately learned if anyone was injured.

Traffic on the inbound Edens was initially only getting by on the left shoulder with all traffic lanes blocked. Two traffic lanes later reopened.

Just in time for the afternoon rush, traffic was backed up all the way to the Skokie Road exit.

Meanwhile, there was a involving a taxi and at least one other vehicle at the same place on the outbound side of the expressway. The outbound Edens was thus also backed up beyond Touhy Avenue until the crash was cleared.

It was not clear whether the crash was caused by rubbernecking drivers looking at the wrecked truck.

A tow truck was in place attempting to remove the truck as of 4:30 p.m.

Cicero Avenue and Skokie Boulevard are advised as alternative routes.