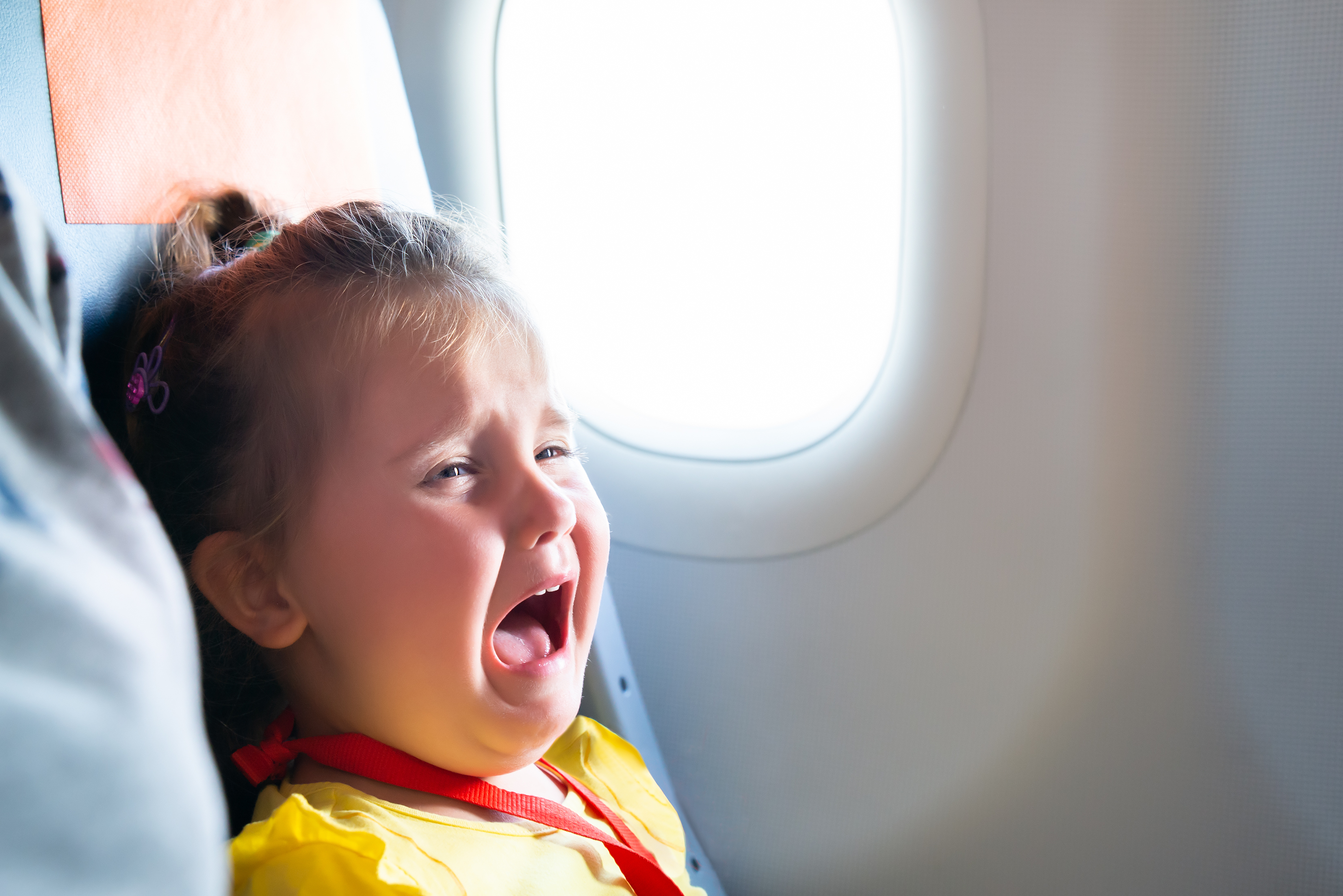 A traveler is being backed for snapping at their seatmates after they asked them to not eat on the flight to avoid upsetting their son.

Writing to Reddit’s popular r/AmITheA**hole subreddit, u/illf**ckineatyoutoo earned over 11,600 upvotes and 1,400 comments for their post, “[Am I the A**hole] for telling a family to fly private?”

The original poster (OP) says they were on a flight from New York to Los Angeles, and were seated next to a family with a 9-year-old boy. They say they’ve got Type 1 diabetes—the version of diabetes that usually manifests in adolescence—and they were having issues with the disease when they got on the plane. Knowing they had to eat in the next couple of hours, u/illf**ckineatyoutoo started to eat a snack.

That was when they started getting “dirty looks” from the parents, who asked them not to eat because of their son. Though they didn’t elaborate at this time, the OP complied and figured they’d just eat when the flight attendant came by with snacks.

“The father says ‘our son has prader-willi, we’d prefer it if you didn’t eat because it causes tantrums when he doesn’t know he can’t eat and he’s always hungry’. I’m close to a tantrum myself at this point and so I look him in the eye and say ‘I do not care, fly private if you want to control your surroundings’,” u/illf**ckineatyoutoo wrote.

The flight attendant returns and u/illf**ckineatyoutoo is able to order their snack, which they wolf down. They say they felt much better after eating, and are able to start to work while on the flight. But as they opened their laptop, the mother tried to interrupt, saying “I feel a calling to educate you about my son’s disease.”

“I felt my entire body clench up. She keeps talking to me and explaining how I’d made her son feel and I said ‘listen lady, I don’t f**king care, I’m going to handle my [Type 1 diabetes] the way I see fit and you’re going to handle your son the way you see fit. I’m not endangering myself because you don’t want to deal with a tantrum, if you want to control other people then you book all the seats in a row or you fucking fly private,'” u/illf**ckineatyoutoo wrote.

After the flight, they recounted the story to a friend who said they were wrong for acting that way and should have cut the family slack due to the son’s Prader-Willi syndrome. They admit they also feel a bit bad for snapping, but “at the same time, I think that it’s unavoidable if you’re going into public and you’re around others.”

Prader-Willi syndrome is a rare condition where those with it are always hungry. It’s caused by missing or non-functioning genes on the 15th chromosome pair. Many people with it become overweight as their brains don’t register when they’re full.

Other symptoms include short stature, developmental delays, cognitive impairment and distinctive behavioral characteristics, such as temper tantrums, stubbornness and obsessive-compulsive tendencies, according to the Genetic and Rare Diseases Information Center. There are an estimated 400,000 people in the world with Prader-Willi syndrome.

The Air Carrier Access Act makes it illegal for airlines to discriminate against passengers due to disabilities. Though the act doesn’t say anything about other passengers’ reactions, when booking a flight, any special requirements should be brought up, so the airline can help find a solution accommodating their needs.

Other solutions for a problem like the one the family had would be, as u/illf**ckineatyoutoo suggested, buying an extra seat to complete the row, making sure there’s no issue with another passenger.

Redditors were on u/illf**ckineatyoutoo’s side.

“NTA,” u/Substantial-Many-865 wrote in the top rated comment with over 20,500 upvotes. “Even if you didn’t have diabetes. People dont get to come into public space and dictate anyone else’s acceptable behaviour.”

“I think you did very well to hold off until the flight attendant came around with the food service option, especially as you needed to eat to keep your blood sugar levels in check. I would be fuming if the stranger next to me thought they could dictate what I could order/eat. I get that their child has prader-willi and they’re trying to negotiate that, however they can’t surely think the way to go is to try ban anyone in sight of ever eating around their kid,” u/Iheartyoucheeses wrote.

“That the mother wanted to ‘educate you about her son’s disease’, I shuddered reading that sentence. Maybe it would have been better if she focused her energy on educating her son about his disease, and how to manage it in a public place,” they continued. “Definitely NTA OP.”

“My husband has T1D and there’s no way in hell he’d have waited like OP did. It can be dangerous, life threateningly so,” u/Alert-Potato wrote.

“NTA. Are you supposed to slip into a coma to accommodate their medical issue?” u/dwells2301 wrote.