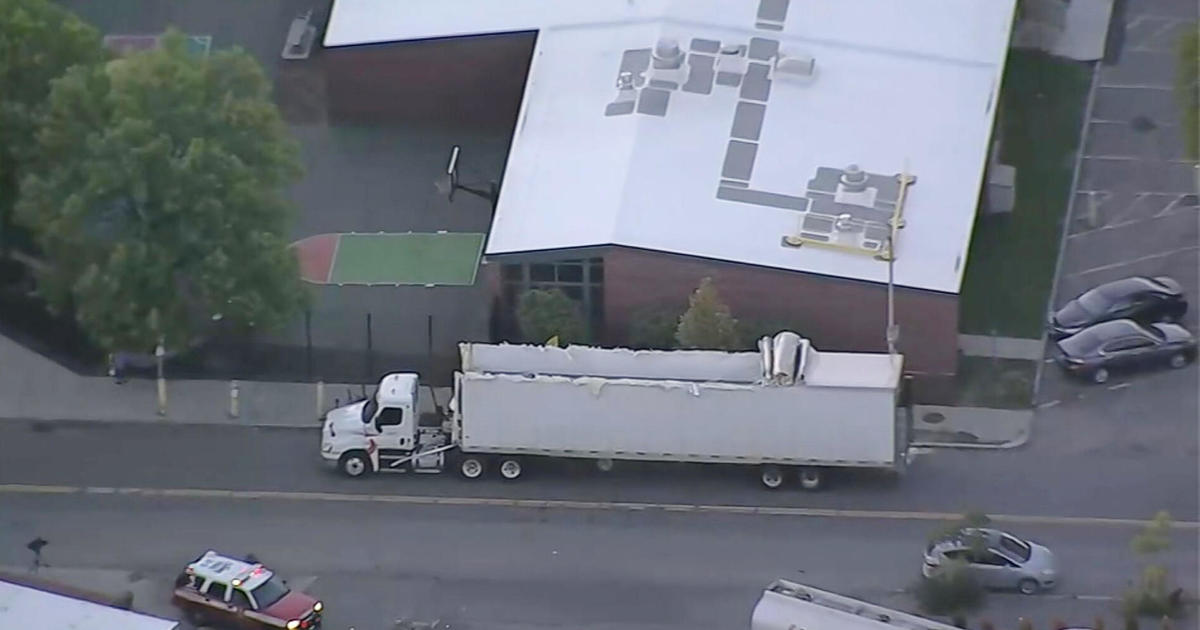 CAMBRIDGE – The roof of the tractor-trailer was torn off after it hit a footbridge on Memorial Drive in Cambridge early Thursday morning.

Packages from the truck were scattered on the street after the crash around 6 a.m. Some were marked “eggs.” It’s not clear yet if anyone was hurt. The truck pulled over on Magazine Street. It was heading to a nearby Trader Joe’s to make a delivery.

The crash is known as a “Storrowing” in the Boston area because drivers have been repeatedly warned for years, if they’re operating a truck or U-Haul, they need to stay off Storrow Drive, Soldiers Field Road and Memorial Drive because all three roads have overpasses as low as nine feet.

The most recent “Storrowing” happened exactly two weeks ago on Soldiers Field Road in Brighton.