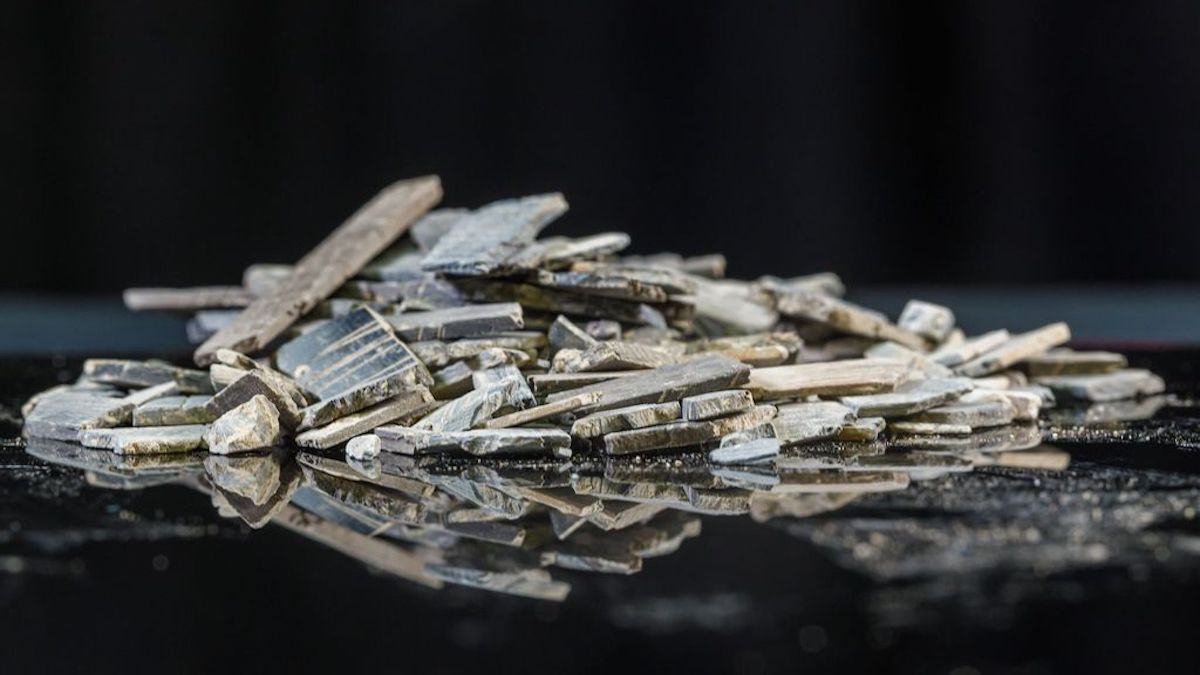 Rare ivory plaques dating back thousands of years to Solomon’s Temple and are believed to have been part of a throne have been unearthed in Jerusalem.

One of the experts who uncovered them said they were the first of their kind to be uncovered in the City of David in Jerusalem. The City of David is an archaeological site that is believed by experts to be the original center of Jerusalem during the Bronze Age and the Iron Age.

Zenger News obtained the images from the Israel Antiquities Authority on Monday, along with a statement saying that the “fine items were apparently inlaid in a couch-throne placed in a palatial structure.”

The Israel Antiquity Authority said: “The discovery, unearthed in excavations by the Israel Antiquities Authority and Tel Aviv University in the Givati Parking Lot in the City of David in the Jerusalem Walls National Park, sheds new light on the power and importance of Jerusalem at the time of the Judahite Kingdom.”

The discovery has been hailed as “extraordinary,” with the Israel Antiquity Authority saying that the items are “an assemblage of ivory plaques from the First Temple period, among the few found anywhere in the world, and the first of their kind to be found in Jerusalem.”

The rare plaques are made of ivory, which was “considered one of the costliest raw materials in the ancient world–even more than gold” and they were found “among the ruins of a palatial building in use when Jerusalem was at the height of its power,” in the 8th and 7th centuries AD.

The experts think that some of the decorated ivory plaques were “inlaid in wooden furnishings that were used by the residents of the building–people of means, influence and power, possibly high government officials or priests.”

Excavation director Professor Yuval Gadot of Tel Aviv University’s Department of Archaeology and Near Eastern Cultures, and Dr. Yiftah Shalev of the Israel Antiquities Authority are quoted in the statement as saying: “To date, we only knew of decorated ivories from the capitals of the great kingdoms in the First Temple period, such as Nimrud, the capital of Assyria, or Samaria, the capital of the Israelite Kingdom.

“Now, for the first time, Jerusalem joins these capitals. We were already aware of Jerusalem’s importance and centrality in the region in the First Temple period, but the new finds illustrate how important it was and places it in the same league as the capitals of Assyria and Israel.

“The discovery of the ivories is a step forward in understanding the political and economic status of the city as part of global administration and economy.”

They added: “The prestige of ivory is also associated with the great skill required to work with it and create decorations. The assemblage of ivory discovered in the City of David was probably imported, and originally made by artisans from Assyria. The ivories may have come to Jerusalem as a gift from Assyria to Jerusalem’s nobility.

“Following a comparison with complete objects that appear on wall plaques from the palace of the Assyrian King Sennacherib at Nineveh, we suggest that the ivory plaques from Jerusalem were originally inlaid in a couch-throne, and we may imagine that it had been situated on the second floor of the opulent structure.”

Eli Eskozido, director of the Israel Antiquities Authority, said: “The excavations in the City of David never stop surprising us. This time, with the help of the delicate and inspiring work of conservators and researchers, we have been given a glimpse into the daily life of the people who lived here thousands of years ago.

“These discoveries breathe life into the ancient stones. The realization that the material culture of the social elites in Jerusalem in the First Temple period did not fall short of–and perhaps even exceeded–that of the other ruling centers in the Ancient Near East, demonstrates the status and importance of Jerusalem at that time.”

The Israel Antiquities Authority said that the rare items will be displayed for the first time at the 23rd Conference of the City of David Studies of Ancient Jerusalem on September 13.