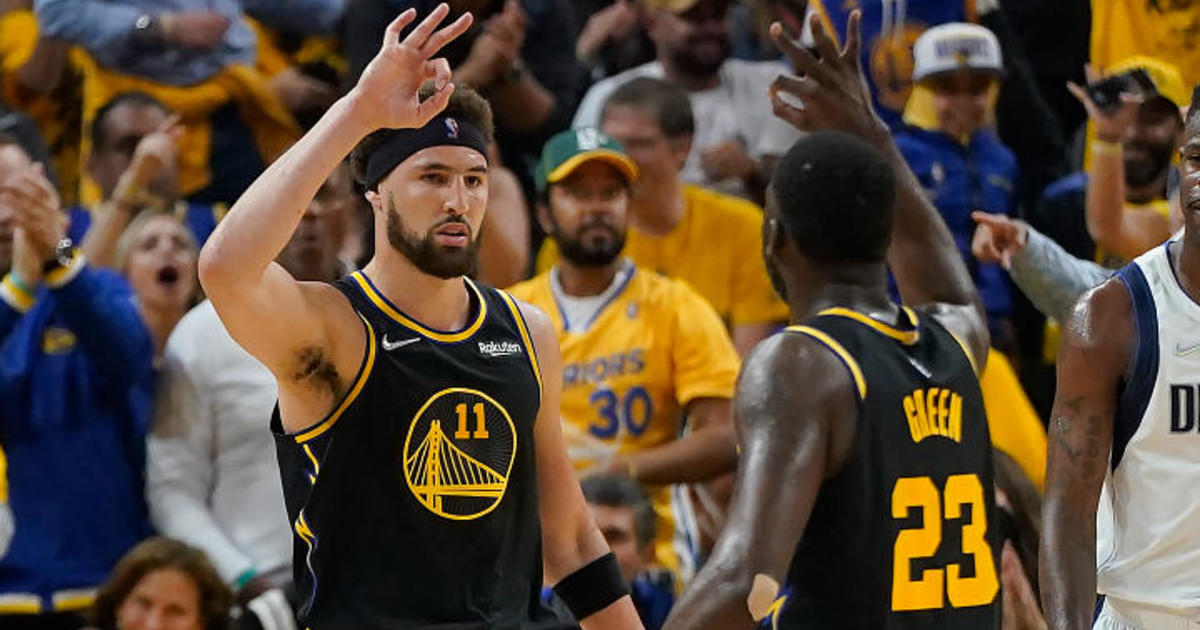 The Warriors will play the winner of the Boston-Miami NBA Eastern Conference Finals. The Celtics currently has a 3-2 lead heading into Friday’s Game 6.

After missing the playoffs in 2020 and ’21 in back-to back injury-plagued seasons, Golden State is returning to a familiar stage. They are the first team to make six finals appearances in an eight-year span since the Michael Jordan-led Chicago Bulls had a pair of three-peats from 1991-93 and 1996-98.

The Warriors are now 9-0 at the Chase Center this postseason, tying the 2017 team for the the most consecutive home wins in a single postseason in NBA history.

Steph Curry, who had a subpar night, scoring just 15 points on 5-of-17 shooting, was awarded the NBA Western Conference Finals MVP for his play throughout the series.

Thompson had struggled in the first half of the four previous games, scoring just a combined 18 points, but rediscovered his shooting touch from the opening tip. He hit 5-of-8 from three pointers to fueled Golden State’s blitz to a 69-52 halftime lead.

He continued the onslaught in the second half, finishing the night 8-of-16 from the three-point line.

“I’m so happy to be back,”  Thompson said as the chant of “Warriors” roared from the sold-out crowd after the game. “I’m so thankful to this team. I’m going to enjoy tonight, but Dub Nation we have four more games to win.”

Meanwhile, Draymond Green hunted his shot and came away with 17 points, Andrew Wiggins added 18 and Jordan Poole scored 16, 12 of those coming in the first half.

As they have in the three previous wins, Golden State dominated the paint, outscoring the Mavs 50-32 on the inside and outrebounding them 56-38 with 17 second-chance points.

The lead grew to 25 points in the second half, but the Mavericks refused to fold up, outscoring the Warriors 32-25 in the third quarter behind 15 points from Luka Doncic. The gifted Dallas guard ended the night with 28 points, 9 rebounds and 6 assists.

Just as the home Chase Center crowd was  beginning to edgy, Golden State scored the first 5 points of the fourth quarter and never looked back.

With Otto Porter  sidelined for a second straight game, the Warriors got a big boost in the first half from 19-year-old rookie Moses Moody.

Moody scored all of his seven points in the second quarter with his 3-pointer giving Golden State a 56-38 lead. Moody scored just six points the first three games of this series for the Warriors before scoring 17 the past two games with Porter sidelined.