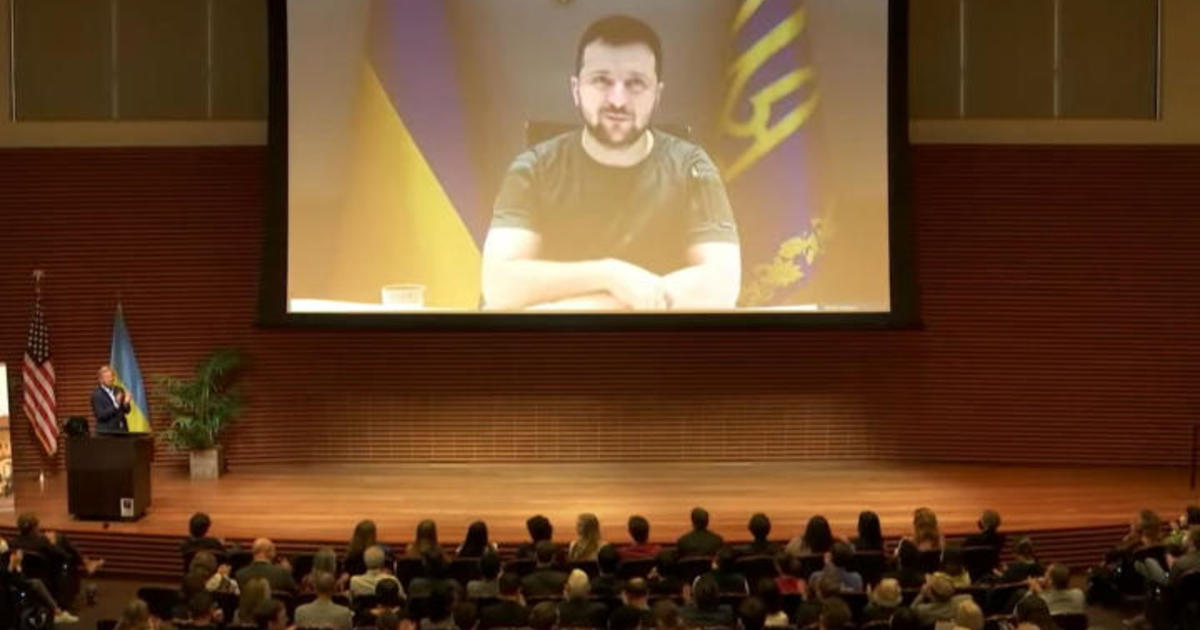 STANFORD (CBS SF) — In a nearly hour-long video discussion Friday with Stanford students and others, Ukrainian President Volodymyr Zelenskyy engaged in a discussion of his hopes, fears and determination in his nation’s battle against the Russian invasion.

One of the most poignant moments came near the end when a student named Katherine at the university from Ukraine asked about the toll being taken by young Ukrainians.

“Kathrine, you know, it’s true someone is studying in universities and someone is standing in line to the drafting stations and answering the calls for mobilization are very young boys and girls,” he said. “Very young and unfortunately not all of them will see a chance to write a thesis and not all of them will stay alive. That’s a terrible story. That’s why I would like to wish to all the students, I would like to wish you a long and interesting life.”

“In what you are doing. In science, in journalism, in art…that is why I would sincerely wish you peace.”

The  Ukrainian President answered questions for nearly an hour.  He also offered his condolences to the families of the 19 elementary school children and two teachers killed in the Uvalde shooting.