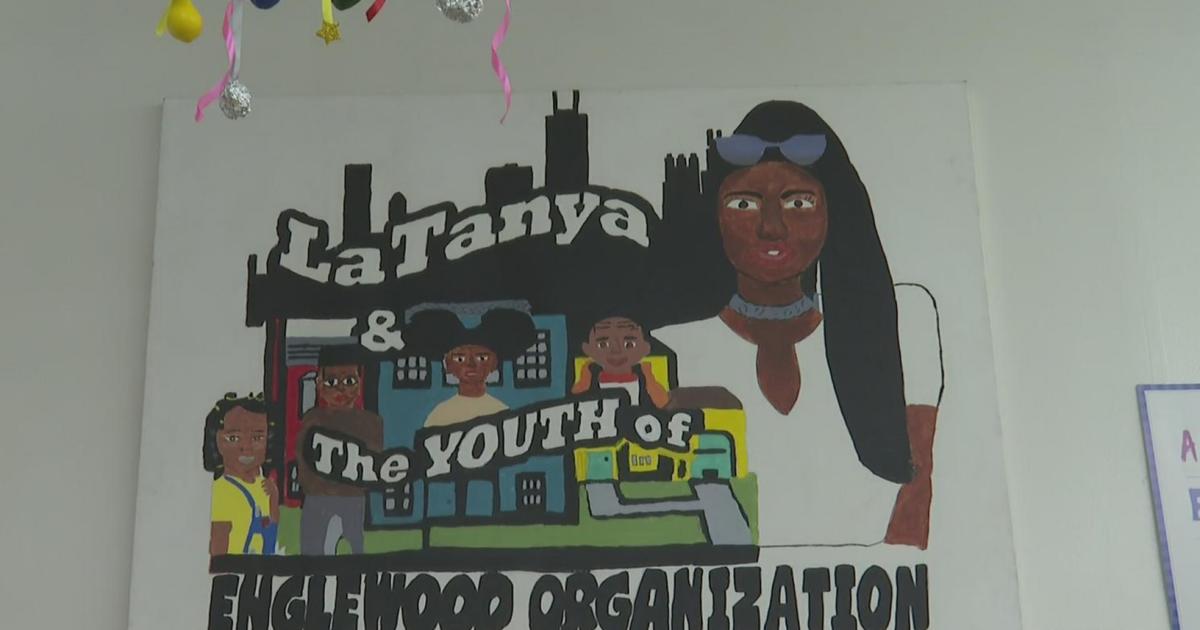 CHICAGO (CBS) — There is a lot of discussion around youth and violence in Chicago.

Grassroots organizations defy odds just to do essential work. and now one group on the South Side is getting one of its biggest financial boosts ever, CBS 2’s Steven Graves introduces us to its leader.

She gets up early every day.

Taking kids to school in a van. And then brings them here for aftercare — for food, fun, and education.

“This is their second home.”

The corner of 63rd and Troy in Chicago. The home of LaTonya & The Youth of Englewood.

“And I know that they’re safe and they’re engaged and involved in a positive environment,” LaTonya Johnson said.

For close to a decade, she’s helped kids ages five to 14 mainly from Englewood.

“You had those children who was outside with nothing to do,” she said.

It is her childhood neighborhood. An area that had the most children shot in Chicago last year.

A growing village that recently bestowed an unthinkable surprise.

“And it was like ‘Whoa’, ok, this is really real. This is real,” Johnson said.

This grant is specifically for violence prevention initiatives. It is also an investment made possible by the state’s budget and financial relief package for fiscal year 2023.

“The funding I secured for the Youth of Englewood will allow the organization to continue its involvement with the community by supporting its violence prevention initiatives,” said State Senator Jacqueline Y. Collins (D-Chicago). “This grant is one of many made possible by the state’s financial responsibility, and these services will help our communities garner resources and opportunities for youth in need.”

And in LaTonya’s mind, she hopes that means helping these young people discover their purpose and potential.

“Figuring out programming around anti-violence also youth employment as well. Being able to put those youth to work. Let me tell you what my new slogan is…’Put the guns down and pick up a job.'”

She hopes to provide stipends for youth to pick up work. While still working out how to allocate the money.

But it’s motivation to keep going — overcoming times when she would take money out of her own pockets to give kids hope.

Johnson is currently gearing up to hold her Summer Program. It will provide a safe haven for at least 50 children.

Steven Graves is a Multimedia Reporter for CBS2 Chicago who joined the team in September 2019.