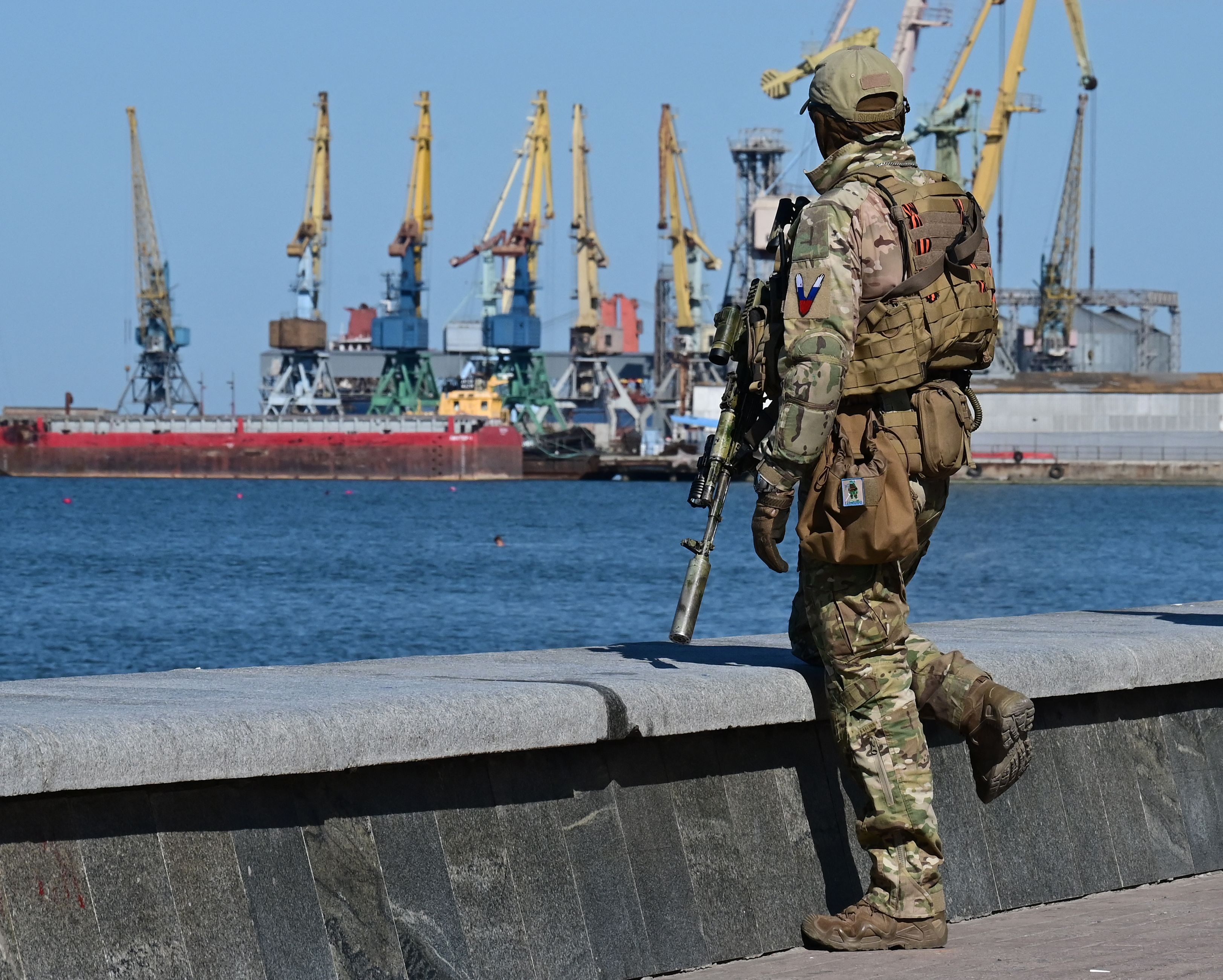 Three Russian officials installed in occupied Ukrainian cities have been killed in bombings in the past two weeks amid Kyiv ramping up efforts to take back its territory.

Russian President Vladimir Putin launched the Ukraine invasion on February 24 to “liberate” the Donbas region, a separatist area of eastern Ukraine. Moscow has largely failed to achieve any major victories in Ukraine, whose troops surprised Russia with a stronger-than-expected defense effort. However, Russia has won some territory in the Donbas, where they have installed its own leaders.

Several Kremlin-installed officials have been killed in attacks in recent weeks as Russian losses mount and Ukraine seeks to retake occupied territory—specifically in Kherson, the first major city Russia captured at the start of the war. The deaths came as Ukraine said Russia’s death toll surpassed 50,000 on Tuesday.

In the latest anti-Russian attack, a “commandant,” Artem Bardin, died after his car was blown up in the town of Berdyansk inside the Zaporizhzhia region, according to Ukrainian news outlet Ukrainska Pravda.

Zaporizhzhia has been a key site in the war as whoever controls the territory also controls the Zaporizhzhia plant, the largest nuclear power facility in Europe. Currently, the town remains occupied by Putin’s forces and experts warn that fighting at the plant could lead to a nuclear disaster.

After Tuesday’s explosion, Bardin was taken to a hospital in serious condition but died of his wounds, Pravda reported. More information about the attack—including whether the Ukrainian military or another group was behind it—remains unknown.

Two other Russian-installed officials were killed in bombings less than two weeks earlier.

On August 26 in Berdyansk, Oleksandr Kolesnikov, the Russian deputy head of the local traffic police, died in an explosion near the Kryvorizky Mine health center, according to an earlier report from Pravda. Kolesnikov also was taken to a hospital with shrapnel wounds and died of his injuries.

Russia accused Ukraine of being behind the attack, Pravda reported.

Putin’s appointed mayor of Mykhaylivka, Ivan Sushko, was killed by a car bomb that was intentionally placed under the seat of his vehicle, Russian official Volodymr Rogov wrote in a translated Telegram post on August 24.

Other Kremlin officials killed in attacks

Other installed leaders were killed in earlier attacks, according to Radio Free Europe. On August 6, a Russia-appointed deputy mayor of Nova Kakhovka was shot dead by an unidentified gunman outside of his home. On June 24, a car bomb in Kherson killed Dmytro Savluchenko, whom the Kremlin appointed to lead the region’s directorate for youth policies, the outlet reported.

Some pro-Putin officials have even been targeted inside Russia.

Alexander Dugin, a close Putin ally, was targeted in a car bombing in a Moscow suburb on August 20. However, he was not inside the car at the time, so the attack killed his 29-year-old daughter, Darya Dugina. Ex-Russian politician-turned-Putin-adversary Ilya Ponomarev claimed that an organization called the National Republican Army was responsible for the bombing.

Newsweek reached out to the Ukrainian Ministry of Defense for comment.