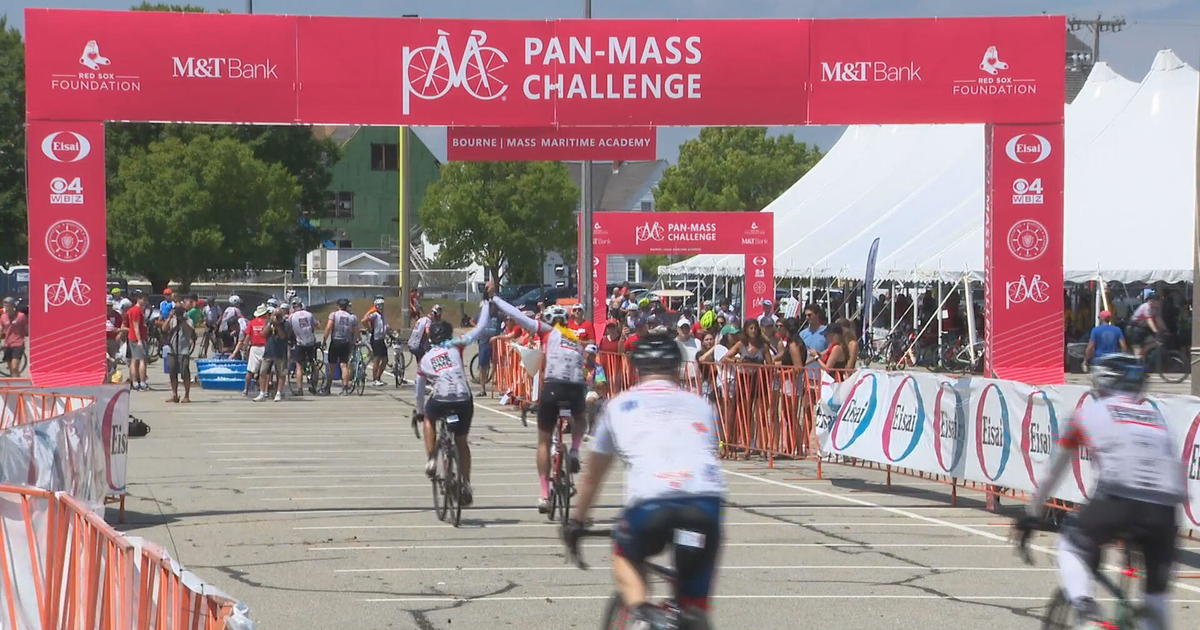 STURBRIDGE – It was an early morning start in Sturbridge as the 43rd Pan-Mass Challenge is underway for thousands of riders.

The PMC is the single biggest athletic fundraising event in the world, and on Saturday, riders had to deal with some scorching temperatures.

So far, the PMC has raised $831 million for the Dana Farber Cancer Institute. This year’s goal is $66 million, which would be a new record.

The event aims to benefit patients like Mia Lee, a 6-year-old girl who is undergoing treatment for B-cell leukemia.

Her mother, Nar Lee, says she was diagnosed in April of last year.

“It’s been tough. I mean the diagnosis of cancer, especially for your child, is not anything I would wish on my worst enemy,” said Lee.

Mia is a pedal partner and is paired with a team riding in her name, the “Arlington Angels.”

Steve Mansfield of Arlington is on the team. He is cycling 85 miles for Mia and for young people from his hometown who have lost their battle with cancer.

“You’re hot and tired and sweaty, but look what they go through,” Mansfield said. “It’s why we do it.”

From Lakeville to Bourne, the finish line for Day 1 was filled with spectators and volunteers out in droves braving the heat.

And the energy was undeniable for a cause as important as this.

“People are beaming,” said Billy Starr, Founder and Executive Director of the Pan-Mass Challenge. “They love being here. It’s an 85 percent alumni group. They get it. They come back every year for this feeling and for the cause.”

For some, the ride ends in Bourne. Others will hit the road Sunday morning, where it’s 77 miles to the finish line in Provincetown.

Brandon Truitt joined WBZ-TV in January 2022 after working as a reporter and fill-in anchor at WPRI in Providence, Rhode Island. Before WPRI, Truitt worked at WNCT in Greenville, North Carolina, where he began his career in broadcast journalism.