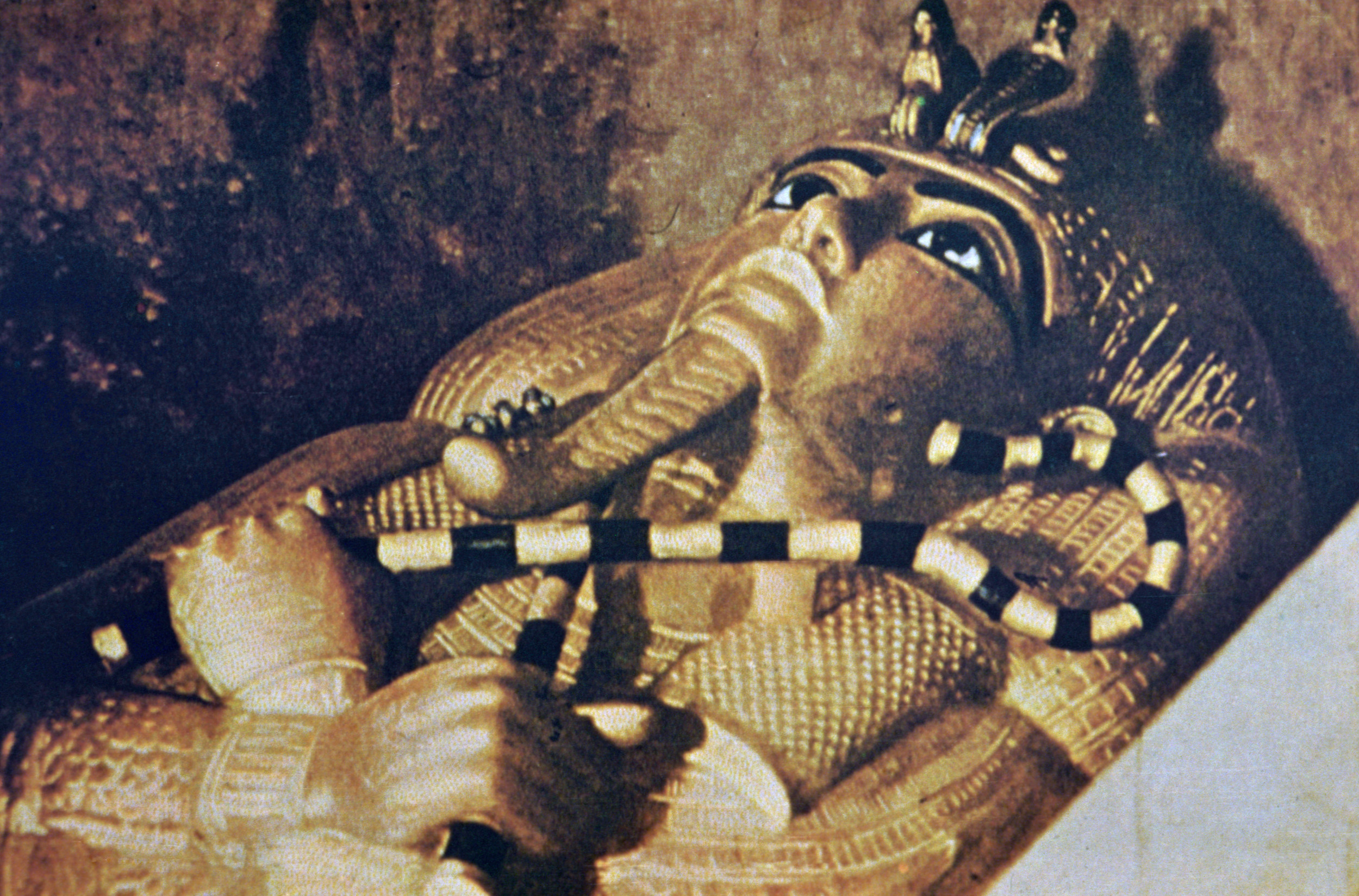 The tomb of King Tutankhamun is among the most iconic ancient Egyptian sites. But as the 100-year anniversary of its discovery approaches, several mysteries about the famous pharaoh’s life remain a mystery.

The ancient leader, commonly referred to simply as King Tut, ruled Egypt from 1,332 – 1,323 B.C., taking the throne at the age of just eight or nine, and passing away when he was around 18 years old.

In November, 1922, the British archaeologist and Egyptologist Howard Carter discovered the almost intact tomb of Tutankhamun in Egypt’s Valley of the Kings—a find that received worldwide media coverage and sparked a resurgence of interest in the ancient history of the country that he once ruled. (Robbers had broken into the tomb at least twice by the time of its discovery, carrying some small items, meaning it was not completely intact.)

“Tut’s tomb is hands down the richest find in Egyptian archaeology, and arguably all of archaeology,” Tom Mueller, an expert on the history of King Tut and author of National Geographic‘s November cover story, told Newsweek. “His is the only—almost—intact royal tomb.”

The cover story goes behind the scenes of the under construction Grand Egyptian Museum (GEM) in Giza, which once inaugurated, will be the largest archaeological museum in the world. The GEM, which is set to open later this year or next year—the inauguration has been beset by delays—will host more than 5,000 artifacts from King Tut’s tomb, filling two galleries of the the museum.

But while we know a huge amount about King Tut’s life and his views on the afterlife from this abundance of artifacts, there are still several surprising gaps in our knowledge of the boy-king’s rule of Egypt, according to Mueller.

One of the main questions surrounding King Tut is how physically healthy and active the young ruler was.

“Some scholars, observing the wear on his war chariots, bows and arrows and other grave goods in his tomb, have deduced that he was an active young man, hunted hippopotami, even led his troops in combat,” Mueller said. “Others, noting the presence of walking sticks and an apparent malformation of his foot, conclude that he was a cripple.”

The ancient ruler’s physical appearance is still somewhat of a mystery despite the fact that numerous “portrait” sculptures were found in his tomb. Experts have long debated how realistic or stylized these depictions of the pharaoh actually are.

“For example, his famous golden death mask seems to have elements of his actual face, but has been sublimated by a master artist or craftsmen to become simultaneously the portrait of an eternal god, as all pharaohs were considered to be,” Mueller said.

How did King Tut die?

The cause of King Tut’s death is also still unclear, and has been the subject of considerable debate among experts. Some research has indicated that the young king was physically disabled and suffered from several other notable health issues during his short life. Experts are still debating how big a role a leg injury and subsequent infection, malaria, genetic disease, and other maladies played in his passing.

One theory that the boy-king was murdered has been disproved, however. Apparent signs that King Tut had suffered blunt-force trauma to the head were shown by experts to have been caused by normal decomposition processes.

Other enduring mysteries surrounding the king’s life include questions over whether he ever ruled as an independent monarch, given that he passed away around the age of 18, or if he was more of a puppet of the powerful figures in his court, according to Mueller.

For example, questions persist as to whether it was King Tut who decided to return the Egyptian royal court from Amarna, where it had been moved a generation before, back to Thebes, or a high priest, his mother, or other actors, Mueller said.

The family tree of the pharaoh also contains significant mysteries that have yet to be resolved, Mueller said. DNA research that is currently being conducted by an international team may finally be able to solve the question of his parentage, with results expected by the end of this year.

“Was his father really Akhenaten, the ‘heretic pharaoh,’ as many assert? We still don’t know for sure. This DNA analysis should also help to clarify some outstanding questions about his health and cause of death,” Mueller said.

Where is the tomb of Nefertiti?

One of the most “exciting and controversial” recent assertions about King Tut’s tomb, according to Mueller, is that Queen Nefertiti, another former ruler of Ancient Egypt, is buried somewhere within—a claim made by Egyptologist Nicholas Reeves in September this year. It is not known where the remains of the queen, who may have been Tut’s stepmother, lie.

“Note that Reeves made similar claims a couple years back, based on scans of the site, which were later disproven,” Mueller said. “[He] is a serious scholar, and his views, this time based on an analysis of partially destroyed hieroglyphs, deserve serious attention.”

“All in all, it’s remarkable that [King Tut], the best-known ruler in all of ancient Egypt, at least from the archaeological perspective, remains in many ways a shadowy figure.”

But aside from the mysteries surrounding his life, why has King Tut been the subject of fascination for so long?

According to Mueller, there are a number of reasons—the first of which is the widespread media coverage that the tomb’s discovery received at the time.

“The rediscovery of Tut’s tomb set off a media explosion, and a worldwide wave of Egyptomania, because it was found at a time when mass media was new,” he said. “The magnificent, dramatic photographs of Harry Burton could now be shown in print and video around the world, in major venues like the London Times.”

“Tut hit home in 1922 because he both provided a welcome distraction from the horrors of the Great War, and at the same time reminded many viewers of the toll of the war—this young man wrapped in linen bandages reminded many of the countless young soldiers who were wounded and killed in battle.”

The story of the tomb’s discovery and the alleged curse that haunted the site all served to boost interest in the find.

“This was an adventure story as well as a major scholarly find, better in many ways than Raiders of the Lost Ark—and no doubt a primary inspiration for this film,” Mueller said.

“Tut made a huge impression on viewers the world over, then and today, because of the unparalleled richness and virtuoso artistry of so many of his grave goods, which are both treasures of gold and gemstones, and artworks of the highest aesthetic quality.”

Egypt has also promoted Tut and his treasures as symbols of the nation’s rich history, cementing the king’s legend.

“Since the 1970s, when worldwide touring exhibits of Tut’s treasures began, Egypt has deftly employed Tut almost as a diplomatic figure, traveling the globe and impressing on countless nations the majesty of Egypt’s past,” Mueller said.