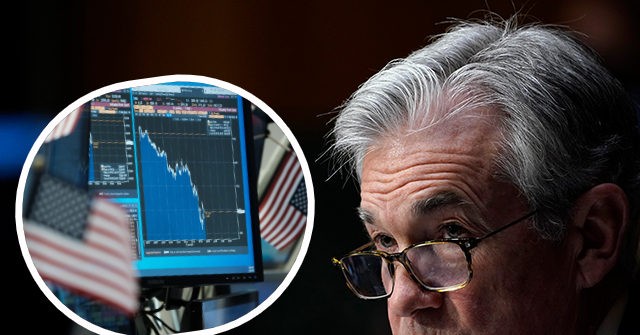 If we had not already quoted old Tom Eliot on the alleged cruelty of April, we would certainly be tempted to do so again after Friday brought the April sell-off to such a crescendo.

The Nasdaq Composite suffered its worse month since October 2008. That was the month that followed the collapse of Lehman Brothers, AIG, and nearly the entire U.S. financial system. Congress rejected TARP and then, after some inconsequential fiddling and some very consequential stock market plunges, turned around and passed it. It was a time of panic in financial markets.

That makes the current calm seem odd. The FAANG stocks—Facebook, Apple, Amazon, Netflix, and Google (which should now be properly called MAANA, fitting, because Facebook is Meta and Google is Alphabet)—had their teeth broken. Collectively, they shed about one trillion dollars of value in the course of the month. Netflix, one of the kings of the pandemic stay-at-home stocks, is down 50 percent in the month. Alphabet is down 19.2 percent. Apple and Facebook have lost more than 10 percent. Amazon has dropped 25 percent. But no one seems to be panicking. It might be a steep decline, but it is a somewhat orderly one. 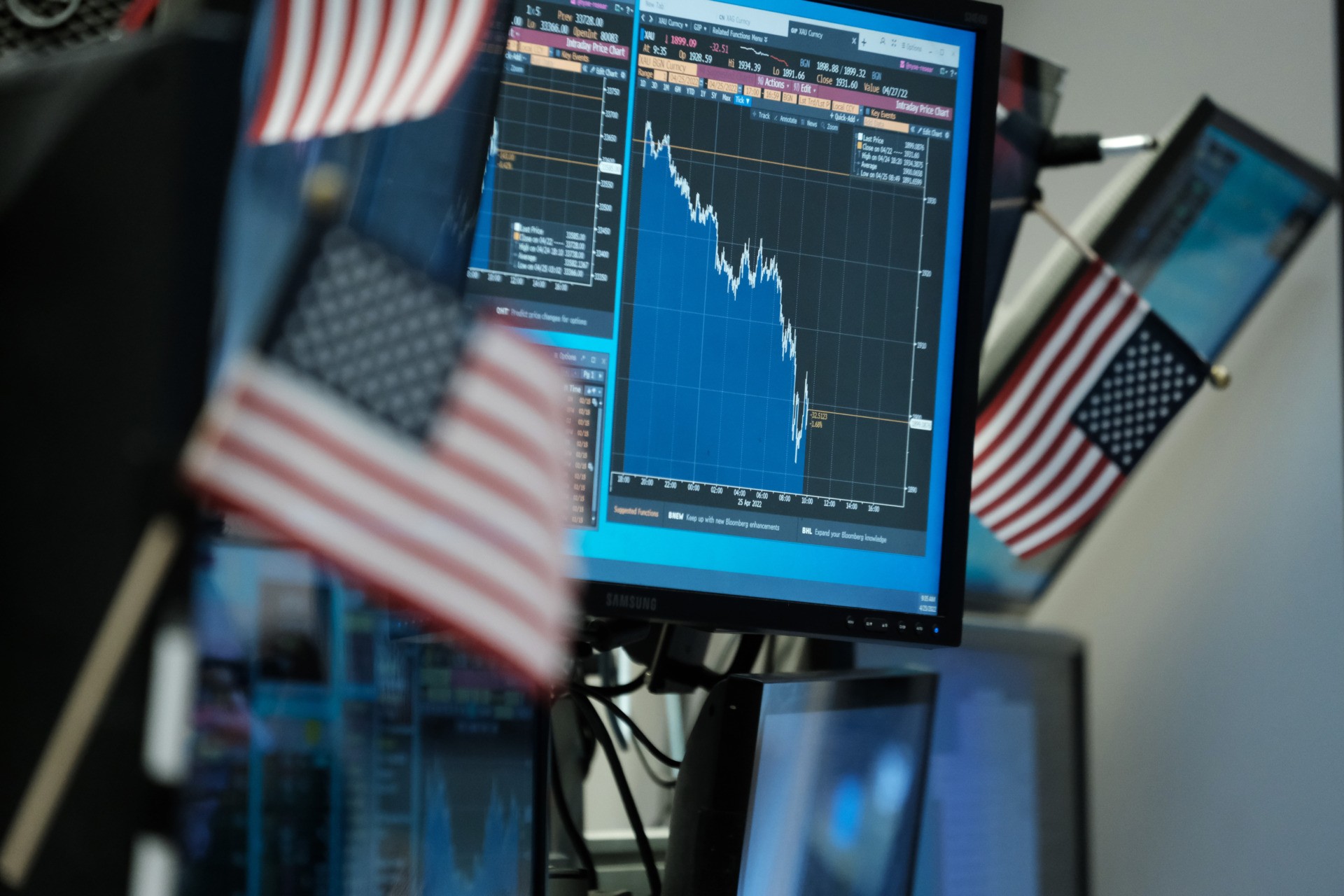 A monitor on the the floor of the New York Stock Exchange shows a drop in stocks on April 25, 2022. (Spencer Platt/Getty Images)

One of the key drivers of the sell-off is the realization that the era of manna from heaven, in the form of easy money from the Federal Reserve, is over. The Fed is expected to raise its interest rate target by 50 basis points at its meeting next week. Bank of America analysts see the Fed raising rates by the same amount at the next two meetings and then raising them by a quarter of a percentage point every meeting thereafter. While we have been beating the drum of a steeper climb for rates for months, the market only recently arrived at this view. As recently as March 1, fed funds futures prices implied a 90 percent chance of a quarter-point hike and basically zero probability of a half-point at the May meeting.

The consensus view has now come around to our view that the Fed fell behind the curve in the months it insisted–explicitly at first and later more quietly–that inflation was transitory and could be counted upon to largely fade away as time healed the wounds of the pandemic and ushered in a faster than expected recovery. This policy error means that to bring inflation under control, the Fed will have to raise rates swiftly and to a higher terminal rate. Most likely, real rates—meaning interest rates after inflation—will have to be brought up into positive territory, which would mean a Fed target higher than it has been in decades. That could throw the economy into a recession. Some analysts think a recession is inevitable, some think it might be avoided with a so-called soft landing, and a small cadre thinks that a recession will be necessary to bring inflation under control.

The negative turn for first-quarter GDP certainly added to talk of recession risks. In some ways, it might be a relief if we had entered into a mild recession that could tamp down on demand from businesses and consumers and ease inflationary pressures. Unfortunately, there’s nothing in the first-quarter contraction that suggests that. On the contrary, consumer spending was quite high as was business sector demand. The labor market tightened further. What dragged down the headline figure was the surge of imports and depressed exports alongside the necessary retreat in inventories after the accidental holiday build up at the end of last year. The economy shrank but not in a way that cut inflation. So the negative growth rate is not likely to give the Fed much pause next week.

What may pose the biggest risk of recession is consumer psychology. Currently, consumer spending has remained strong because employment is high and wages are rising (although not yet as fast as prices). These have been the lonely supports for an already depressed consumer sentiment. If the Fed’s rate hikes raise unemployment and slow wage gains before inflation is tamed, which may be economically necessary, consumer sentiment could fall to all-time lows. The result of that would likely be a recession that might be deeper than even today’s pessimists are forecasting.

If that sounds overly gloomy, we’ll remind you that we began today’s digest by describing the worst sell-off in stocks in decades. Certainly, the market reflects a gloomy outlook.

Things could be worse. Here’s how the poet Edna St. Vincent Millay described the month in her poem “Spring.”

An empty cup, a flight of uncarpeted stairs.

It is not enough that yearly, down this hill,

There’s some comfort in the fact that we’re leaving April with an understanding of what the babbling meant, and it doesn’t all amount to nothing.