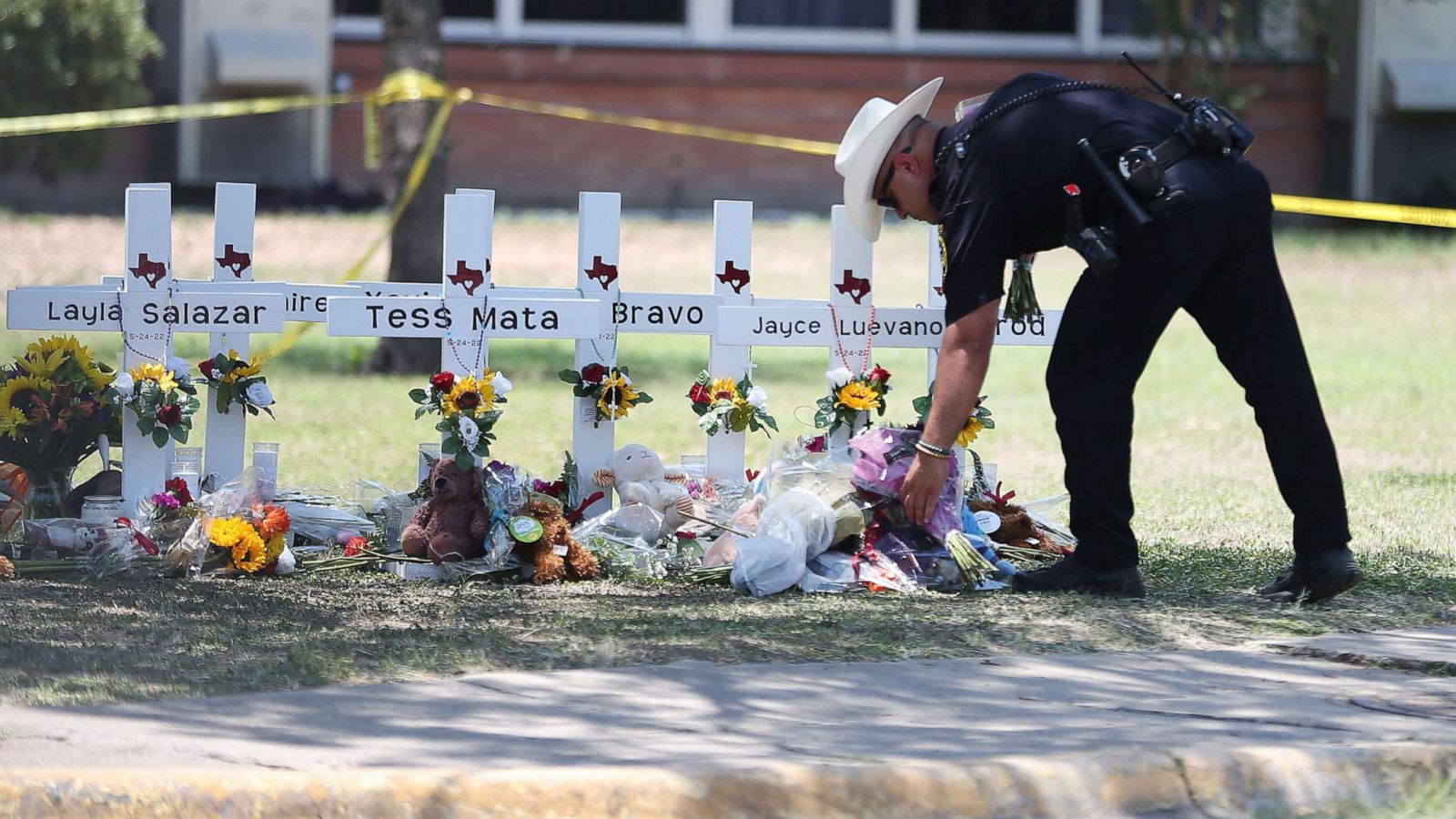 The U.S. Marshals said they never placed anyone in handcuffs, but they say they “maintained order and peace in the midst of the grief-stricken community that was gathering around the school,” in a statement posted on Twitter.

U.S. Marshals arrived on scene from Del Rio, Texas, at 12:10 p.m., and the first deputy U.S. Marshal went into the school to assist BORTAC, the elite tactical CBP team that ultimately shot the alleged shooter, the statement said.

They came from 70 miles away and got the first call around 11:30 a.m., according to the statement.

“Additional Deputy U.S. Marshals were asked to expand and secure the official law enforcement perimeter around the school,” the statement said. “Our hearts are heavy with sorrow and sadness at this horrific crime. We send our condolences to all the victims and families affected by this tragedy.”

Angeli Rose Gomez, a mother waiting outside for her children, told the Wall Street Journal she was one of numerous parents urging police and law enforcement officers to go into the school sooner, first politely and then more urgently. She said U.S. Marshals put her in handcuffs, and told her she was being arrested for intervening in an active investigation.

Angel Garza, the stepfather of one of the children killed in the shooting, ran to try to reach and help his child, and was restrained and handcuffed by a local police officer, Desirae Garza, the girl’s aunt, recounted to the New York Times.