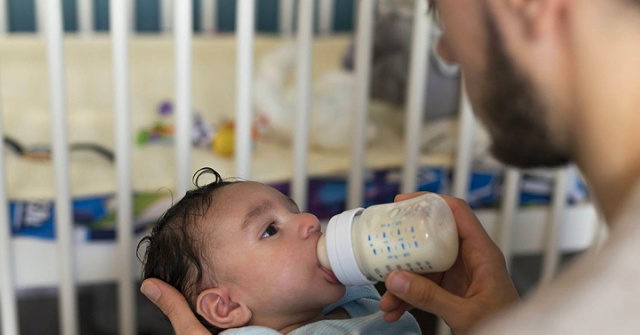 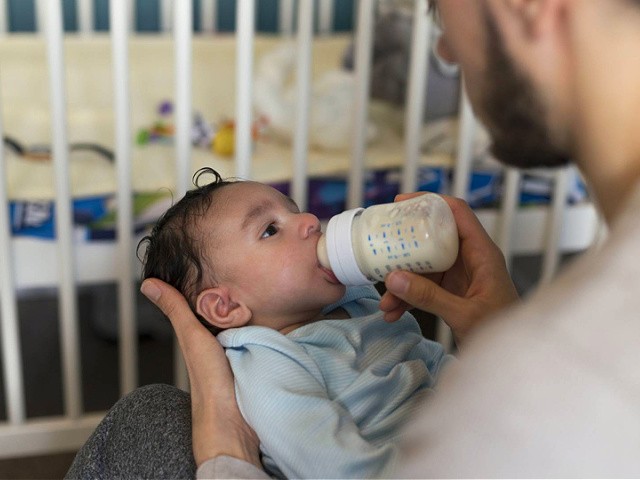 One Texas restaurant owner is doing all he can to feed the babies in his community amid the baby formula shortage that has swept the nation.

Benji Arslanovski, who owns Our Place Restaurant in Mansfield, Texas, has been giving away formula to local families who have been hard-pressed to find the precious product, KDFW reported.

During an interview on Fox News Channel’s Fox and Friends Friday morning, he told host Steve Doocy that he has given away more than 300 cans thus far, adding that Texas Health of Mansfield has offered to pitch in on the effort by donating 105 cans.

Arslanovski’s effort first started when he ordered six cases of Gerber formula from the foodservice distributor US Foods and took to social media to alert families that he had product in stock, the Dallas Morning News reported. The post was shared thousands of times, according to KDFW.

Arslanovski noted on Fox and Friends that he initially intended to sell the product at cost, but after the first interaction with a woman who needed formula, he decided to give the product out for free.

“The first lady that came in and was so happy to have a can – I just couldn’t charge her, and that just did a spiral effect, I just couldn’t see myself charging anybody,” he said. “Just trying to help feed some babies.”

When Doocy asked the restaurant owner earlier in the interview if he would be taking the product if it was needed by a hospital, he confirmed he would not, adding that he used to work for US Foods for a number of years.

“I kind of knew that they would have some in stock, I just didn’t know if I was able to take it, so I confirmed that that wasn’t something that was a high mover for them, with the particular count, so I tapped into it,” he told Doocy.

The first six cases of baby formula were given away in just hours last weekend, KDFW noted, and Arslanovski promptly ordered another 20 cases.

Tranda Franklin, who has an infant grandson and has been searching far and wide for formula, left her contact information with Our Place Restaurant, which provided her with formula when a delivery came in, according to the Dallas Morning News.

She told the outlet:

They called me to tell me the formula had come, and when I got there they had a can waiting for me. This is such a blessing. It’s been very stressful. With gas prices like they are and having to go from place to place looking for formula only to be unsuccessful, it’s very difficult. We were on our last can of formula for my grandson and we only had enough to make about three to four more bottles.

Arslanovski is working on getting more of the product in stock.

“I’ll keep doing this as long as people need it and as long as US Foods has formula in stock,” Arslanovski told the Dallas Morning News. “I’m just trying to give back to the community that has been so good to me.”