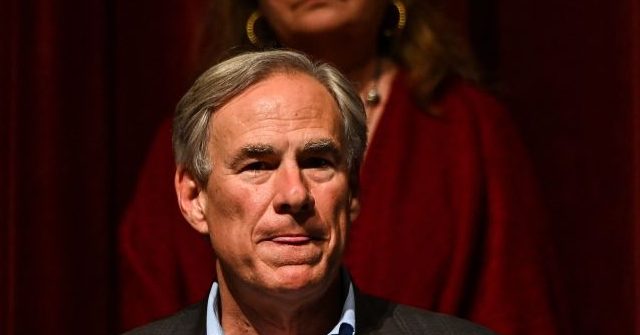 Texas Gov. Greg Abbott (R) on Friday skipped the National Rifle Association (NRA) conference and spent the day in Uvalde, providing an update on the tragedy at a Texas elementary school shooting that left 19 children and two adults killed, making it clear that he is “livid” at the misinformation he was initially given on the shooting.

In the wake of the Robb Elementary School shooting, the Texas Republican skipped attending the NRA convention in Houston in person, providing pre-recorded remarks at the event instead. Lt. Gov. Dan Patrick (R) also skipped an in-person appearance at the event.

“While a strong supporter of the Second Amendment and an NRA member, I would not want my appearance today to bring any additional pain or grief to the families and all those suffering in Uvalde,” Patrick said.

Abbott instead spent the day in Uvalde, releasing an update on the shooting.

“I was misled,” Abbott said of the police response to the shooting following news that it took officers an hour to get into the classroom. “I am livid about what happened.”

“I was on this very stage two days ago and I was telling the public information that had been told to me in a room just a few yards behind, where we’re located right now. I wrote down hand notes in detail about what everybody in that room told me in sequential order about what happened, and when I came out here on this stage and told the public what happened,” Abbott said, explaining that it was a “recitation of what people in that room told me, whether it be law enforcement officials or non-law enforcement officials, whatever the case may be.”

“And as everybody has learned therefore, the information that I was given turned out in part to be inaccurate, and I’m absolutely livid about that,” he said.

“Here is my expectation. My expectation is that the law enforcement leaders that are leading the investigations which includes the Texas Rangers and the FBI, they get to the bottom of every fact with absolute certainty,” Abbott said.

“There are people who deserve answers the most and those are the families whose lives have been destroyed. They need answers that are accurate, and it is inexcusable that they may have suffered from any inaccurate information whatsoever. And it is imperative that the leaders of the investigations about exactly what happened — get down to the very second of exactly what happened with 100 percent accuracy and explain it to the public, but most importantly to the victims who have been devastated,” Abbott continued. 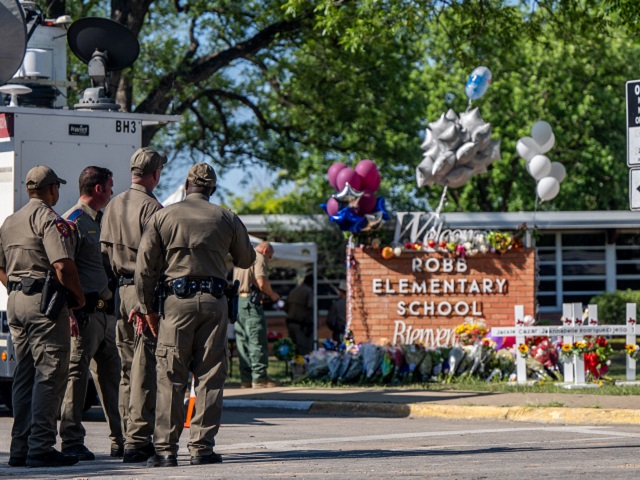 Law enforcement officers stand looking at a memorial following a mass shooting at Robb Elementary School on May 26, 2022, in Uvalde, Texas. According to reports, 19 students and 2 adults were killed, with the gunman fatally shot by law enforcement. (Brandon Bell/Getty Images)

“My expectation is that as we speak in in every minute going forward, law enforcement is going to earn the trust of the public by doing exactly what they’re supposed to do from this point on,” the governor stated, adding, “And that is making sure that they thoroughly exhaustively investigate exactly what happened and explain to you in the public and the victims of the crime exactly what happened.”

The governor’s remarks coincide with reports that some of the school’s security features actually worked to protect the shooter and slow police response.

“The shooter managed to barricade himself behind two locked doors, forcing police to wait to find keys,” Breitbart News detailed:

Texas Department of Public Safety officials told Breitbart Texas on Friday that these classroom doors are designed to not be able to be kicked in by someone outside the classroom. The doors open toward the hallway and are encased in a metal frame. The windows on the door are a tall, slim rectangular shape designed to limit visibility into the classroom by an active shooter. The two classrooms have a suite-style bathroom between the two classrooms allowing the shooter to move back and forth at will between the rooms. Window blinds also prevented law enforcement from seeing into the classroom.