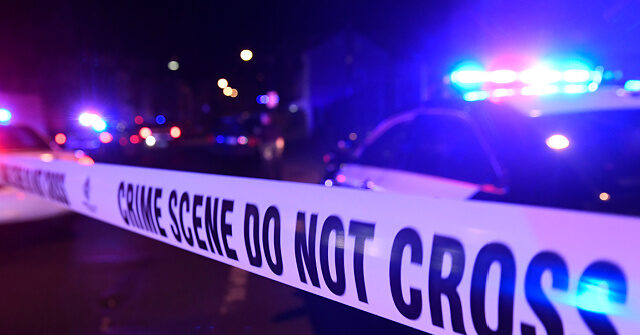 Four teenagers are dead after a car crash in Buffalo, New York, on Monday that may have been the result of a TikTok challenge.

Harper was reportedly the mother of a baby girl, according to WGRZ.

The wreck occurred Monday morning near where the 33 Expressway and Route 198 converge when the car crashed into a wall.

Photos showed two of the young people who were killed:

The faces of two young people killed in that crash on the 33/198 yesterday in Buffalo. They were passengers in a stolen vehicle @WGRZ Four were killed. The driver survived and will return to court in November pic.twitter.com/cmVNz3e1cf

According to Buffalo Police Department Commissioner Joseph Gramaglia, there were six people inside the Kia Sportage that had been reported stolen the day before.

“The 16-year-old who police say was driving and also not wearing a seat belt was treated and released from ECMC into BPD custody. He has been charged with unauthorized use of a vehicle in the third degree and criminal possession of stolen property in the fourth degree. He is due to appear back in court on November 15,” the Spectrum News 1 report said.

The outlet also noted a 14-year-old girl who was also inside the car was listed in good condition.

It was possible the group was doing a TikTok challenge that involves breaking into Kia vehicles, Gramaglia explained.

“The so-called Kia challenge, first posted over the summer, shows how to hot-wire Kia and Hyundai cars with a USB cord and a screwdriver. Many police departments around the country have reported increases in Kia and Hyundai thefts since the video was posted,” the Spectrum News 1 article continued.

Authorities explained the incident shed light on a larger problem in the area and across the nation.

“We have began to see a sharp increase in the number of Kias locally that have been stolen,” Gramaglia said during a press conference. He also told WKBW that since early 2020, car thefts have risen in the area.

The outlet noted such incidents were up 90 percent compared to this time period in 2021.

Investigators believe excessive speed was a factor in the recent crash.

Meanwhile, soaring crime in President Joe Biden’s (D) America is among the top three issues for voters looking toward the fast-approaching midterm elections, a Rasmussen Reports poll found in August.