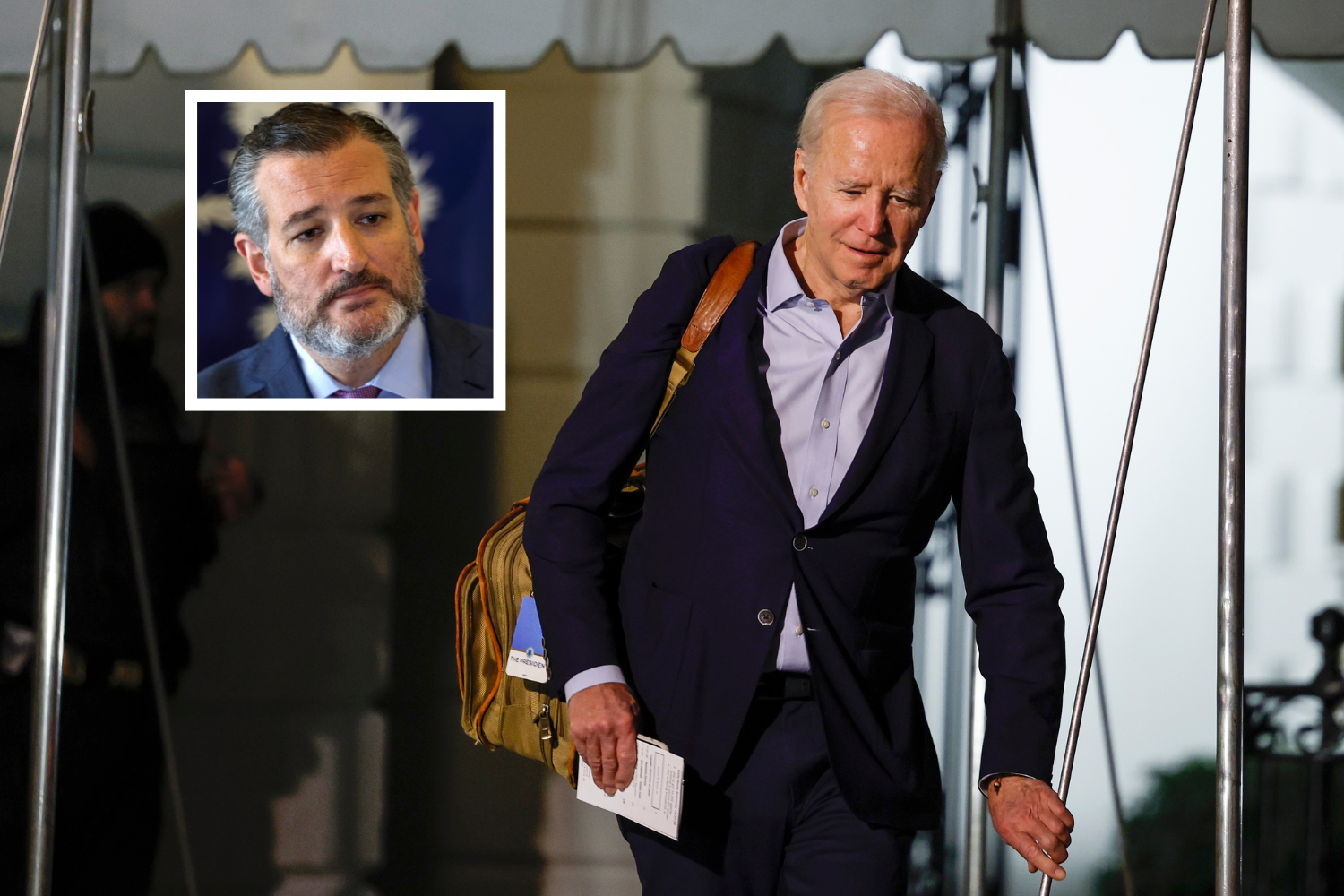 Senator Ted Cruz’s response to President Joe Biden’s holiday trip to St. Croix in the U.S. Virgin Islands has been met with a wave of online criticism, with some using it as an opportunity to resurface a highly criticized vacation the Texas Republican took during a winter storm last year.

The White House announced Tuesday that Biden had departed Washington for the islands, where he is set to spend several days with family through January 2. The president has faced his own wave of criticism from conservatives over the timing of his travels.

The U.S. is still dealing with the aftermath of a deadly winter storm that swept the nation, killing over 30 people in Buffalo, New York, as well as holiday weather–induced flight cancellations and delays that have left many Americans stranded.

“Not only is it a vacation, but it’s somewhere warm and beautiful while others are freezing, literally, to death,” former sportscaster turned political commentator Michele Tafoya said about Biden’s trip on Fox News Tuesday morning.

Cruz also weighed in on the president’s trip in a brief tweet Tuesday evening that read: “Enjoy St. Croix.”

Critics who interpreted this as a dig against the president were quick to note that Cruz traveled to Cancún, Mexico, in February 2021 as Texas was hit with a severe winter storm that left scores of residents without access to power, food and water. The Texas Republican later admitted that the vacation was a “mistake” and said that he booked the trip because his daughters had asked for it after school was canceled for the week.

“It’s crazy but when you do your job, you can take a vacation,” writer Tony Posnanski tweeted in response to Cruz’s post about Biden’s St. Croix trip. “Now tell us again how was Cancun when thousands of your Texas constituents had no power and were freezing?”

“Ted Cruz slammed Biden for going to St. Croix despite vacationing at the Ritz Carlton Cancun as hundreds froze to death,” her tweet read.

Texas’ Department of State Health Services released a report last January that gave an official death toll of 246 people in the February 2021 crisis, according to The Texas Tribune.

This is not the first time Cruz has been criticized for commeneting on one of Biden’s vacations. When the president took a weekend trip to his home state if Delaware in October last year, Cruz shared an official GOP tweet criticizing Biden’s travels, Newsweek previously reported.

Cruz also quote-tweeted the GOP post and said, “Cancun is lovely this time of year,” a comment that brought additional backlash online.