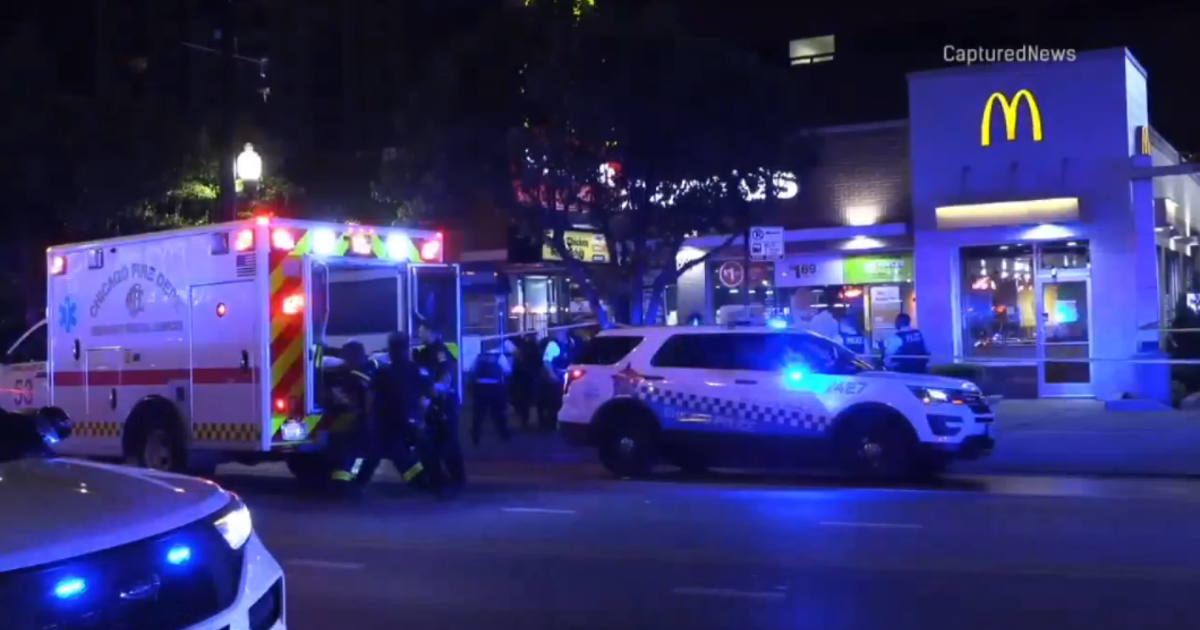 CHICAGO (CBS) — The man in custody for a mass shooting on the Near North Side has a criminal record and was wanted on an arrest warrant at the time of the shooting.

Charges are pending against the 21-year-old suspect Friday night. CBS 2 is not identifying him because he has not yet been charged, but police knew all about him.

A warrant had been issued for his arrest on Jan. 4 of this year for previous gun charges. According to court records, he failed to appear in court for four counts of aggravated unlawful use of a weapon.

Police have said the shooting happened around 10:40 p.m. near Chicago Avenue and State Street, outside a McDonald’s restaurant and a CTA Red Line station.

Chicago Police Supt. David Brown said there were reports of an earlier argument between two groups in the 800 block of North State Street. Video shows officers breaking up physical altercations between the groups.

About 30 minutes after that earlier confrontation, the two groups returned to the scene, and a person in one group began shooting at the second group. Two people were killed – including  and seven were wounded.

Anthony Allen, 31, died at Stroger Hospital  about an hour after the shooting. He was shot in the lower back, officials said. A second man who died has not been identified. He died at Northwestern Hospital late Thursday after he was shot in the chest. The surviving victims include a 46-year-old woman, who was shot in the leg, and six males, ranging in age from 17 to 31.

Brown said after firing into a group outside the Chicago-State Red Line station — the suspect fled, and officers chased him to the CTA Red Line platform. The group followed the shooter into the Red Line tunnel. Police said officers captured the shooter and recovered the weapon.

Mayor Lori Lightfoot spoke about the suspected shooter Friday afternoon, along with the dark future he might face.

“I think about the young man who shot last night, who’s now in custody, whose life is now taking on a completely different trajectory; because, in a moment of foolishness and haste, he settled a verbal altercation with a firearm,” she said.

Dorothy Tucker is a Chicago native, raised in Chicago’s Lawndale and Austin communities. She has been a reporter for CBS2 Chicago since 1984. She is a reporter on the station’s 2 Investigator team and is also president of the National Association of Black Journalists.