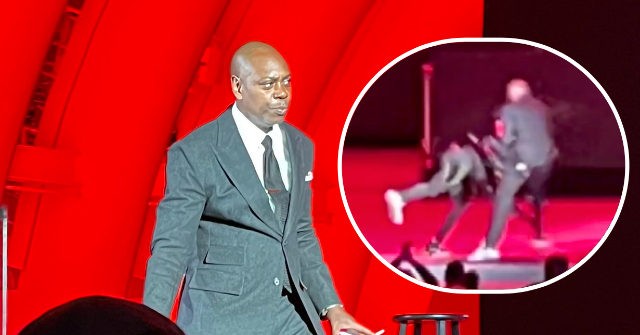 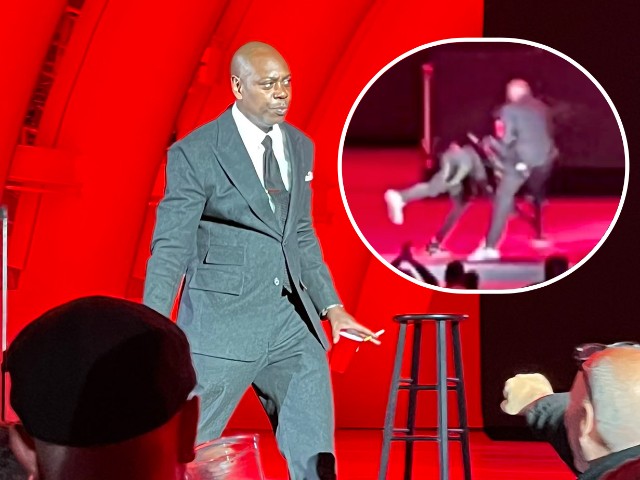 The Los Angeles Police Department has arrested a suspect in the assault of comedian Dave Chappelle on stage during a live performance at the Hollywood Bowl on Tuesday.

Isaiah Lee, 23,  was taken into custody by police after he allegedly rushed the stage and pointed a replica handgun at Chappelle, an LAPD spokeswoman confirmed to Breitbart News. Police recovered the replica gun, which they said contained a knife blade.

Police have charged Lee with assault with a deadly weapon, with bail set at $30,000. Lee is described as a black male; no other personal information was available.

Multiple videos posted to social media showed a man storming the stage at the Hollywood Bowl and jumping on Chappelle. Security personnel reportedly pulled the attacker off Chappelle and transferred him to police.

The idiot getting beaten down after attacking Dave Chappelle at Hollywood Bowl pic.twitter.com/Ft0FIUyjWv

Photos on social media show first responders loading the suspect into an ambulance, presumably because he sustained injuries in the confrontation.

Man That Attacked Dave Chappelle At His Show At Hollywood Bowl Has Hands Broken and Dislocated pic.twitter.com/ZvPgjdV5gz

Dave Chappelle, who reportedly was not injured, later joked that it was a “trans man” who attacked him. The comedian has become the target of criticism from transgender activists over his numerous jokes about trans individuals.

It remains unclear if Tuesday’s incident at the Hollywood Bowl was a copycat assault of the Will Smith slap of Chris Rock at the Oscars.

Coincidentally, Chris Rock was reportedly also performing at the Bowl on Tuesday as part of the “Netflix Is a Joke” festival. Rock reportedly came onstage with Chappelle after the assault and joked to the audience “Was that Will Smith?”

Dave Chapelle was rushed & attacked on stage by a man at the Hollywood Bowl. Chapelle tussled w/ the man, who ran behind the screen on stage & was surrounded by security. Chris Rock, who performed earlier, came on stage w/ him & joked: “Was that Will Smith?” #netflixisajokefest