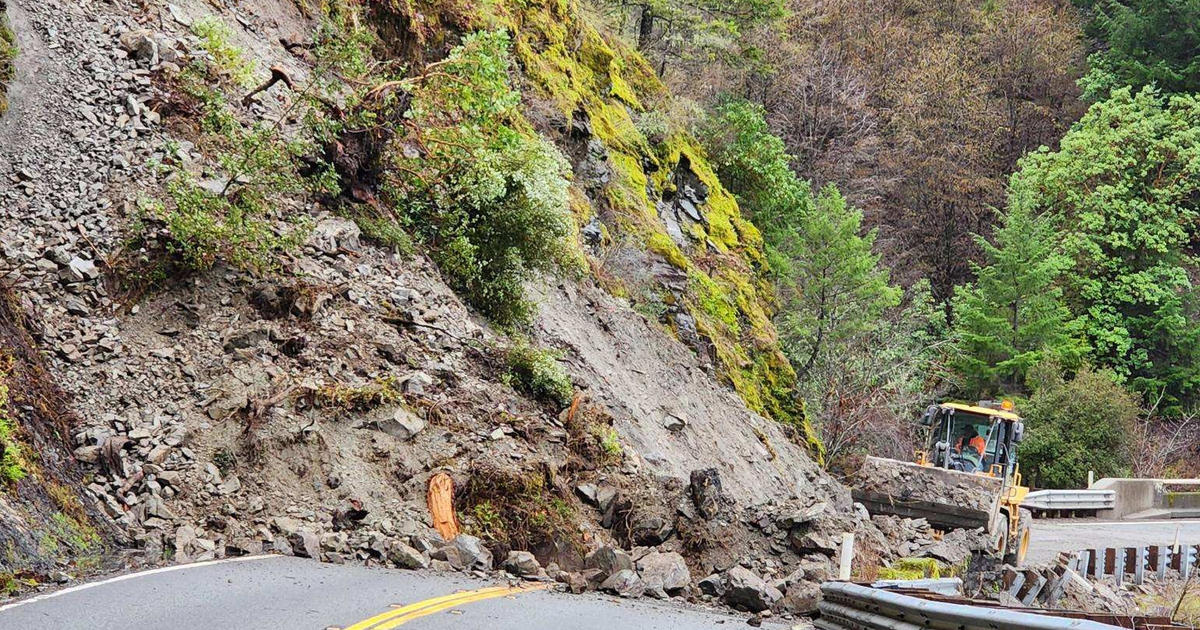 A powerful storm brought drenching rain or heavy snowfall to much of California on Saturday, snarling traffic and closing highways as the state prepared to usher in a new year. In the high Sierra Nevada, as much as 2 feet of snow could accumulate into early Sunday.

The National Weather Service in Sacramento warned about hazardous driving conditions and posted photos on Twitter showing traffic on snow-covered mountain passes, where vehicles were required to have chains or four-wheel drive.

The so-called atmospheric river storm was pulling in a long and wide plume of moisture from the Pacific Ocean. Flooding and rock slides closed portions of roads across Northern California.

“Too many road closures to count at this point,” the weather agency in Sacramento said in an afternoon tweet. Sacramento County urged residents in the unincorporated community of Wilton to evacuate, warning that flooded roadways could “cut off access to leave the area.”

Officials in Santa Cruz County posted a photo of a large sinkhole that opened along a road.

Rainfall in downtown San Francisco on Saturday topped 5 inches at midafternoon, making it the second-wettest day on record, behind a November 1994 deluge. With rain continuing to fall, it could threaten the nearly three-decade old record.

The California Highway Patrol said a section of U.S. 101 — one of the state’s main traffic arteries — was closed indefinitely south of San Francisco because of flooding. Videos on Twitter showed mud-colored water streaming along San Francisco streets, and a staircase in Oakland turned into a veritable waterfall by heavy rains.

Weather service meteorologist Courtney Carpenter said the storm could drop over an inch of rain in the Sacramento area before moving south. One ski resort south of Lake Tahoe closed chair lifts because of flooding and operational problems, and posted a photo on Twitter showing one lift tower and its empty chairs surrounded by water.

The Sacramento agency released a map of 24-hour precipitation through Saturday morning, showing a wide range of totals in the region, from less than an inch in some areas to more than 5 inches in the Sierra foothills.

The Stockton Police Department posted photos of a flooded railroad underpass and a car that appeared stalled in more than a foot of water.

The rain was welcomed in drought-parched California, but much more precipitation is needed to make a significant difference. The past three years have been California’s driest on record.

A winter storm warning was in effect into Sunday for the upper elevations of the Sierra from south of Yosemite National Park to north of Lake Tahoe, where as much as 5 feet of snow is possible atop the mountains, the National Weather Service said in Reno, Nevada.

A flood watch was in effect across much of Northern California through New Year’s Eve. Officials warned that rivers and streams could overflow and urged residents to get sandbags ready.

The state transportation agency reported numerous road closures, including Highway 70 east of Chico, which was partially closed by a slide, and the northbound side of Highway 49, east of Sacramento, which was closed because of flooding. In El Dorado County, east of Sacramento, a stretch of Highway 50 was closed because of flooding.

Humboldt County, where a 6.4 magnitude earthquake struck on Dec. 20, also saw roadways begin to flood, according to the National Weather Service’s Eureka office. A bridge that was temporarily closed last week due to earthquake damage may be closed again if the Eel River, which it crosses, gets too high, officials said.

It was the first of several storms expected to roll across California over the next week. The current system is expected to be warmer and wetter, while next week’s storms will be colder, said Hannah Chandler-Cooley, a meteorologist at the National Weather Service in Sacramento.

The Sacramento region could receive a total of 4 to 5 inches of rain over the span of the week, Chandler-Cooley said.

“Strong winds could cause tree damage and lead to power outages and high waves on Lake Tahoe may capsize small vessels,” the weather service in Reno said.

Avalanche warnings were issued in the backcountry around Lake Tahoe and Mammoth Lakes south of Yosemite.

On the Sierra’s eastern front, flood watches and warnings were issued into the weekend north and south of Reno, Nevada, where minor to moderate flooding was forecast along some rivers and streams.

In Southern California, moderate-to-heavy rain was falling Saturday. The region will begin drying out on New Year’s Day, with no rainfall expected during Monday’s Rose Parade in Pasadena.

Another round of heavy showers was forecast for Tuesday or Wednesday, the National Weather Service in Oxnard said.