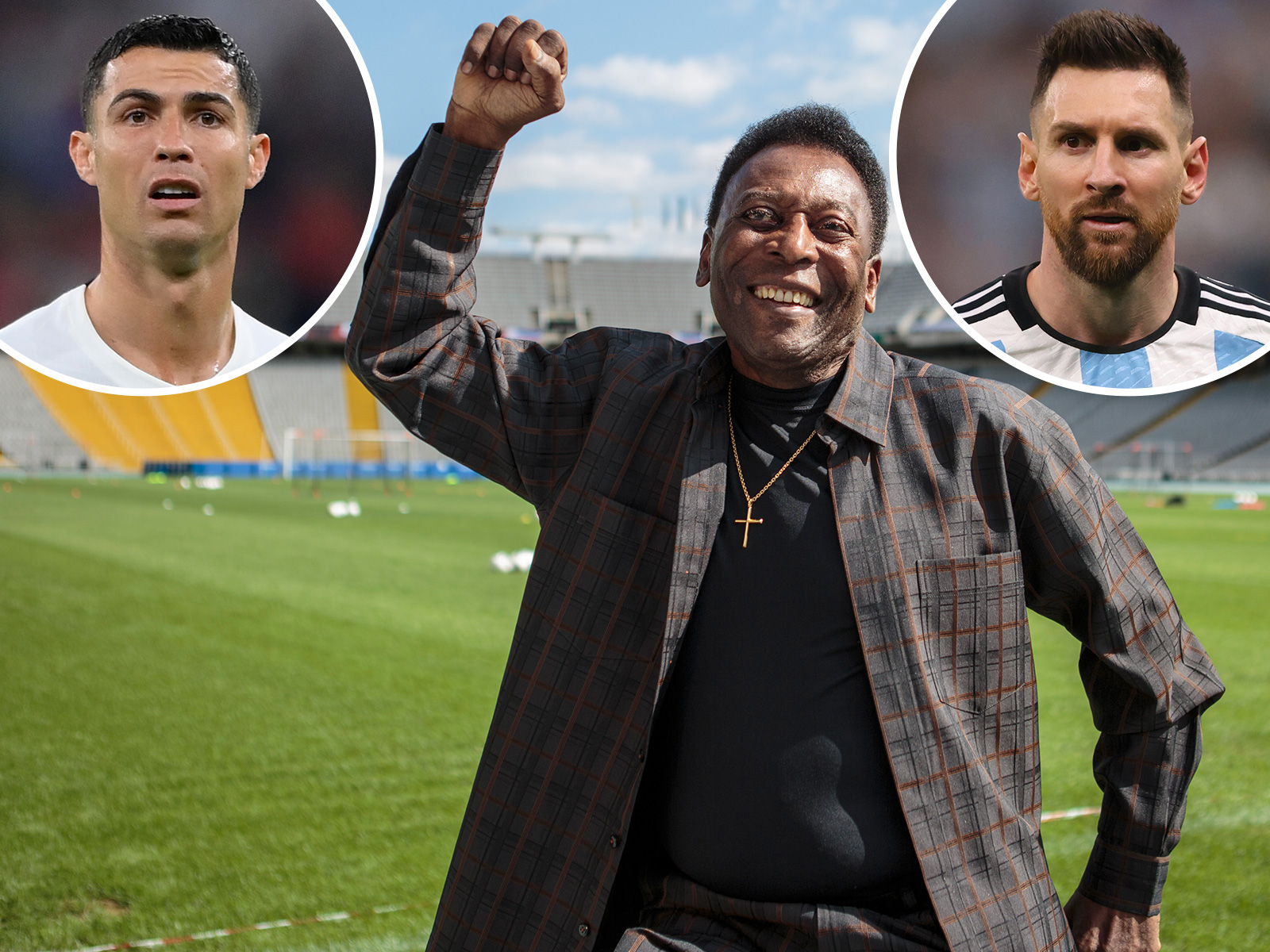 Soccer superstar Edson Arantes do Nascimento, better-known as Pelé, passed away on Thursday after a year-long battle with colon cancer and other medical issues. He was 82.

The Brazilian scored a world record 1,281 goals in 1,363 appearances during a 21-year career. These included 77 goals in 92 matches for his country.

His death was announced on his own Twitter page, with a black and white photo of Pelé accompanying the words: “Inspiration and love marked the journey of King Pelé, who peacefully passed away today. Love, love and love, forever.”

Tributes poured in from across the sporting world as well as from world leaders as the soccer innovator was honored for his contribution to the sport.

Neymar posted on Instagram: “Before Pelé, 10 was just a number. I’ve read this phrase somewhere, at some point in my life. But this sentence, beautiful, is incomplete.

“I would say before Pelé football was just a sport. Pelé has changed it all. He turned football into art, into entertainment He gave voice to the poor, to the blacks and especially: He gave visibility to Brazil. Soccer and Brazil have raised their status thanks to the King! He’s gone but his magic remains. Pelé is FOREVER!!”

Portugal’s Cristiano Ronaldo also shared his thoughts: “A mere goodbye to the eternal King Pele will never be enough to express the pain that is enveloping the whole of the football world right now.

“The care he always showed for me was reciprocated in every moment we shared, even when we were apart.

“His memory will endure forever in every one of us who love football.”

Former Brazil striker Ronaldo wrote on social media: “Unique. Genius. Technical. Creative. Perfect. Unequalled. Where Pele has gone, he has stayed. Never having left the top, he leaves us today. The king of football—one and only. The greatest of all time.”

World Cup winner Lionel Messi, who is considered alongside Pelé and Diego Maradona as one of the greatest players to have ever graced a soccer field, wrote: “Rest in peace, @pele.”

French striker Kylian Mbappé, who scored a hat-trick in this year’s World Cup final, tweeted: “The king of football has left us but his legacy will never be forgotten.
RIP KING.”

FIFA President Gianni Infantino said: “Pelé had a magnetic presence and, when you were with him, the rest of the world stopped.

“His life is about more than football. He changed perceptions for the better in Brazil, in South America and across the world…

“Today, we all mourn the loss of the physical presence of our dear Pelé, but he achieved immortality a long time ago and therefore he will be with us for eternity.”

President Joe Biden was among a number of world leaders also who paid tribute to the Brazilian superstar, tweeting: “For a sport that brings the world together like no other, Pele’s rise from humble beginnings to soccer legend is a story of what is possible.”

Former president Barack Obama also shared his thoughts after the passing of the soccer legend.

“Pelé was one of the greatest to ever play the beautiful game,” he wrote. “And as one of the most recognizable athletes in the world, he understood the power of sports to bring people together. Our thoughts are with his family and everyone who loved and admired him.”

Pele’s daughter, Kely Nascimento, who wrote on Instagram: “We are thanks to you. We love you infinitely. Rest in peace.”

No details are available about the funeral but there will be a vigil at Vila Belmiro in Santos, the city where Pelé will be buried.

Pelé had been undergoing treatment for metastatic cancer but it was reported that his chemotherapy treatment was no longer working.

He was taken by his wife Marcia Aoki and a carer to the Albert Einstein hospital in São Paulo where medical staff confirmed his condition of anasarca (general swelling), edemigemic syndrome (general edema) and “decompensated heart failure.”

Do you have a tip on a sports story that Newsweek should be covering? Do you have a question about soccer? Let us know via [email protected]