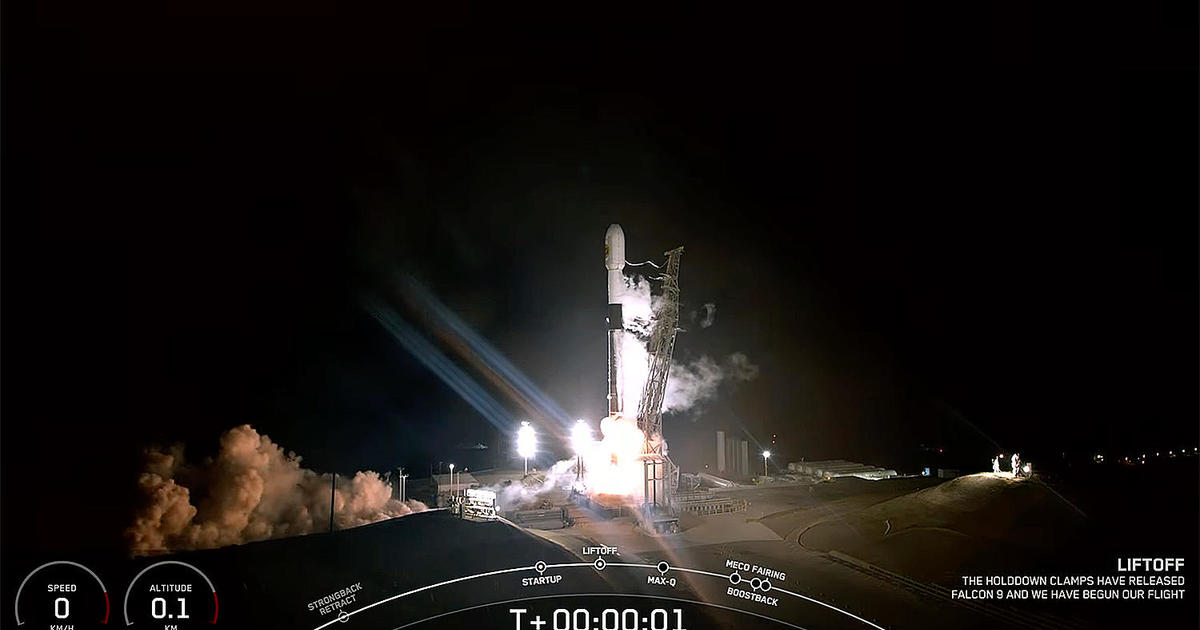 Closing out a record-setting year, SpaceX launched a $186 million Israeli Earth-imaging satellite early Friday, the California rocket builder’s 61st and final Falcon 9 launch of 2022 and its seventh this month, both modern-day records.

Since the rocket’s debut in 2010, SpaceX has chalked up 194 Falcon 9 launches overall — 198 including four triple-core Falcon Heavies — putting together a string of 179 straight successful flights since the company’s only in-flight failure in 2015.

The year’s final mission got underway at 2:38 a.m. EST when the Falcon 9’s first stage engines roared to life, smoothly pushing the 229-foot-tall rocket away from launch pad 4-East at Vandenberg Space Force Base northwest of Los Angeles.

The first stage, making its 11th flight, propelled the rocket out of the lower atmosphere before falling away and flying itself back to a successful touchdown near the launch pad. It was SpaceX’s eighth California landing and its 160th successful recovery overall.

The single engine powering the second stage, meanwhile, fired for seven minutes and 15 seconds, releasing the EROS C-3 satellite into its planned orbit about 15 minutes after liftoff.

The Earth Resources Observation Satellite — EROS — was built by Israel Aircraft Industries and is owned by ImageSat International. EROS C-3 s equipped with redundant camera systems capable of resolving surface features less than one foot across.

The new satellite joins two others already in orbit that are believed to be “commercialized” Israeli spy satellites. Additional satellites, including radar imaging spacecraft, are planned as part of a next-generation constellation.

“In today’s military reality, intelligence gathering is based on speed, accuracy and quality,” ImageSat says on its website. “Meet EROS C, the next generation of remote sensing technology and the core of the EROS NG constellation, one of the world’s most powerful intelligence collection assets.

Company documents valued the EROS C-3 satellite at $186 million, according to Spaceflight Now.

Bill Harwood has been covering the U.S. space program full-time since 1984, first as Cape Canaveral bureau chief for United Press International and now as a consultant for CBS News. He covered 129 space shuttle missions, every interplanetary flight since Voyager 2’s flyby of Neptune and scores of commercial and military launches. Based at the Kennedy Space Center in Florida, Harwood is a devoted amateur astronomer and co-author of “Comm Check: The Final Flight of Shuttle Columbia.”