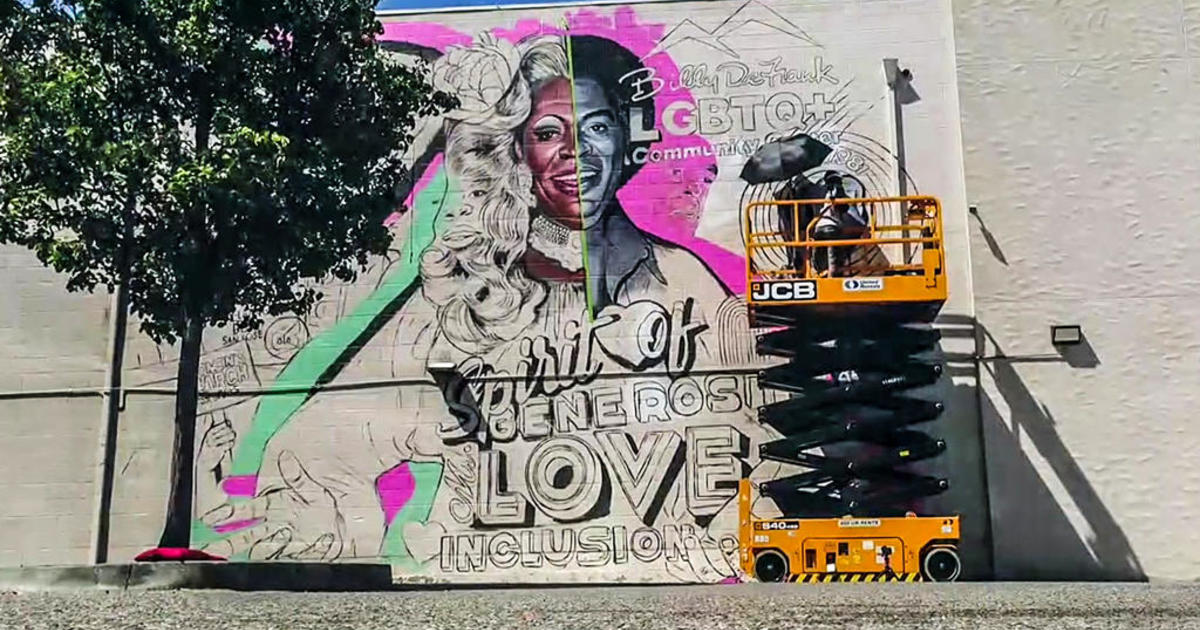 William Price, who performed in drag under the stage name “Billy DeFrank,” was a pioneering activist and community fundraiser. He died in 1980 from a heart attack,  a year before the community center first opened its doors.

Board president Gabrielle Antolovich says DeFrank was proudly Black and gay at a time when it was not always easy to be either.

“They wanted to call it the Billy DeFrank Center because it is a center for everyone the way he was with everyone in the community,” Antolovich said.

Despite bearing his name, Antolovich says DeFrank was largely a forgotten figure or a fading memory for people who visit the popular center now. The oversize mural, which takes up one side of the building, once again put DeFrank’s life and legacy at center stage.

“I’m kind of talking to Billy on the wall and, most of the time, it’s just kind of like: ‘What kind of message would he want?’ And the other half would be like the drag queen half, like, ‘OK, I’m going to make you pretty. You’re going to look fabulous.'” said muralist Serge Gay Jr.

Antolovich says she immediately fell in love with Gay Jr.’s vision for the mural in which DeFrank is depicted both as William Price and Billy DeFrank.

She says the mural celebrates his spirit of love, inclusion and acceptance. She believes the mural both honors the center’s past and provides a roadmap for future generations.

“We want Billy DeFrank to be remembered and it took me a year to find the right muralist who could bring heart to the art,” she said.

Antolovich says a number of donors, including San Jose city councilmembers Dev Davis and Pam Foley, supervisor Susan Ellenberg and the Silicon Valley chapter of the NAACP, contributed to the cost of the mural.